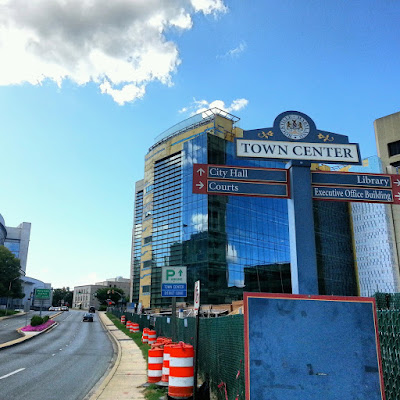 The Montgomery County State's Attorney's office has dropped all charges against seven protesters who were arrested during peaceful protests at the County Housing Opportunities Commission in Kensington. Protesters were advocating for the restoration and commemoration of an African-American cemetery on the site of HOC's Westwood Tower apartments in Bethesda when they were arrested.

Initially, the State's Attorney's office were seeking a deal that would require the seven to never again protest at the HOC. After the defendants stood their ground, all charges were dropped anyway. “We were adamant in our rejection of this plea,” said Dr. Laurel Hoa of Showing Up for Racial Justice - Montgomery County (SURJ). “Plea bargains have become the instrument of choice for DA’s intent on incarcerating black people for minor offenses. We felt it was imperative to reject that offer, particularly since accepting it would have been to relinquish our 1st Amendment rights and would further entrench this odious practice by DA’s across the country.”

In related news, County Executive Marc Elrich joined cemetery advocates led by the sole remaining cemetery stakeholder Macedonia Baptist Church at Westwood Tower last week. Elrich was there to observe an engineering study of the feasibility of replacing the current vehicle access to the rear of the building over the gravesites with another access or parking solution.

“Both Macedonia and HOC have requested that Mr. Elrich set a date for a meeting between us, the County, and Regency Group, the developer implementing the Westbard Sector Plan, to begin the final negotiations toward a long overdue resolution to this impasse,” said Rev. Dr. Segun Adebayo, Pastor of MBC. “We are hopeful that Mr. Elrich will seize this opportunity post haste.”
Posted by Robert Dyer at 7:53 AM

"Protesters were advocating for the restoration and commemoration of an African-American cemetery on the site of HOC's Westwood Tower apartments in Bethesda."

That's the first time I've heard anyone say that they want to "restore" the cemetery, rather than just leave it under tens of feet of asphalt, gravel and fill dirt, and build a "memorial".

I remember how you said Hans Riemer was bad because he got arrested during a protest.

5:30: Macedonia and the coalition have said for some time that it's not acceptable to leave the cemetery "as is" under pavement.