Welcome to the first installment of The Dark Side of White Flint.  This ongoing series will sporadically explore the side of urban renewal ignored by the local media.

Pick up any local newspaper, or visit news websites, and you'll get plenty of good news about the urbanization of the suburbs. A local official, who won office with six-figure developer donations, might pontificate about how he's going to modify your behavior in the new White Flint.  A smart growth group might even give the new White Flint an award. Before it has even been built.

In reality, the White Flint Sector Plan gave away the store - and multiple tax breaks, one worth $72 million alone, even as taxes skyrocketed on the poorest in Montgomery County - to developers.

One thing we heard alot was that this was a 20-30 year plan. Reality again is quite different. Permits have been issued. Buildings are going up.

The destruction of White Flint Mall was years off, we were told.

Wrong again, and here - in this first installment - is the photographic proof.

I've heard much good news in the press, but no report of demolition having started at the mall.

White Flint Mall opened in 1977. It's not that old, and was always one of the nicest in the DC area architecturally.

File the demolition of White Flint Mall under "First World Problems." Many economically-disadvantaged towns and nations would probably love to have a mall like White Flint. To knock a relatively-new structure of this quality down is, frankly, hoggish.

Just within the last two years, a mall spokesperson claimed White Flint was 100% leased. Now much of the mall is vacant. Business was going well, and Lerner was profiting. But more profits were deemed essential, no matter the impact on small businesses or nearby residents.

A grand structure will fall, along with the dreams of many businesspeople, and another bland "town center" will rise in its place.

Contrary to rosy media coverage, success is not assured. Three JBG projects, and Federal Realty's massive Pike and Rose development, are likely to draw customers away from White Flint Town Center. Is the residential and customer base large enough to support up to 5 or 6 town centers - with expensive restaurants, boutiques, and entertainment prices - within less than a mile of each other?

Meanwhile the wrecking machines are carrying out the grim work of demolishing a perfectly-good building. Welcome to the dark side. 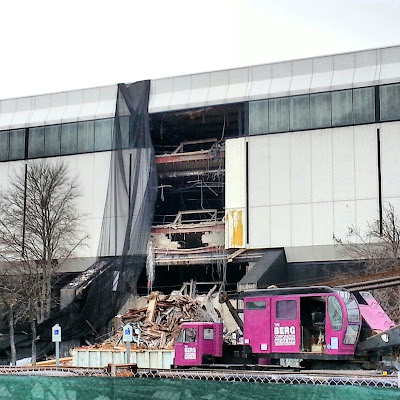 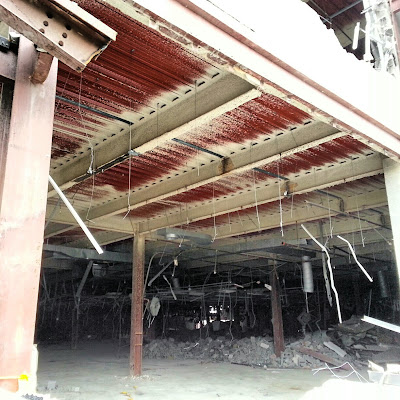 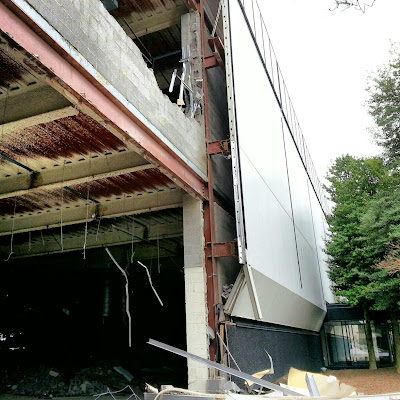 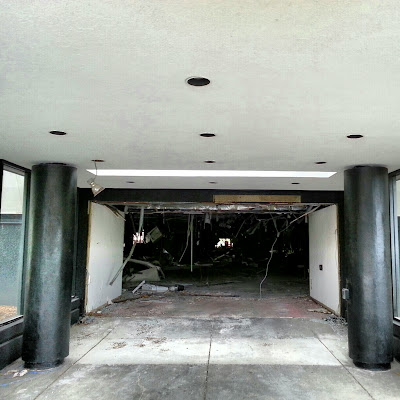 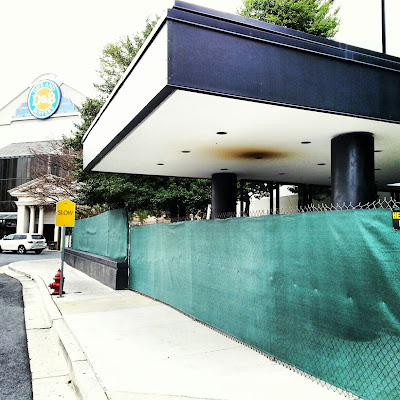 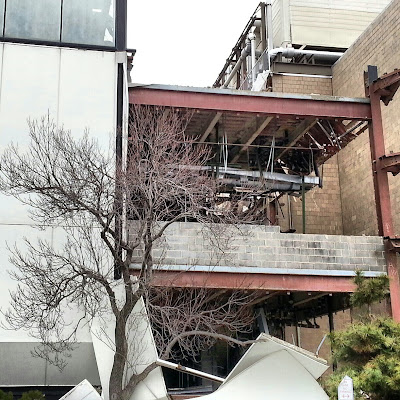 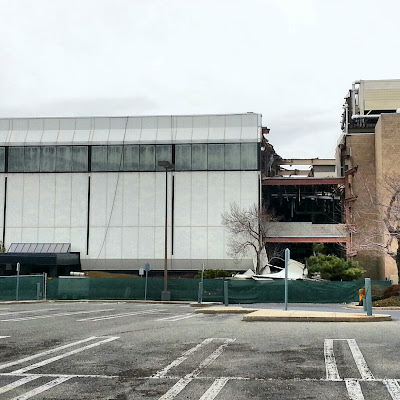 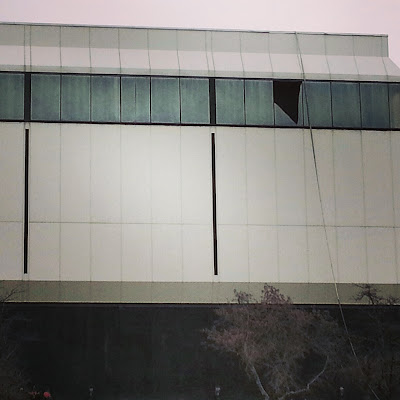 From a female perspective, the issue with White Flint has always been its architecture. Too many corners you can't see around, both in the mall and the parking structures, and it's all too dark by design. If you're a woman alone, it's, frankly, creepy to go there. I live a mile or so from there but shop those stores at Tyson's, because it feels more open, airier, and safer.

Not sad to see this mall go. It's a shame it was doomed to fail, but I'm looking forward to a little more upscale local shopping that doesn't creep me out.

I wonder why they didn't just renovate the mall, like Tysons did. Tysons is very popular.

Are those photos from the entrance where the bookstore used to be?

"Is the residential and customer base large enough to support up to 5 or 6 town centers - with expensive restaurants, boutiques, and entertainment prices - within less than a mile of each other?"

You know each of the town centers will have new apartment buildings, right?

It always has seemed less safe than Montgomery Mall. The merits of the purely aesthetic aside, I know what you mean about that.

Yes, but they'll all have to be occupied by people wealthy enough to dine out every day there, which is quite expensive when you add it up. Movie tickets are going to be over $20 apiece, as I recall. In my opinion, this is not sustainable.

Yes, I think Tysons and Arundel Mills are far better models than having another cookie-cutter town center.

I suspect the older theaters, like Regal Rockville in town center, will be under pressure to upgrade with atleast 2 new theaters opening down the Pike, a new one at Montgomery Mall, etc.

The new ones with reserved seating, bottle service, etc sound terribly expensive though.

Some would say 1970's shopping malls with huge surface parking lots and corresponding traffic are not sustainable...

It could leave a niche in the market for a well-run theater with standard pricing, that emphasizes customer service and highest quality film screening over luxury perks.

There will be more traffic under the new White Flint sector plan than there would have been without it. Every 1000 apartments comes with 800 new cars. It's going to take far more public money to sustain the new White Flint, than it currently costs Lerner to privately maintain their mall parking lot.


70s malls are sustainable. Our traffic issues stem from not finishing the 70s roads to support all the development that took place.

Creepy? Unsafe? Are you nervous by nature or something? There has never been a crime problem anywhere near White flint. Perfectly safe for kids by themselves and had been since 77. It definitely needed an upgrade, but perhaps the word you're searching for is "lonely"

Just to clarify for readers, I believe this commenter is addressing a comment posted above, rather than my article itself. I did not say White Flint was creepy or had a major crime problem. I'm the guy who *opposes* tearing down the mall.

I will miss White Flint, having grown up first in Bethesda and now near Glenmont. Border's was great there, as well as the original eatery. I worked at the 1st Smithsonian store off the mall and they always had a wonderful Santa Claus. I spent much money at Suncoast Videos.and Oh, Williams-Sonoma! what a store. How sad, Montgomery Mall is too far.

My 1st job was working in the Eatery...will miss White Flint...