FAIRMONT AVENUE SIDEWALK PARTIALLY REOPENS ON ONE SIDE (PHOTOS) 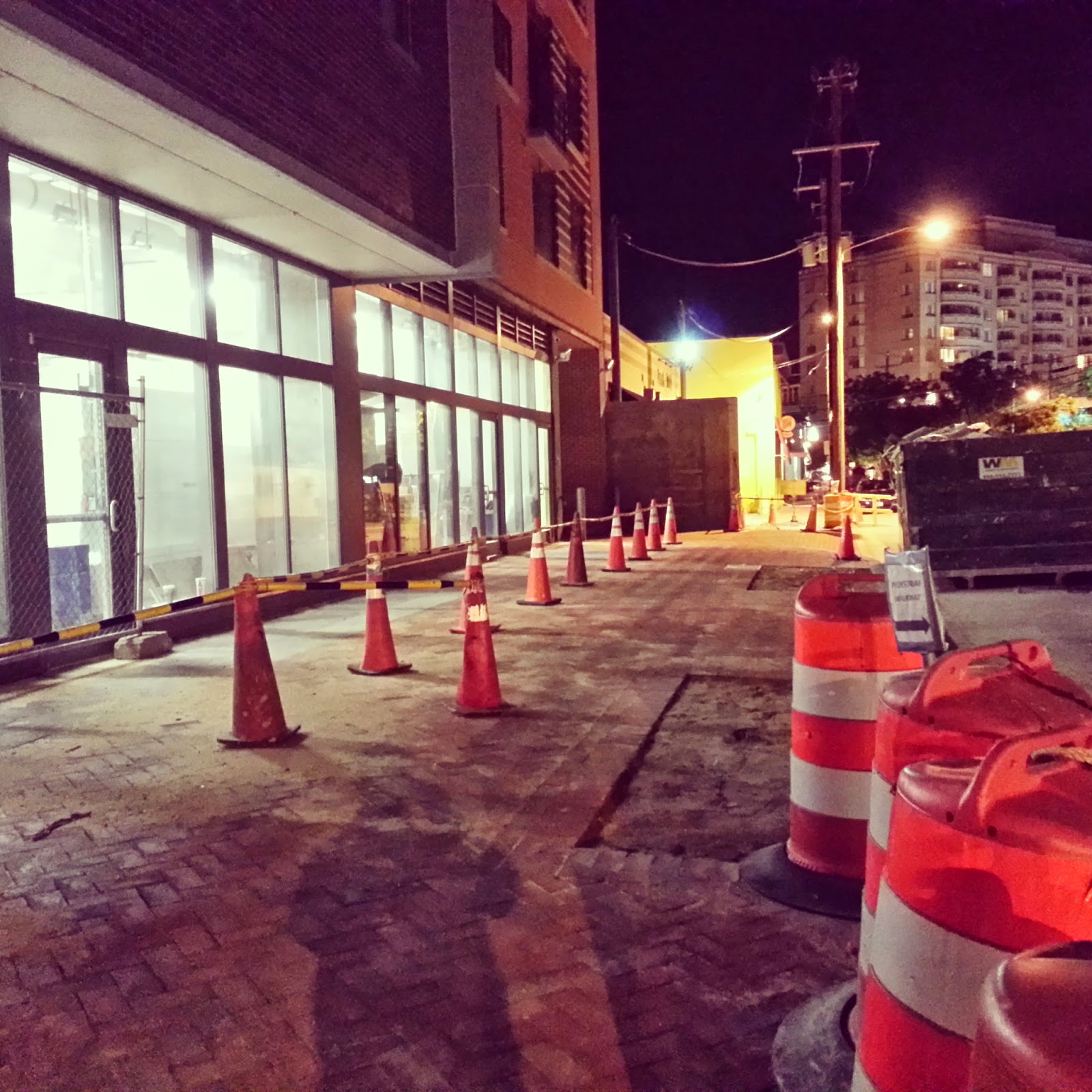 They're getting warmer towards legal on Fairmont Avenue. The sidewalk on the Bainbridge side is partially reopen, and a wooden ramp has been installed at the curb. In addition to the roundabout route on that side, the sidewalk on the other side of the street remains closed alongside the 7770 Norfolk construction site.

While the situation over the last two weeks there has been deadly-serious, it's been hysterical to witness just how long the county was willing to let it go on, even as the politicians hype their pedestrian safety campaign. Rather than linking to my blog, to give pedestrians a heads-up on this dangerous situation, the Bethesda-Chevy Chase Services Center was linking to media reports about "What should we call White Flint?" in its taxpayer-funded email newsletters. Gosh, that's clearly the more important issue.

We have a long way to go in this county on functional ADA compliance, starting with the Bethesda Post Office fiasco, and most recently on Fairmont Avenue.

I spoke to Roger Berliner about the sidewalk mess on Fairmont at an event Thursday evening, and he said this situation - in theory - should never arise, after his sidewalk bill became law years back. He said developers can request a waiver in certain circumstances, but that public sidewalks should remain open otherwise throughout construction. That's clearly not the case on the other side of the street, where the sidewalk has been entirely closed at the 7770 project for months. I don't know if the ramp and other changes were already planned, or the result of Councilmember Berliner intervening. Also unknown, is whether either developer has a waiver to close the sidewalks for this length of time, and what are the conditions under which such a waiver can be granted.

Let's see what happens this week. 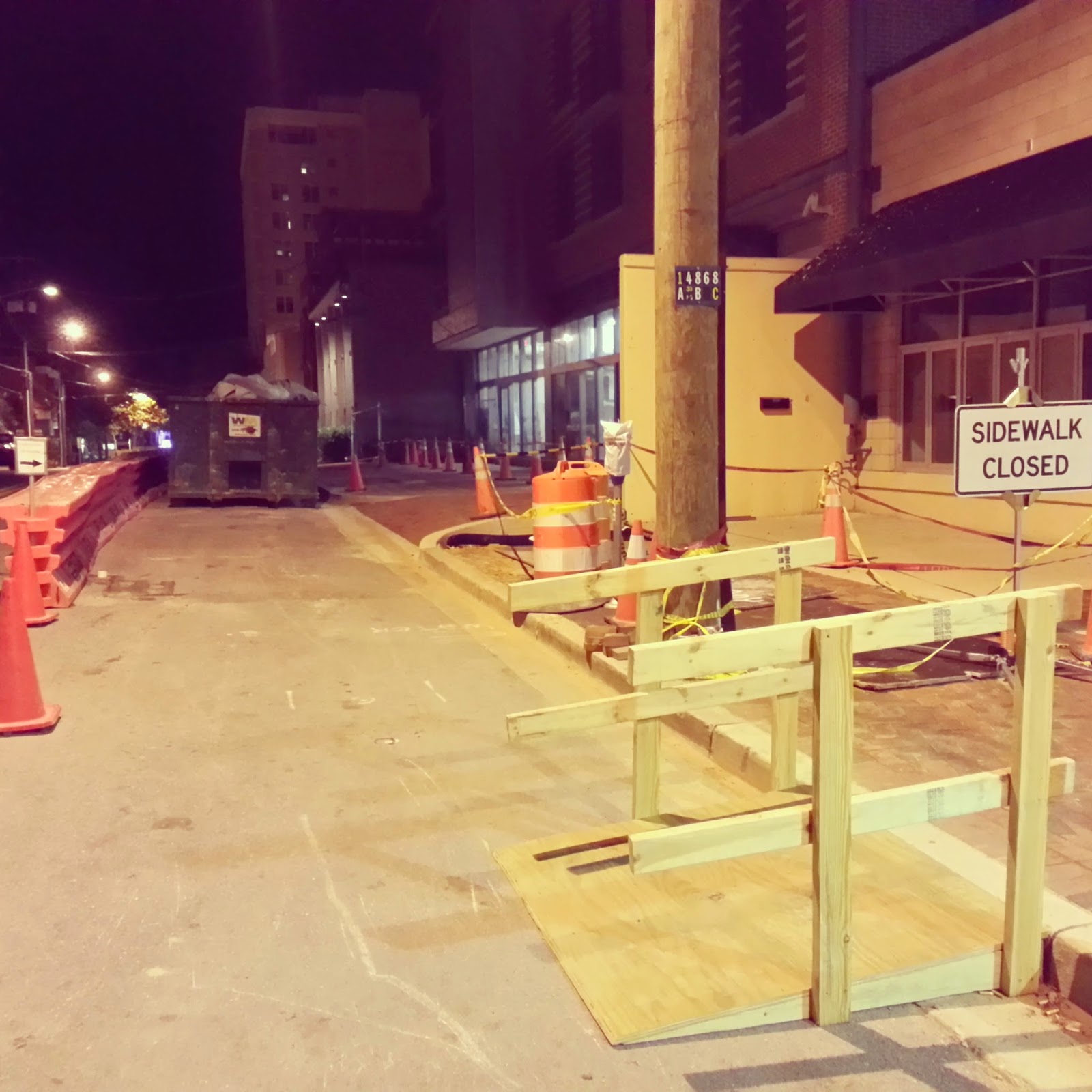 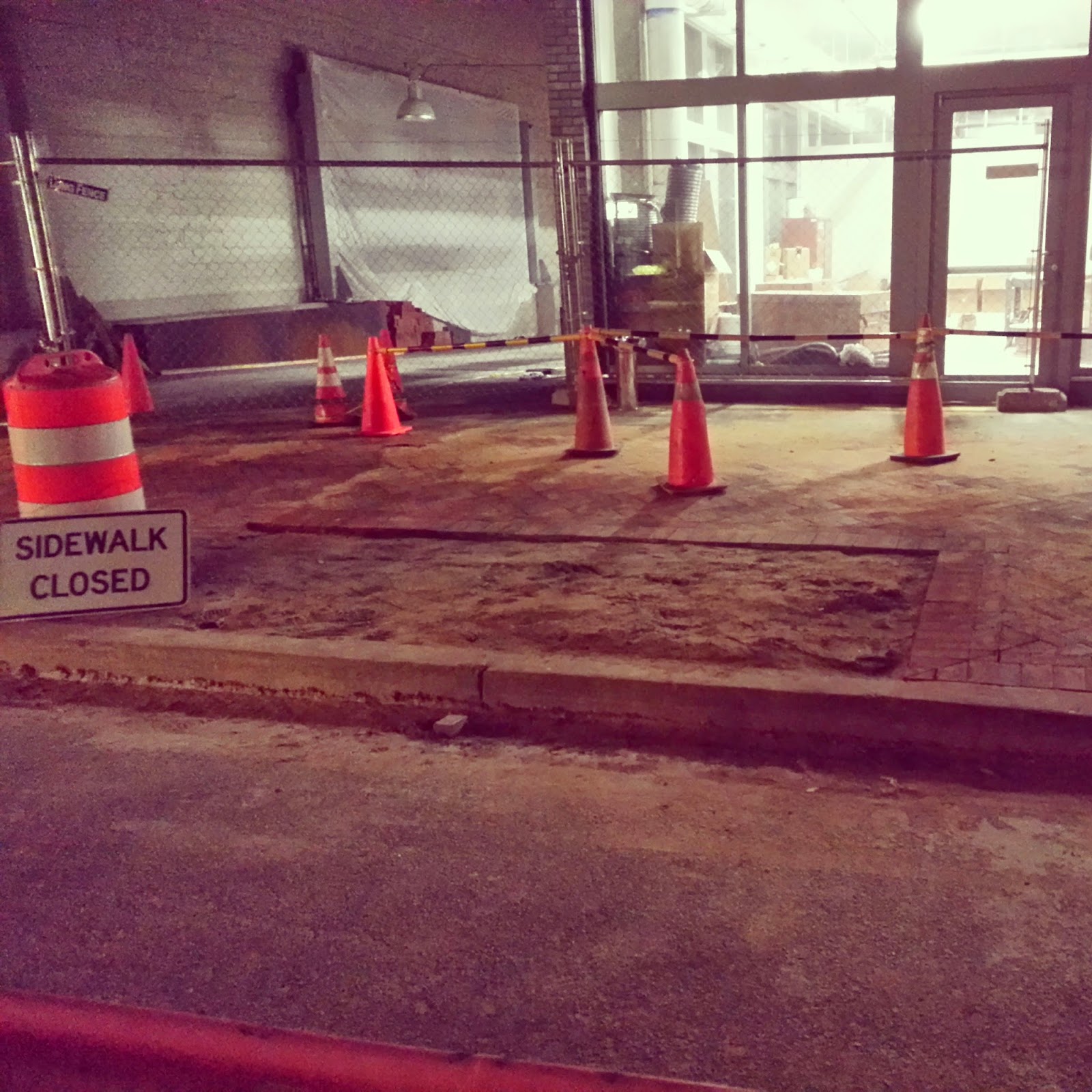