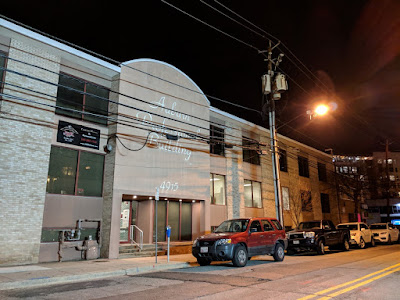 The redevelopment of the Auburn Professional Building, an office building at 4915 Auburn Avenue in Bethesda, is still moving through the approval process a year and two plans later. A public meeting on the latest proposal has been scheduled for March 7, 2019 at 6:30 PM at the Bethesda-Chevy Chase Regional Services Center, West Room A, at 4805 Edgemoor Lane.

Has anything changed since the meeting last March? The proposal now calls for up to 180 residential units, and 12,500 SF of ground floor retail space. That is 10 more units than were proposed a year ago.
Posted by Robert Dyer at 5:00 AM