TRADER JOE'S SAID TO BE ANCHOR TENANT AT 7900 WISCONSIN AVE. IN BETHESDA 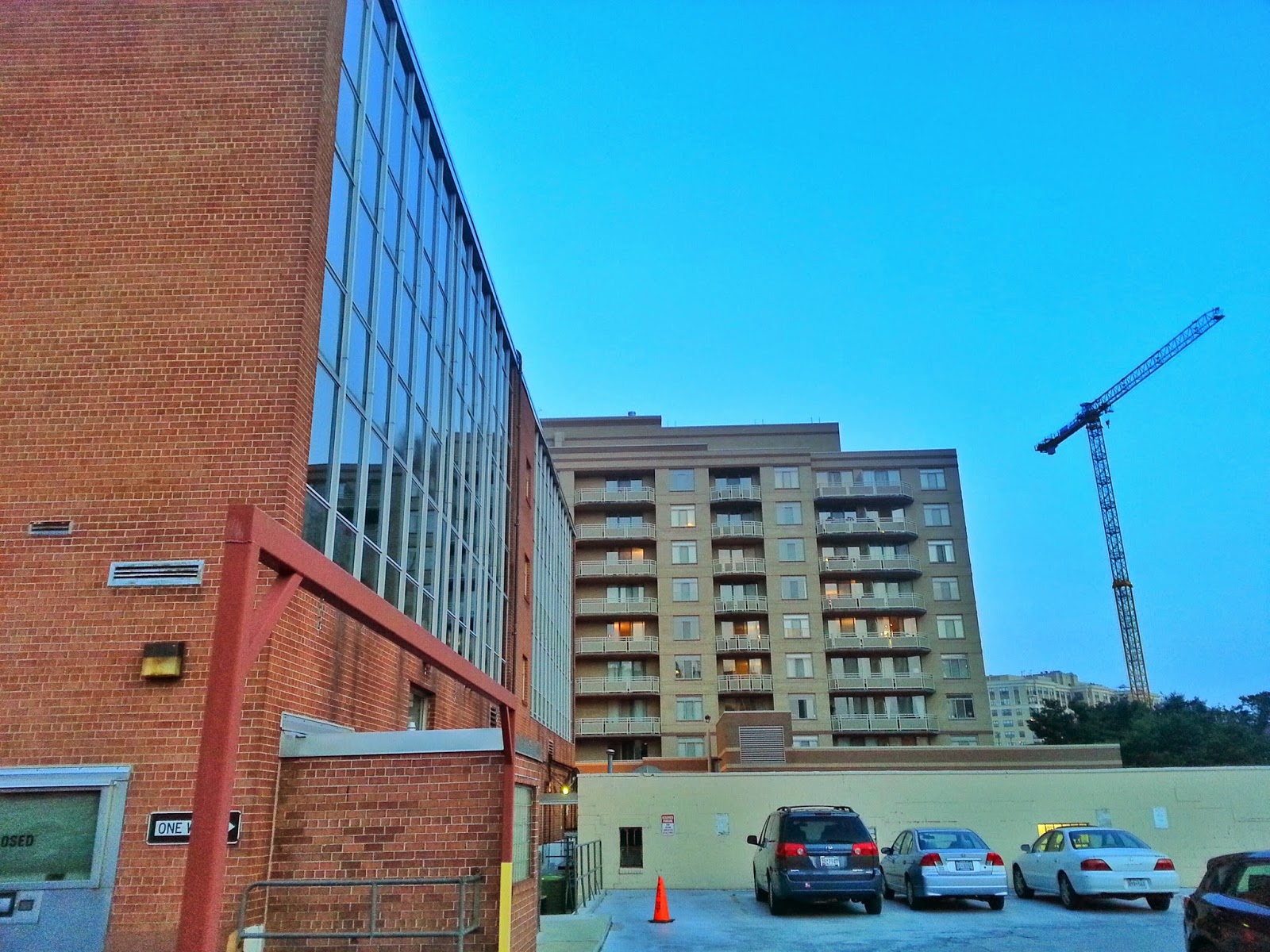 A Freudian slip last night led to the revelation that JBG has found a big name grocery store tenant to anchor its 7900 Wisconsin Avenue mixed-use project. Representatives of the developer, and Clark Construction, briefed the Board of Directors and residents of the nearby Fairmont Plaza condominiums at a standing-room only meeting Tuesday evening.

During the presentation, a JBG representative said a national grocery store chain had signed a lease for 13,000 square feet of retail space. Pressed on which chain it was, the representative declined to identify it. Later, he identified a parking area as designated for "Trader Joe's" customers. After attendees noted he had just revealed the grocery store's name, he expressed regret at the gaffe. In such a large gathering, the cat was unfortunately out of the bag, to the delight of some Trader Joe's fans in attendance. Despite the slip-up, don't expect official, public confirmation of the signing at this juncture by the parties involved in the project. By the way, there is already a Trader Joe's in downtown Bethesda, in the Shops of Wisconsin at 6831 Wisconsin Avenue.

The 17-story apartment building will also house 8,000 SF of restaurant space, a key factor in activating the nicely-designed public plaza between Wisconsin and Woodmont Avenue. There will be 4 levels of underground parking for residents, and Trader Joe's and restaurant customers. They do not expect blasting to be necessary for the garage, as they will utilize machinery to remove rock.

After the Bainbridge excavation, the potential for adjacent properties to be damaged during the excavation process seems to be foremost on everyone's mind. Concerns raised regarding potential damage to Fairmont Plaza were dismissed, based partially on the fact that Fairmont Plaza's foundation is further below ground than 7900 Wisconsin's will be. One sensitive factor is that - while the units in Fairmont Plaza are separated from the 7900 project by a ground-floor retail and garage entrance extension, its underground garage does border the dig site for 7900 Wisconsin. That matter will be dealt with by JBG and the owner of the Fairmont Plaza garage, representatives said.

Construction is scheduled to commence in January or February of 2015, and the site will eventually host two tower cranes. The construction will take 28 months to complete. As expected, this demolition and construction schedule does not correlate with the owner of Fitness First's statement that his gym would remain at 7904 Wisconsin Avenue through 2019. That building will be torn down as part of the construction starting in early 2015. The upshot at last night's meeting was that those details could not be discussed publicly right now.

One other issue brought up, was the potential for the luxury apartments in 7900 to be converted to condos. Not likely, according to JBG. There is a 70-year land lease on the 7900 site, and land leases discourage development of condominiums.
Posted by Robert Dyer at 5:00 AM

Bethesda is long overdue for a Trader Joe's upgrade. Besides being great for the immediate residents, that location will make it a very easy place to stop in and grab a few things after dinner in Woodmont Triangle. The current location gives me the angries on many levels (narrow aisles, terrible parking garage, etc.)

I would love for Trader Joe's to navigate the labyrinthine MoCo liquor regulations and make that their one county location that sells beer & wine (e.g. Shopper's in Germantown, the former Magruder's in Gaithersburg, and have heard anecdotally that a Safeway in Silver Spring sells beer & wine).

Would the old one stay open?

It's good to see a building bringing something to the community and not just opening a dry cleaners and deli on the first floor.

They seem to be confident that they can move Fitness First out. I really hope so.

In previous articles on BethesdaNow the owner seemed to be convinced FF was staying put. Based on his attitude in the comments I wouldn't be surprised if he was extorting JBG to find a larger, nicer place for them.

The Fitness First folks always sounded delusional to me. I'm surprised anyone too them serious when they guaranteed that their gym was going to be there for the next decade. They really thought their old gym was going to hold up a major development? They are literally the only tenant in a crumbling old building.
Gold's wanted nothing to do with that location.

There are half a dozen places within a block or two.?!?

While they may not win the fight to stay, I always imagined they were planning for settlement money, and that they intentionally left it out of the Gold's deal?

Here's a follow-up article saying that JGB won't confirm the whole TJ's statement (naturally) and that they are in talks with multiple stores. What ever happened to Harris Teeter? Here's the article; http://dc.urbanturf.com/articles/blog/trader_joes_coming_to_bethesda_apartment_project/8801