Here's a preview of what just might be the best public art display in downtown Bethesda: the LED light sculptures by artist Jason Krugman that will take center stage in the future pedestrian plaza between the Gallery Bethesda and The Rugby luxury apartment towers. Just 3 weeks ago, Full Twist was nearing completion in Krugman's studio. Now it is on-site here at the Gallery Bethesda (which is nearing completion itself, and already pre-leasing), and lit.

As we all know, not all public art is created equal. But in my opinion, these LED mesh works look fantastic so far. And, like the steam engine depicted at Bethesda Row, they are actually related to Bethesda history, and the site itself.

The "Full Twist," as you may note in the photos below, has the same number of horizontal lines as the musical staff you would read from on sheet music. And the twisting form? That's inspired by the musical landmark that once stood on the site, the Twist and Shout.

Not a full-fledged nightclub per se, the Twist and Shout was operated on the first floor of the Bethesda American Legion post on Auburn Avenue until closing in 1998, if I recall correctly.

I don't know if you agree, but to me, the sculptures are already giving some life to the space even with no one there yet. You can also interpret these another way: the metal on either end of the twisted mesh could represent the Gallery and Rugby (tentative name) apartment towers, and the twisting light the human activity on the plaza between them.

Of course, die hard fans of the Twist and Shout could justifiably say they don't make up for the venue itself. But it closed long before this development was proposed. And the sculptures do what I would like to see more of: provide a ongoing reminder of lost Bethesda history. Every time someone asks what these sculptures are, the memories of the Twist and Shout (which did not host the bands and artists I was following at that age, for the most part) will be passed on. The Georgetown Branch railroad was significant historically, and as a B&O Railroad engineering triumph. That ought to be acknowledged today downtown, and in the Westbard area when it is redeveloped. If you can't keep the thing itself, at least give it its due. I believe these sculptures are a big step in the right direction.

One of the most-heard requests at the charette for the downtown Bethesda sector plan update was for more public space. Ironically this one is already planned to come online, along with future ones at the Bainbridge Bethesda and the JBG project by Fairmont Plaza. With stringed overhead lights installed, and restaurant and retail tenants in place, the Gallery/Rugby plaza could be "the place to be" in the Woodmont Triangle sooner rather than later. 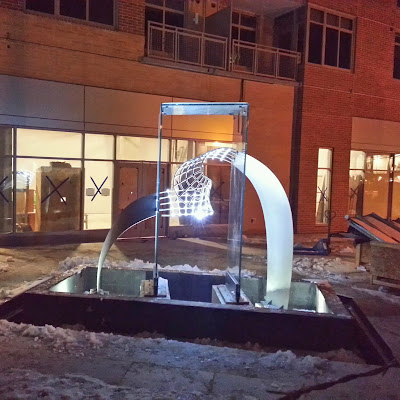 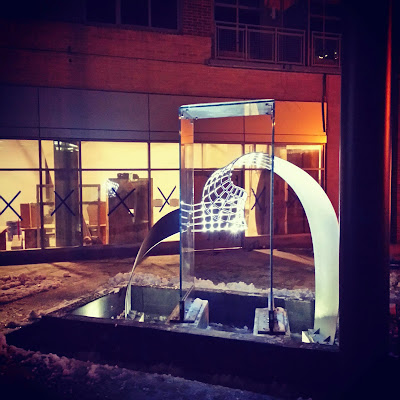 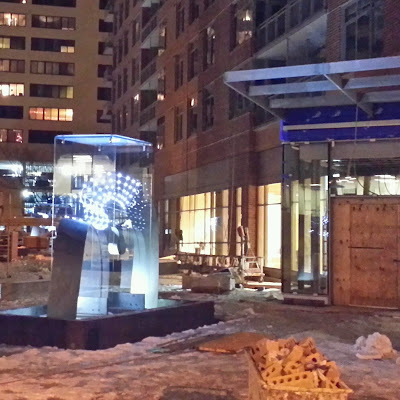 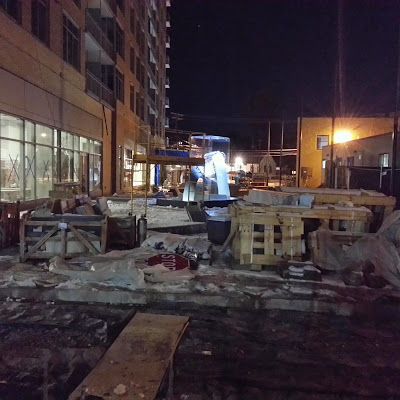 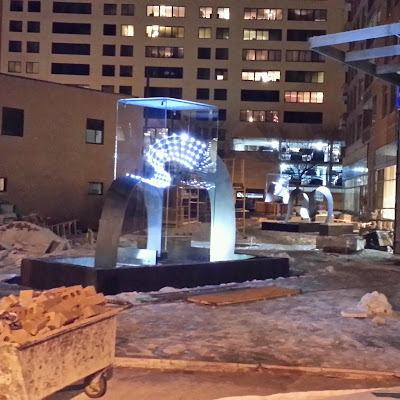