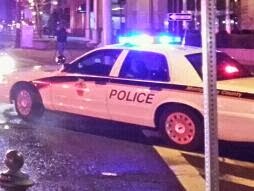 Three thefts were reported in close proximity in downtown Bethesda on Monday,  according to crime data. Thieves also struck at the Chevy Chase Club on Connecticut Avenue, and returned yet again to beleaguered Baltan Road in Sumner. The latter street has been victimized again and again by one or more thieves in recent weeks.

Here's a roundup of crimes reported across Bethesda on December 23: