The Montgomery County Department of Parks has released 3 potential concepts for the renovation of Caroline Freeland Park on Arlington Road at Elm Street. One would only be surprised if they did not generate community discussion and disagreement. Part of that is inherent in the park's location.

Caroline Freeland Park sits at the edge of what is arguably the most successful area of urban redevelopment in Bethesda, and possibly America: Federal Realty's Bethesda Row. But it also backs up to a quiet, residential neighborhood. Can a park serve the needs of both audiences? And, is it even that simple, given that children from both Edgemoor and the downtown both utilize the park?

The general reaction at the March 12 meeting reflected these seemingly disparate goals. Consideration that "this park is adjacent to people’s homes," led some to suggest that the playground portion of the design be moved further into the park, to provide a buffer. At the same time, with the urban population of downtown Bethesda growing rapidly in the coming years, will these designs be adequate for the sheer number of downtown children who may want to use it? 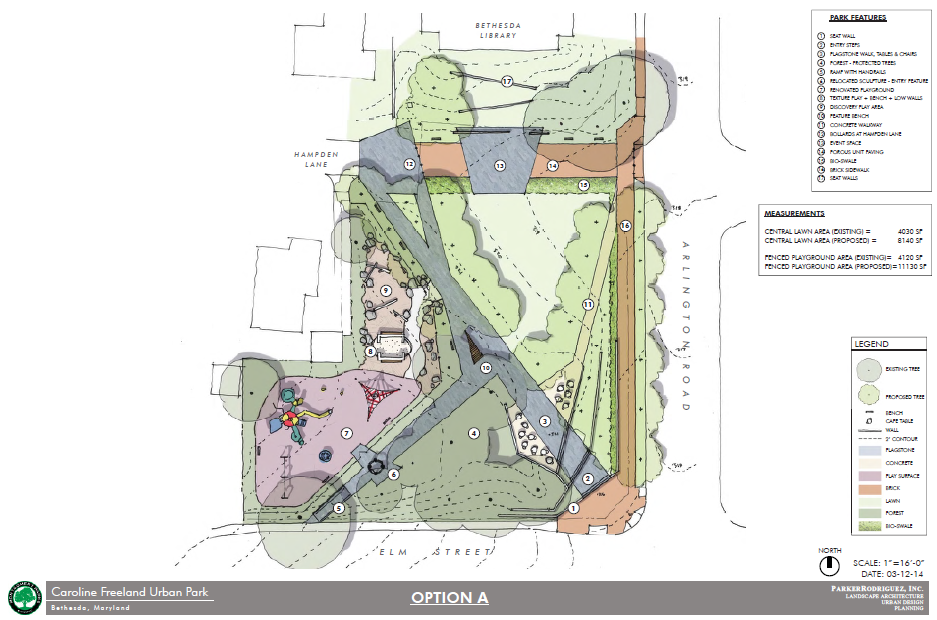 Some felt Option A's strengths were its open nature and flexibility that would allow for creative use by a variety of age groups. Open space and seating received some positive feedback, with moveable seats thought to be better than picnic benches. One residential neighbor felt the playground in Option A was too large, and would generate more noise than a smaller one. 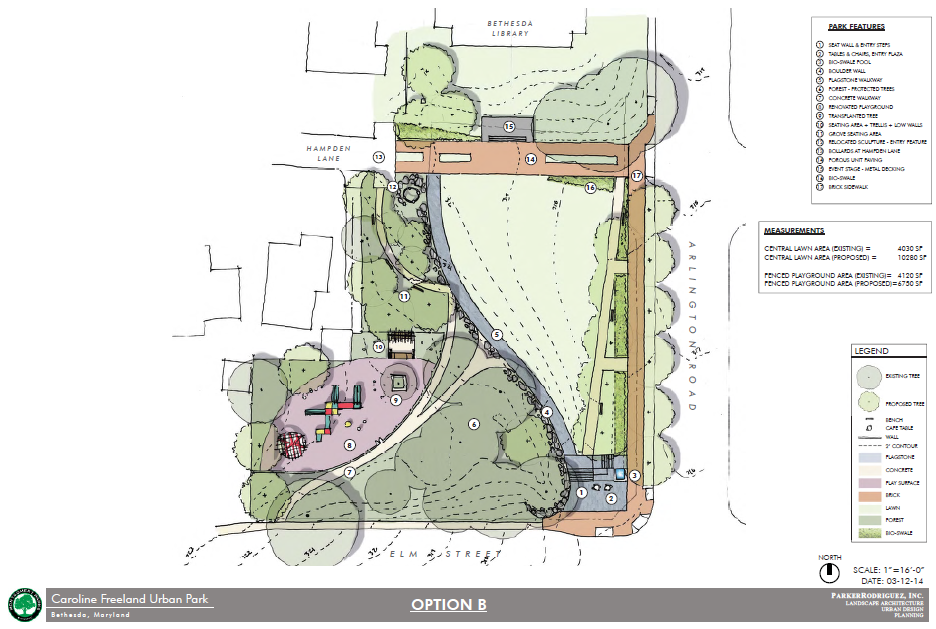 Water features, and various fountains in particular, are nearly ubiquitous in town center designs these days. But some are not so enamored of them. Concerns about misuse of the water feature in Option B, its proximity to busy Arlington Road, and even mosquitos, were expressed by some. The larger lawn area, path designs, and reduction of pavement were seen as strengths in Option B. It was suggested that the large green area may need more trees for shade.

Safety issues regarding the use of boulders, and the potential for children using the grass area close to Arlington Road to chase balls into the street, were among the downsides. 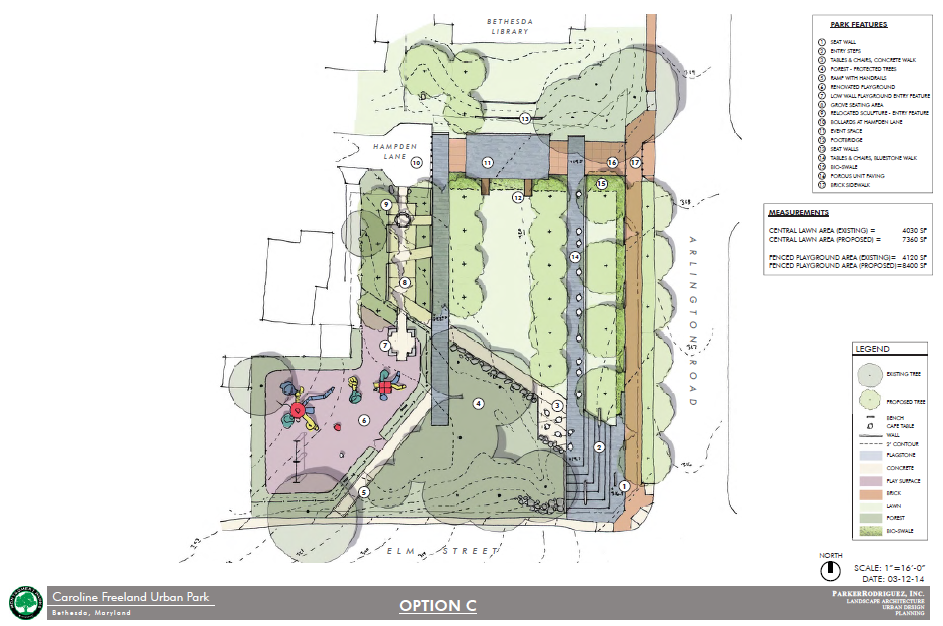 The location of the park seating in Option C was thought by some to be more ideal, and further from the noise and activity just beyond the park borders. Of course, the park is not that big to begin with, so it's an unlikely place for one to seek a national forest/Grand Canyon-type nature experience.
Posted by Robert Dyer at 7:00 AM