THE STORY BEHIND THE NORFOLK SIDEWALK CLOSURE IN BETHESDA (PHOTOS) 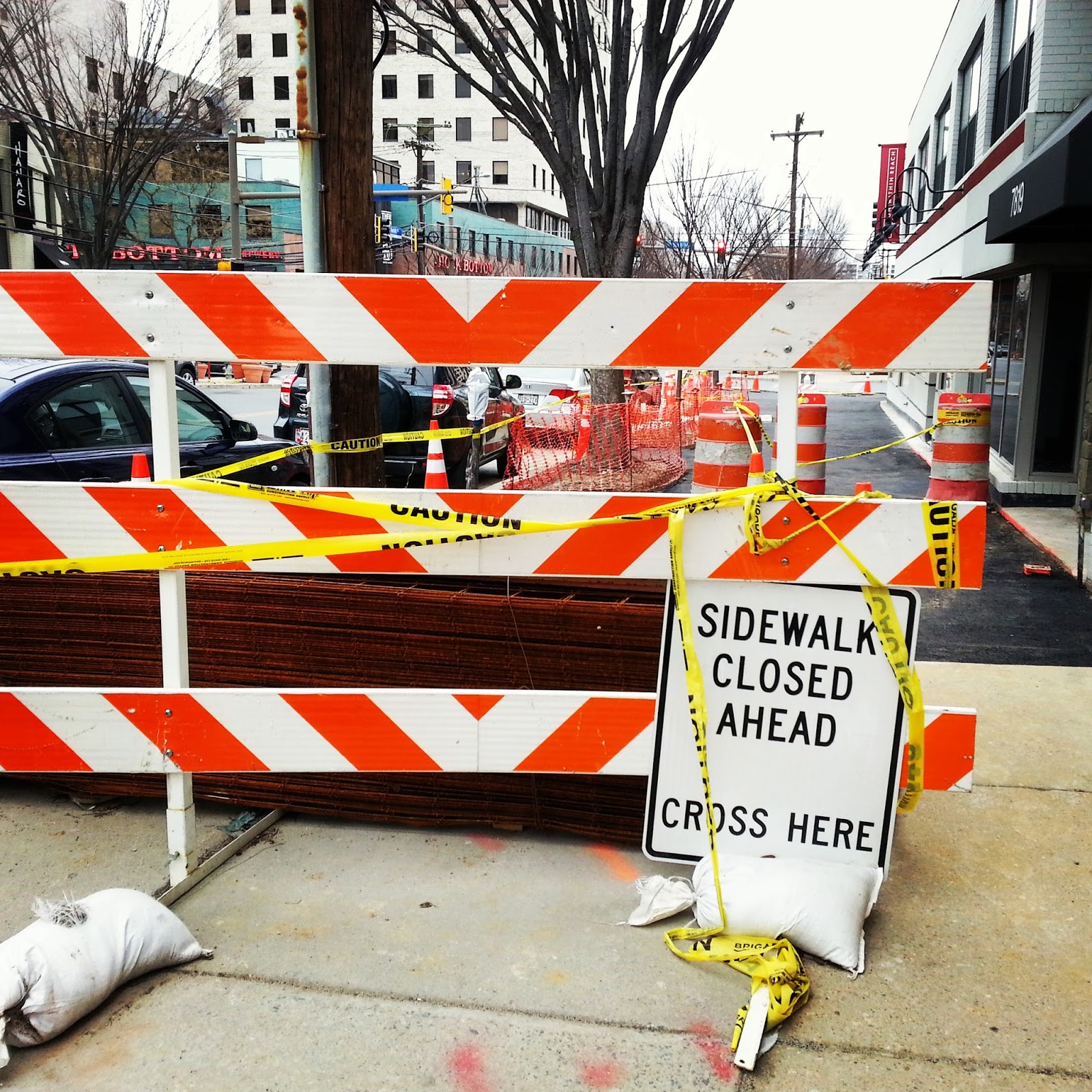 The temporary inconvenience of the closed sidewalk and street parking along one side of Norfolk Avenue, near St. Elmo Avenue, is part of a long-range sidewalk upgrade for the Woodmont Triangle.

According to the unofficial mayor of Bethesda, Bethesda Urban Partnership's Executive Director Dave Dabney, the sidewalk work was made possible by a nearby development project. Bainbridge, developer of the 17-story Bainbridge Bethesda luxury apartment tower, agreed to contribute toward the master plan "Bethesda Streetscape" vision, when it gained approval for the building's site plan.

What you see in these photos is only a layer in the process. Soon, a layer of brick pavers will be applied on top. Eventually, Dabney says, this upscale design will be extended throughout the Woodmont Triangle area on Fairmont Avenue, St. Elmo, and other stretches of Norfolk.

This will give them an appearance more like the sidewalks found in other parts of downtown Bethesda, and around Bethesda Row. 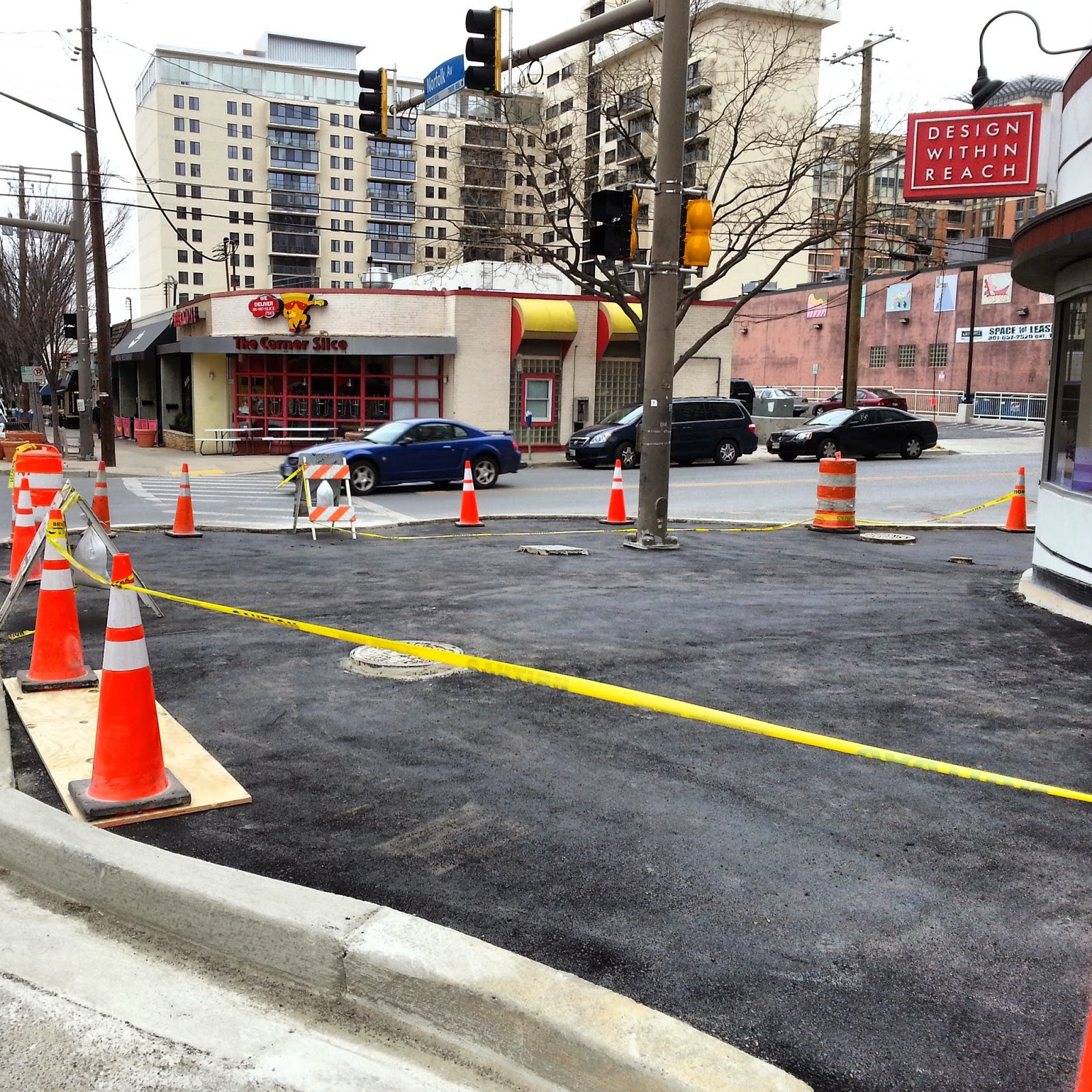 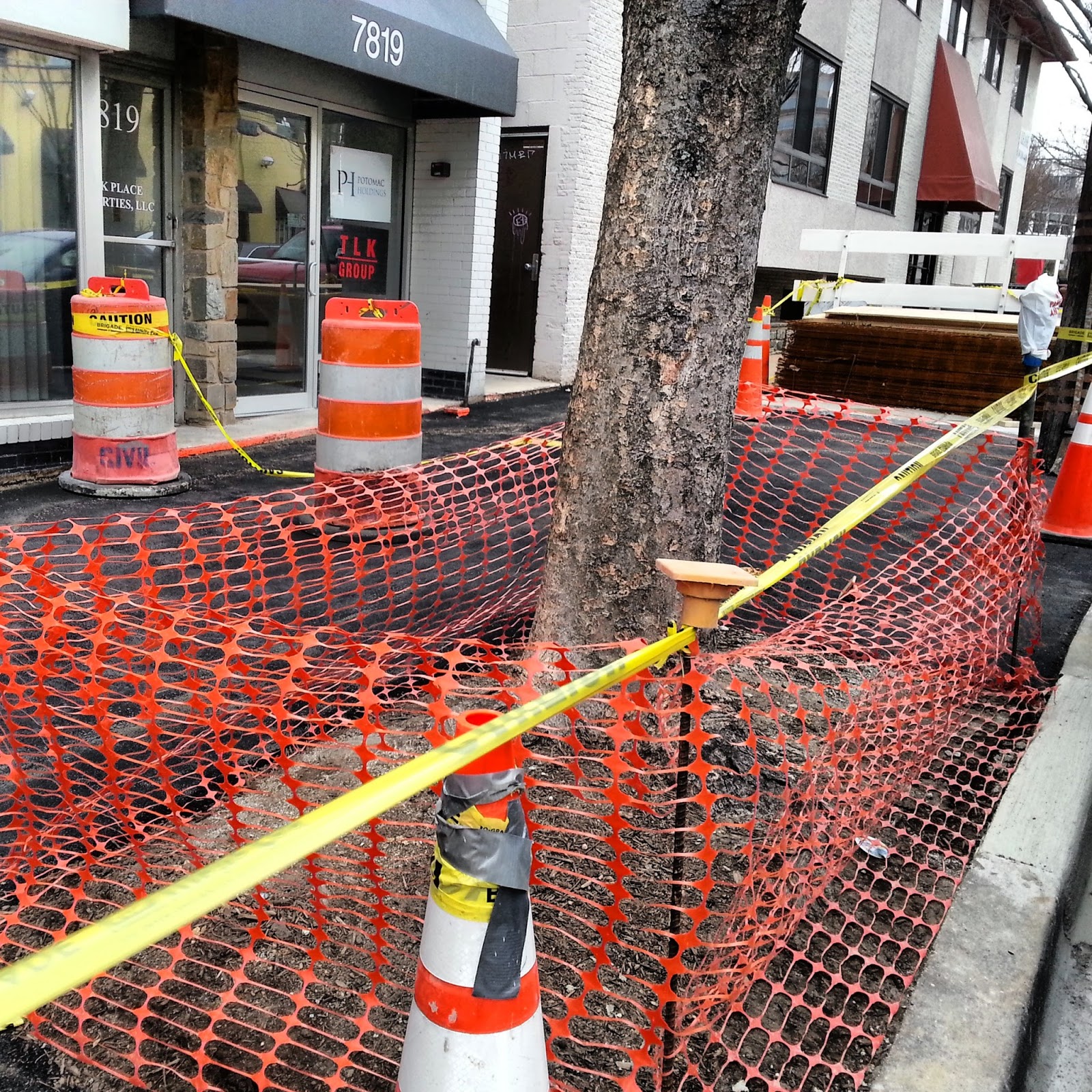 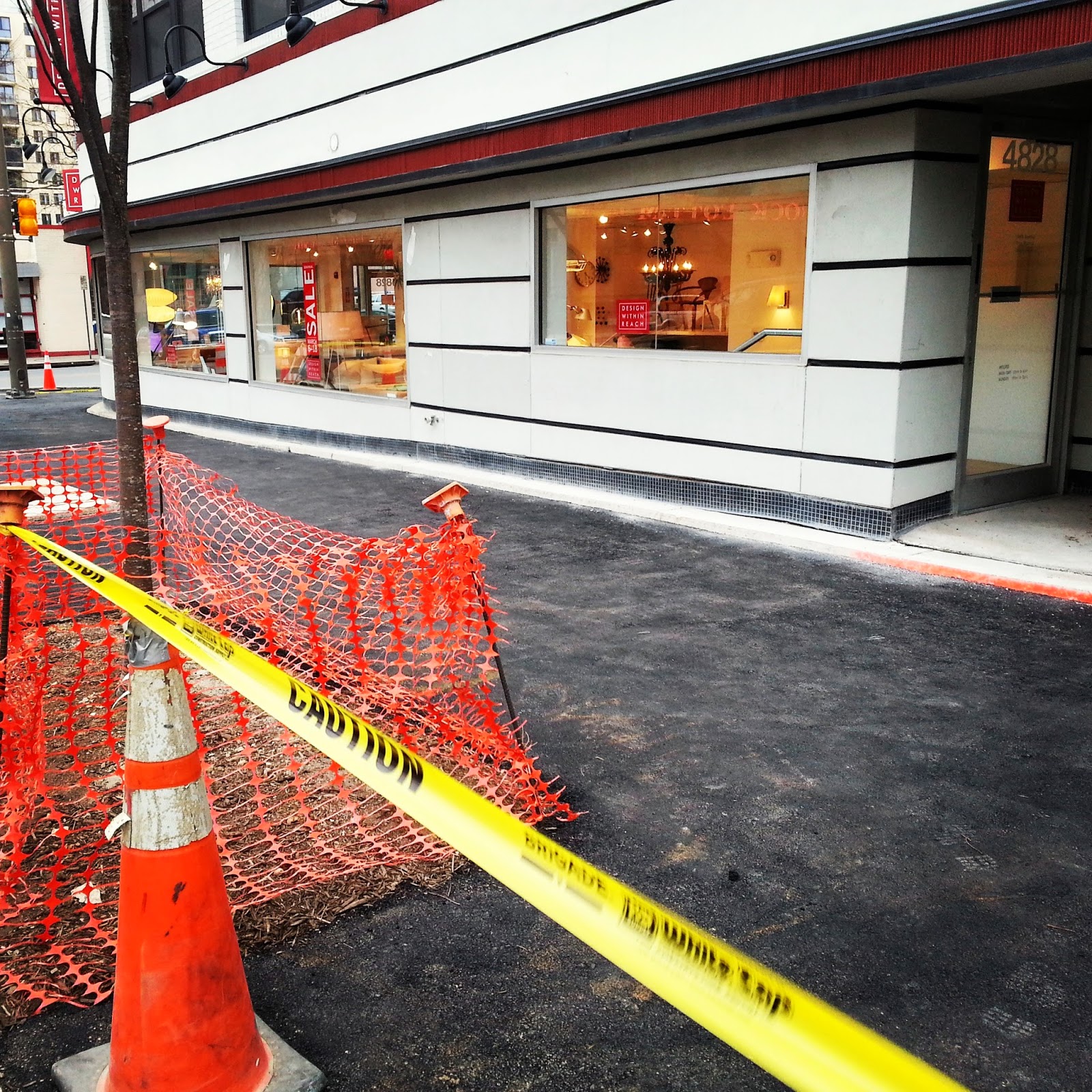