Beyda's Lad and Lassie to close in Bethesda 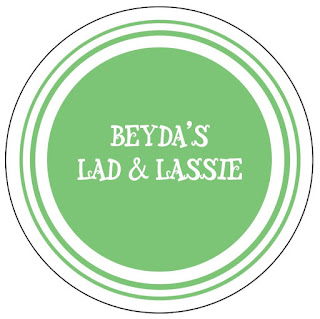 Venerable children's apparel boutique Beyda's Lad & Lassie is closing in the Westwood Shopping Center in Bethesda. The store has operated there for over 40 years. This is the second significant closure at the unusually-stable strip center on Westbard Avenue in the last year. Both Lad & Lassie and RadioShack have been fixtures in the neighborhood for decades.

The store even had a visit from Maryland Comptroller Peter Franchot last August, as he promoted the benefits of Maryland Tax-Free Week.

Lad & Lassie says it will close sometime in the next few weeks, and a closing sale is underway that includes everything in the store.

I have many memories of going to the store during my elementary school years for uniforms, clip-on ties, and much more. To give you an idea of how high-quality the merchandise was, I bought a wallet there in the 1980s that I still use today. Obviously, much time has passed since I've had to shop there, but it's sad to see the quality and convenience of Lad & Lassie depart for future generations.

Every retailer in the Westwood Shopping Center is concerned about what the future holds for this set of small businesses, which have become part of the fabric of the community in the last 30-40 years. The Westbard Sector Plan headed to the Montgomery County Council for approval contains no solid provisions to protect these mom-and-pop independent shops from getting the boot when the center is redeveloped in as little as two-to-three years from now.
Posted by Robert Dyer at 7:21 AM

Sorry to see them go; the Beydas have been like family to those of us who have long patronized the shop. They have provided the classic, high-quality clothing that is hard to find in the chain stores. Not everyone wants a Ralph Lauren logo on their children's clothes. They will be missed!

Trying hard not to sound like a cynic...but I have NEVER heard of this place until this particular post. And I have 2 kids who are now 9 & 10, and if I knew of this place I would at least have tried to look around there.

Sounds to me like a combination of factors at play: lots of other local/national competitors, lack of advertising, and probably owners retiring.

Very sorry to see a second small shop leave Westbard Center. Those who appreciate the neighborhood character of the center should check out and consider signing the petition at Change.org, to keep Westbard at neighborhood scale.

Visit www.change.org and search for Westbard. As of January 18, over 700 of your neighbors had signed the petition.

The community is looking for many more signatures before the County Council considers a proposed redevelopment plan-- which would add buildings of 6-11 stories, adds a *minimum* of 2,096 new dwelling units, and is expected to rely on "destination" retail, driving out small, neighborhood businesses.