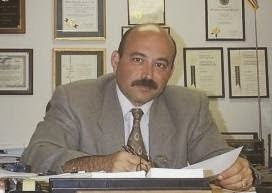 Transit and cycling activists have criticized the MCDOT for being too automobile-oriented. They have pushed Leggett to appoint someone who will treat all transportation modes equally.

Roshdieh has bent over backwards to show he is that person, starting not long after being named acting director. He has at times used the language of those engaged in the "War on Cars" in the DC region. Note that such language is different from simply giving equal attention to pedestrians and cyclists, which I think almost everyone is in favor of. Rather, it is the language of going further, and intentionally increasing the pain points for automobile commuters by further increasing congestion, or canceling critical highway projects.

One great example of Roshdieh's talking points is this interview distributed by MCDOT. The emphasis is all on the tired, false promise of "getting people out of their cars." Roshdieh not only stated that new roads were not a solution, but added the false assertion that there wasn't room for any more highways in the County, a four-Pinocchio whopper I demolished in a rebuttal.

He went on to add this gem: "[I]t is clear that our country has undergone a significant shift away from a traditional model of single occupancy vehicles commuting from the suburbs to a central city. The Washington D.C. region reflects this shift."

This was utterly false at the time - and today, as the vast majority of labor headed from the suburbs into that "central city" where all the jobs are this morning, the District and Northern Virginia. But with the latest studies this year showing that driving, automobile sales and single-occupant auto commuting by millennials in the DC area are all trending upwards, Roshdieh's 2014 forecast is downright Harold Camping-esque.

During Roshdieh's tenure, Leggett irresponsibly tabled the long-delayed Midcounty Highway Extended (M-83 Highway) upcounty, despite a costly design study and public input process in 2013. Roshdieh did not go to bat publicly for the project, on which the approval of massive development in Clarksburg and Damascus was to hinge. Instead, the development was all approved, but the road to support it was never built.

Clarksburg grew 800% over the last decade; Damascus is in the process of - at least - tripling in size. In fact, the Planning Board just approved a low-income apartment complex in "downtown" rural Damascus (Woodfield Commons), and estimated that those 168+ residents would take only 30 automobile trips out in the morning (to great comedic effect). This was rammed through over the objection of 100% of residents who testified and gave any form of public input to the Board. 100%!

A right-of-way already exists for the M-83, while the alternative suggested by the County has been to condemn homes and destroy rural roads in the Goshen area, routing highway-volume traffic through a rural residential area. Despite understandable majority resident support for the M-83 upcounty, County elected officials have chosen to thumb their nose at their constituents, and have refused to build the road.

Transportation updates from MCDOT have also emphasized the work being done on alternate modes of transportation countywide. In fact, their most recent Go Montgomery newsletter was entirely about transit, despite the fact that the vast majority of residents are automobile commuters.

Roshdieh has said all the right things, so it will be interesting to see if he isn't extreme enough for the radical anti-car majority on the County Council. Some MCDOT employees have told me, off the record, that they are frustrated with the political restrictions on highway projects. Not only have many road projects been delayed or canceled, but the ones that do get built are modified in scope or alignment, which reduces the congestion relief they can provide. These are highly-skilled professionals, and it is frustrating when you know what needs to be done to improve transportation, but the political leaders won't let you do it. Then when the half-measures don't produce solid results, you get the blame from angry drivers. It's a vicious cycle we need to end.

I personally am very frustrated with the new approach by MCDOT. I've spoken with the Goshen residents whose homes are threatened by the M-83 alternatives. I've spoken with the Clarksburg and Damascus residents who took out mortgages believing commuting relief was on its way via the master plan highway they were promised by County leaders. And I've witnessed ongoing efforts by the County Planning Department, Planning Board Chair Casey Anderson, and developer-funded "smart growth" organizations to stop the grade-separated Montrose Parkway East, despite the fact that it is the transportation keystone for the White Flint Sector Plan. So many corners were cut in that plan; so much congestion will result from it - and you're saying you're going to axe the one concession to reason that was made in the plan regarding transportation? Nuts!

The MCDOT director we need is one who will put data and results ahead of politics.

Photo courtesy MCDOT
Posted by Robert Dyer at 7:00 AM

7:29: Another fact-based report on the jurisdiction rated as the worst traffic congestion in the nation. And the elected officials who standing in the way of progress. "LOL"

It's not zero sum. We can improve roads and public transportation at the same time. The Purple Line is a good step. Now let's build a second Potomac crossing and the M-83 highway.

"I personally am very frustrated with the new approach by MCDOT." - Dyer

MCDOT should use this as their new slogan.

What are the numbers, Dyer?

Another well-sourced, unbiased news article - not!

3:49: Well-sourced, fact based, and no more biased than the Post, Sentinel, or any other local news outlet. Beware of "false balance", traffic congestion denier!

Anonymous said...
This comment has been removed by a blog administrator.
4:11 PM

Dyer hasn't figured out people like the actual factual reporting that he does. His frequent trips off into the ether do nothing for the credibility of this blog.

6:57: You spent the whole MLK weekend "in the ether" posting 100 troll comments on my blog, you scumbag moron. Get a life.

8:30 yeah, it would appear to be the same troll as the comments I've seen are very similar, and very immature. How many "people" would waste that much time to write dumb idiotic comments on a local blog??!! What a weirdo. And then this person seems to go away for a little bit, usually coinciding with a big holiday, and returns to the same old garbage when he gets back. Hmm what a coincidence, doesn't sound like it's more than one desperate loser...

4:11: Ha, you liar. The article said the scoop was posted first by Eater, not your favorite competing website.

He's so mad he can't even say the competing website's name

Dyer regularly deletes comments with phrases like "other news sources", "the other place", or even "elsewhere".

So I expect that he will delete his own comment about "your favorite competing blog" as well, given his reputation for even-handedness.

I'm surprised Hull didn't just plagiarise Eater like he normally does with the Post and Robert's stuff.
Maybe he won't plagiarise as much in this new year?

Can we expel Dyer up to Frederick so he can have his roads and open rural lands and leave us alone?