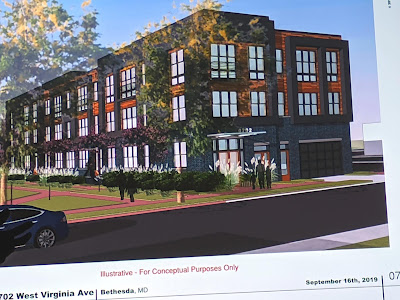 A townhome project proposed for a single-family home on the edge of downtown Bethesda has been revamped as a low-rise condo building. Developer Broad Branch held a public meeting last night to unveil the new plan. Attorney Bob Dalrymple, representing the developer of 4702 West Virginia Avenue, said the new proposal would include 19 units in total. 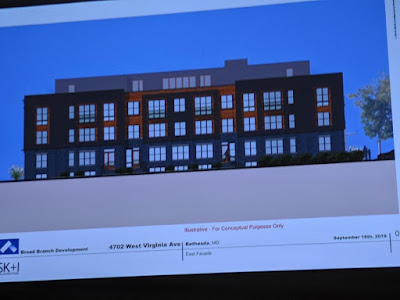 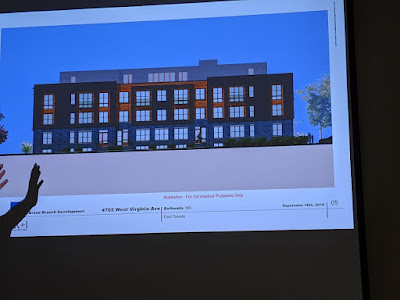 Some of the renderings show a large, green space next to the building. However, that space is currently occupied by another SFH next door at 4700 West Virginia. Dalrymple says the developer is interested in acquiring that property if possible, but that the project will go forward as-is if that does not work out. 4702 West Virginia is adjacent to a Montgomery County public parking lot. 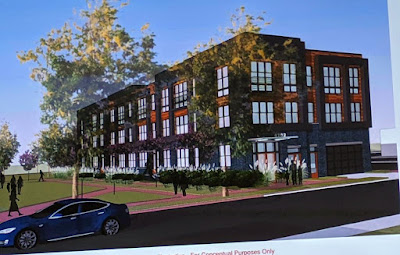 Dalrymple said the developer switched to condos after examining the latest market trends. He expects Broad Branch to file their site plan in the coming weeks, and to have the project in front of the Design Review Panel on October 23, 2019. 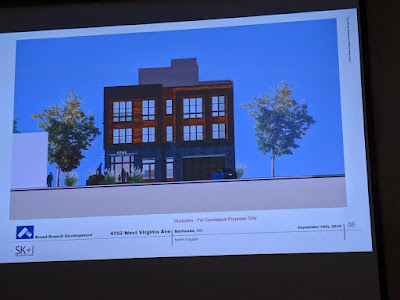 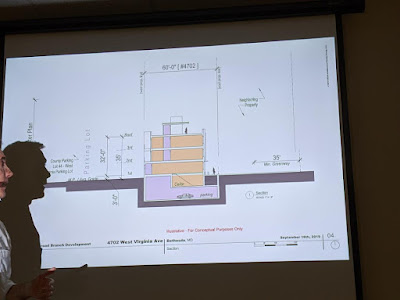 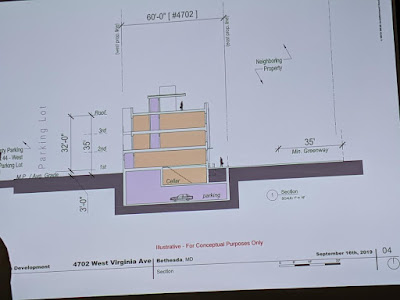 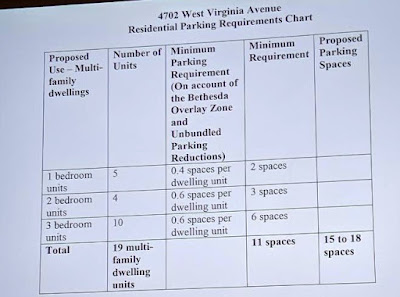 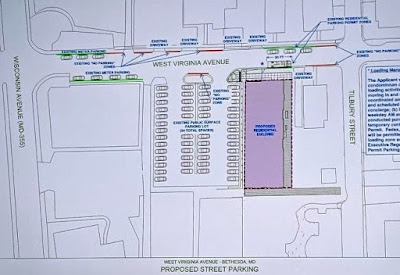 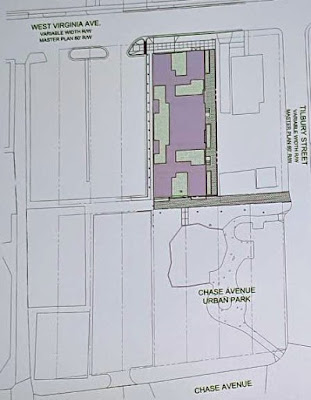 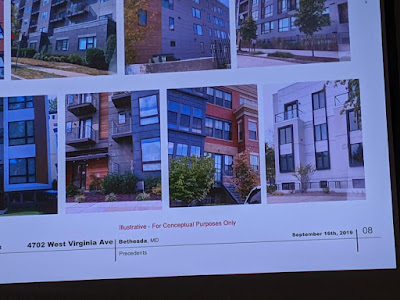 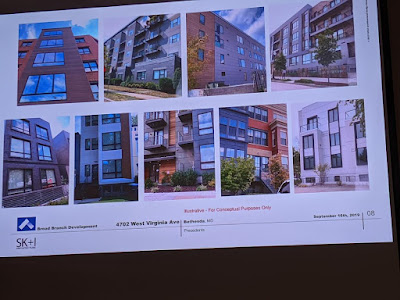 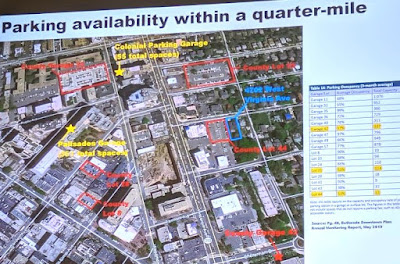 This looks like a nice project. It’s good to see some developments proceeding in the East Bethesda area. I’m really surprised that places like the Benihana, CVS, funeral home and the muffler shop haven’t yet come through with new plans. Some of these site are very large blocks with very long street frontages.

I realize the density and allowable height are much lower east of Wisconsin and north of East-West Highway compared to other areas, but still at 120’ or so. Seems like property in this area is really ripe for more density, being just across the street from 180’ to 300’ tall buildings, only a few blocks from the Metro.

This looks a lot better than the townhome proposal.

7:49 AM Redevelopment on the east side of Wisconsin is unlikely in the current cycle. Land prices are too high and the density too low. Other areas with lower heights like Woodmont Triangle and Arlington Road are more desirable because of the retail activity and better access to Metro.

Also, with high credit tenants like the CVS and four bank branches, there would need to be a very strong business case to give up reliable cash flow for a risky redevelopment. Nimby opposition is also likely, even with the low building heights.

@2:18PM lays out a compelling economic case for the lack of development on the east side. The west side will be largely if not entirely built out before the CVS, Chevy Chase Cars, and bank properties are built out. Opposition by residents of E Bethesda is a distant concern and is extremely unlikely to prevent development of these properties because the heights have already been approved.

It's convenient to blame current residents for lack of development, but developers' own economic incentives and constraints are the more immediate cause of increases and decreases in development activity.