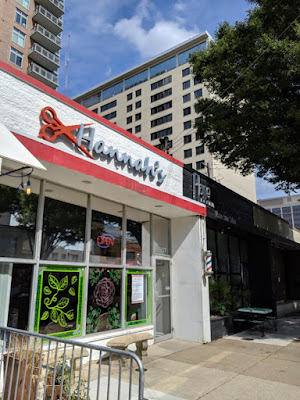 Hannah's Barber Shop, currently operating at 8007 Norfolk Avenue in Bethesda, has now publicly announced it will be moving into the Gallery Bethesda II at 4825 Del Ray Avenue this fall. As I reported back in May, the move will take place sometime in October, when construction of the new barbershop is complete. So keep going to the Norfolk Avenue location until the moving date is announced. Hannah's was the first retail tenant signed at the new Gallery Bethesda II. 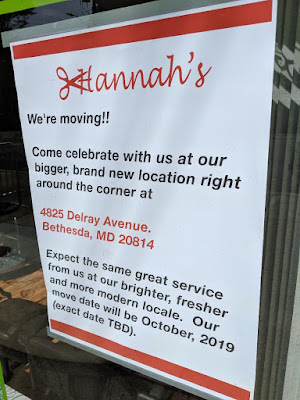 Isn’t their current location where the newly approved (and larger) 84 unit Claiborne apartment project will be built? Perhaps this is a sign that demo for that tower will start soon.

It’s nice to see a retail tenant moving into the Gallery II project as well.

I think the nearby 4915/4921 Auburn apartment building is up for Site Plan Approval next week as well. Along with The Claiborne, these two mid-rise towers, along with lots of ground level retail, will create a nice bit of pedestrian interest at this end of Norfolk. I believe both projects are contributing to a fund to design and implement the future shared street “woonnerf” on Norfolk, which will really help revitalize this tired commercial district. The new Marriott HQ on the east end of Norfolk will also create a nice terminus for the Norfolk District. Perhaps the Norfolk District might be a better moniker than Woodmont Triangle...

That will really "activate the space" (an expression seemingly second in popularity only to "moribund" on this blog).

Looking forward to it. LOL