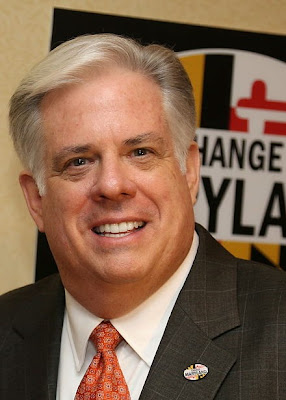 Hogan selected Baltimore native Robert “Bobby” Neall to head his budget and tax team during the transition period, and Carville Collins to serve as general counsel.

Neall is a former state senator, delegate, Anne Arundel County executive, and businessman. “There is no better person in my mind to put our fiscal house in order than Bob Neall,” Hogan said. Collins is a partner of the law firm DLA Piper in Baltimore and Annapolis, and served on Governor Ehrlich’s transition team in 2002. At Wednesday's press conference, Hogan said, "these are the most trusted guys I have, and they’re going to help build the rest of the transition team.”

Dyer actually acts like a normal person when talking about Republicans. How refreshing.

What does "hange YLA" mean? That sounds like some kind of weird code. Do I have to get one of those very special sunglasses like in "They Live", to see what it means? And if I wore one of those, would Larry Hogan look like one of those skeletal aliens like in that movie?

@2:32 PM - the words "Larry Hogan" and "skeletal" shall NEVER, ever be associated with each other.