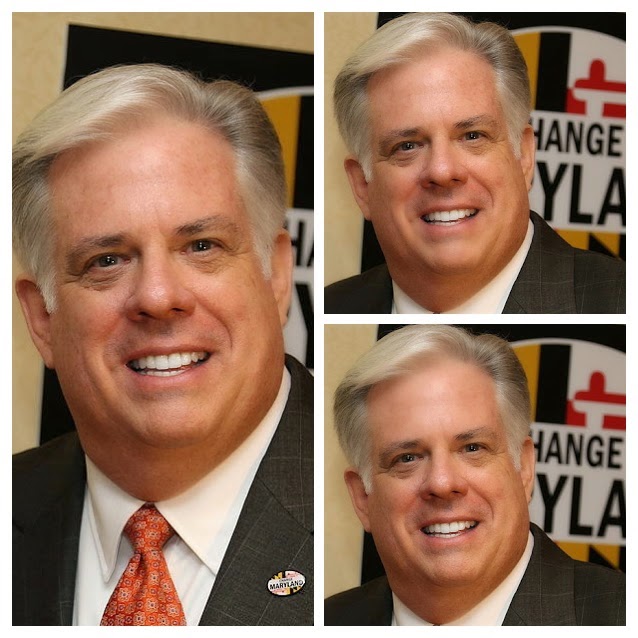 Maryland Governor Larry Hogan was sworn in yesterday in Annapolis, and wasted no time in getting down to the People's business. Hogan, who spoke of "limitless possibilities," immediately limited the possibility of official corruption in his administration, by issuing an executive order on ethics.

Here is the text of Hogan's first Executive Order as Governor:


•An employee shall not, except as permitted by applicable law or regulation, solicit or accept any gift or other item of monetary value from any person or entity seeking official action from, doing business with, or conducting activities regulated by the employee’s agency, or whose interests may be substantially affected by the performance or nonperformance of the employee’s duties.

•Employees shall exhibit exemplary conduct and use honest efforts in the performance of their duties.

•Employees shall act impartially and not give preferential treatment
to any private organization or individual.

•Employees shall adhere to all applicable laws and regulations that provide equal opportunity for all Marylanders regardless of race, color, religion, gender, national origin, age, disability or sexual orientation.

•Employees shall endeavor to avoid any actions creating the appearance of any impropriety or that violate applicable laws, regulations, and ethical standards.

•Consistent with all applicable substantive and procedural laws, violations of this Executive Order are grounds for employee disciplinary action, including termination from State employment.

The strong position on ethics parallels similar efforts underway across the Potomac, where the state of Virginia has recently found one governor headed to federal prison, and other officials still under investigation for breaches of ethics and acceptance of gifts or offers of employment. It also addresses equal rights "regardless of race, color, religion, gender, national origin, age, disability or sexual orientation," in a state where equality has been a major topic of discussion and legislation in recent years.

Hogan's order included language that would require discipline or termination from government employment, by any administration official who violates its provisions.

New Jersey Governor Chris Christie traveled to Annapolis to speak before Hogan's inaugural address, which was also preceded by a 19-cannon salute. The new governor stressed themes of bipartisanship (quoting President John F. Kennedy on the subject) and jobs, declaring the state officially "open for business."

A steady snowfall set up one of Hogan's biggest applause lines, when he noted wryly, "They said it was going to be a cold day in hell before we elected a Republican governor..."

If you read only this blog, you'd think that the governor was the only elected official of any kind in Maryland.

He's really an unknown, so the more coverage of him, the better.

He's been in Maryland politics for over 30 years. He's hardly "unknown". "Infrequently elected" would be a better description.

8:03: News flash: Montgomery County is part of the state of Maryland, and the Hogan administration's decisions and policies apply to us. You can always join Councilmember Leventhal's shadow government "Large County Caucus" a.k.a. We Can't Come to Grips with the Hogan Victory and Reality.

Sure, we're part of Maryland. No one denies that. But why does this supposedly "hyperlocal" blog offer zero such coverage of our County government? Or even of our state senators and general assembly members?

8:10AM...so you're telling me you know what he's gonna do? Every media report says we have no idea how he's going to impact MoCo. So, we appreciate more reporting from Dyer on Hogan.

Infrequently elected? He's not run for public office before, except this:

"In the 1992 election cycle, Hogan was the Republican nominee for Maryland's 5th Congressional District, running against Democratic incumbent Steny Hoyer. The race was the closest in Hoyer's tenure, with Hogan winning four out of the district's five counties and taking 45% of the vote to Hoyer's 55%. No other challenger has come as close to unseating Hoyer since."

"No other challenger has come as close to unseating Hoyer since."

You don't win the Silver.

You lose the Gold.

8:22: So all my coverage of the Planning Board, and the County Council actions on BRT, Uber and snow removal, to name a few, were just a dream? I invite readers to go back through all the news about the County on here. If you're talking about obsequious "Gosh, these guys are great and they're really getting the job done coverage," no, you won't find that sort of propaganda on here.

I hope Leventhal is willing to work with Hogan. I don't know where he's going with this large county group, but at the end of the day we need Hogan.

Of course Dyer would never admit it, but if Brown had won I doubt we'd see a six paragraph article every other day detailing every time the elected governor sneezes or brushes his teeth, like we have for Hogan.

9:26: So the obsequious coverage of O'Malley by the local media will continue for Hogan? And if it doesn't, will they "never admit it"?

8:48: I think Leventhal is trying to secede, but the media isn't mocking him for it like they did when Western Maryland said it didn't want to be governed by O'Malley anymore. I am shocked, shocked that the Post and Gazette wouldn't call him on that. #PayToPlay

"I think Leventhal is trying to secede"

I didn't vote for Hogan, however I accept the fact that he won by a decisive majority.

I wish Dyer could do the same, regarding those who were elected to our County offices.

1:16: I haven't tried to secede and set up a shadow government like George Leventhal. Considering I've engaged the elected members through the legitimate public process - such as testifying before the Council in December, so I don't see any truth to your claim that I haven't accepted their victory.

"I haven't tried to secede and set up a shadow government like George Leventhal."

4:56: Did you see his press conference last week, and the subsequent article by Bill Turque in the Post re: his "Large County Caucus"?

Among other gems, Leventhal said he acknowledged there are other counties, but "The People live" in the large counties. As opposed to the robots and other "non-people" who live in the smaller counties? Another offensive and delusional talking point the media didn't call Mr. Leventhal on. When Western MD tried to secede, the same media portrayed them as tinfoil hat; Leventhal does the same, and it's touted as routine business. Incredible.

So what does any of that have to do with "seceding and setting up a shadow government"?

7:32: Everything. You know how this would be spun if it was done by Carroll County. The media needs equal opportunity tinfoil hats when their own guys go off the deep end in MoCo.

Here is the actual proposal. Nothing at all to do with "secession" or "shadow government". The only "spinning", "tinfoil hats" and "going off the deep end" is on your part. You've beclowned yourself once again.

"'A lot of the budget priorities that, frankly, have been talked about being on the chopping block are things of particular importance to many of us,' he said.

"Franklin and Montgomery County Council President George L. Leventhal (D-At Large) said they are sending invitations to leaders of Anne Arundel, Baltimore, Frederick, Howard and Harford counties and Baltimore City to join the caucus. All have more than 200,000 residents.

"The group would operate within the Maryland Association of Counties (MACo), a nonpartisan organization that advocates for the state’s 23 counties and Baltimore City. It would represent not only an effort to sway Hogan, but also to wield more influence within MACo, where small counties currently carry equal weight with larger jurisdictions in formulating positions."

5:18: Given that this caucus has no legal authority, it is simply an exercise in delusion and narcissism by Mr. Leventhal. Montgomery and Prince Georges regularly agree on everything from hiking water bills, to the Purple Line to marriage to casinos. They are going to vote in lockstep anyway.

At the press conference, Leventhal said this caucus only had to be formed because Hogan won, and that "The People" live in the big counties. Say what? They live in all of the counties, last time I checked.

Leventhal's Napoleon message was clear, that this is a body where the sensible adults will continue to work on their silly plans for BRT, the Purple Line, and Styrofoam coffee cups, while they wait for the next election. With no capital budget and no voting or legal authority, they are indeed a shadow organization.

By the way, who pays for their stationary, communication, meeting space, and other perks while they act out the role of wannabe Gov.?

Don't tell me - the taxpayers. Oops.

It's like this button that I push and he gets crazier each time I push it.

Adding the other six jurisdictions proposed for the Caucus - Anne Arundel County, Baltimore City, Baltimore County, Frederick County, Harford County, Howard County - brings us to a total of 4,662,796 residents, and a total of 78% of the State's population.

5:53: Pretty good summation of George Leventhal post-Hogan victory. Just keep repeating this: Larry Hogan is Governor of Maryland. A councilmember has less power than a governor.

6:27: The problem is, Mr. Leventhal did not frame it in a reasoned population analysis as you did. He said "The People live" in the big counties. Unfortunately, the little counties' needs have to be considered as well. They have transportation and school needs, and have lost many of their industrial jobs over the last decade - and don't have Uncle Sam to bail out their leaders like MoCo.