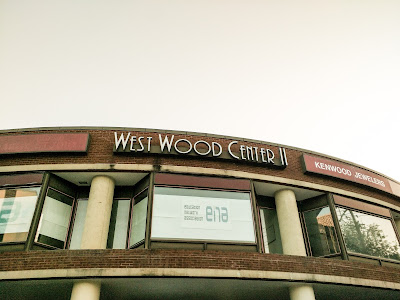 The escape room craze is coming to west Bethesda, as Xcape Alive has just leased space at the Westwood Center II mall at 5110 Ridgefield Road. Escape rooms, which are live-action puzzle-solving challenges in a themed setting, have become popular around the world in this decade.

Also called "panic rooms," they were inspired by video games in which puzzles must be solved to escape a room or game level. CNN just reported that escape rooms are now ranked the "number one local activity" in several cities around the globe by TripAdvisor. Xcape Alive is expected to offer more than one room challenge at this location.
A bit of trivia for longtime residents: Xcape Alive has leased the former office suite of Republic Foods, which had the distinction of operating Burger King franchises even as Bethesda had no stand-alone Burger King restaurants. Eventually, even the lunch-oriented Burger King at the Bethesda Metro Center and the Montgomery Mall location closed, leaving Bethesda Whopper-free.
Posted by Robert Dyer at 5:00 AM

I remember the BK in Metro center. There used to be a nice food court in there, now it's offices for Street Sense. Any idea why it closed down?

The trivia part was interesting.

@ 6:51 AM - There were plans to build a fourth high-rise building there, about a decade ago. But the owners of the other buildings blocked that plan because it would block their tenants' nice views.

I love "escape the room" but was wondering why a business would open in a building that has plans to be demolished.

That lawsuit preventing the new development is not going away any time soon. They could be there for several years before they have to move. www.savewestbard.org

Hey, who is this author who posted about Xcape Alive? Our creative director is former military intelligence / top secret clearance and more secretive than the folks at Area 51.
Xcape Alive is an evolution in escape rooms. A bold claim but we are using technology that has not been seen before (ah, in escape rooms that is). We are looking for some very experienced escape room gamers to provide us with critical, brutally honest feedback for beta testing. We will take the first thirty six (36) escape room veterans that apply. No inexperienced people please, the puzzle set will be set to max difficulty. This request expires on Friday, September 15, 2017. Please contact me, Kevin at xcapealive.com, at kjm@patentek.com.