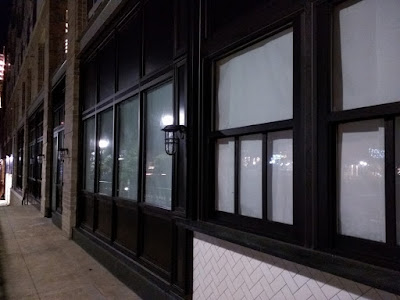 The construction walls have been removed at the future Owen's Ordinary restaurant and beer garden at Pike & Rose in North Bethesda. While the interior build-out is still under wraps, you can now see the custom exterior of the Neighborhood Restaurant Group's newest venture. 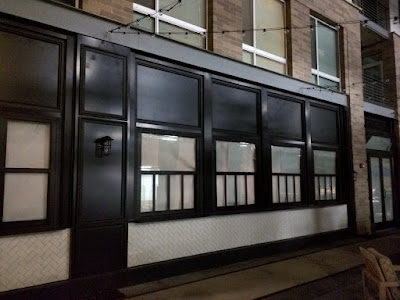 Take note of the white panel areas of the facade. You'll notice a shallow shelf sitting out from those segments of the exterior. That is the two-sided soapstone bar that is built into the facade of the restaurant. Owen's Ordinary will be located at 11820 Trade Street, next to Carluccio's. 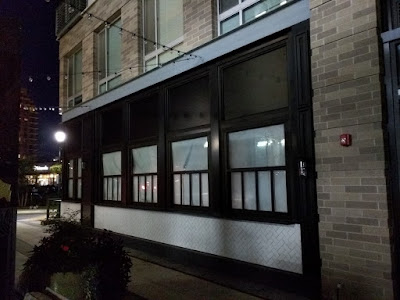 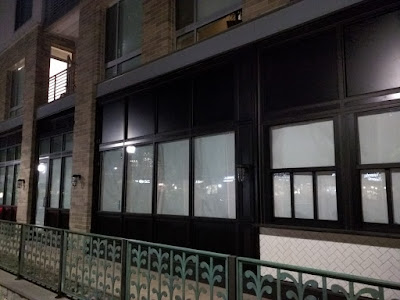 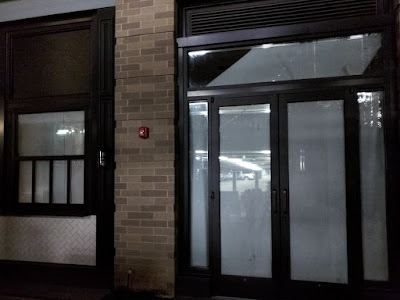 This is my most anticipated opening in the area. Hoping they open by Labor Day - expecting more like late September.