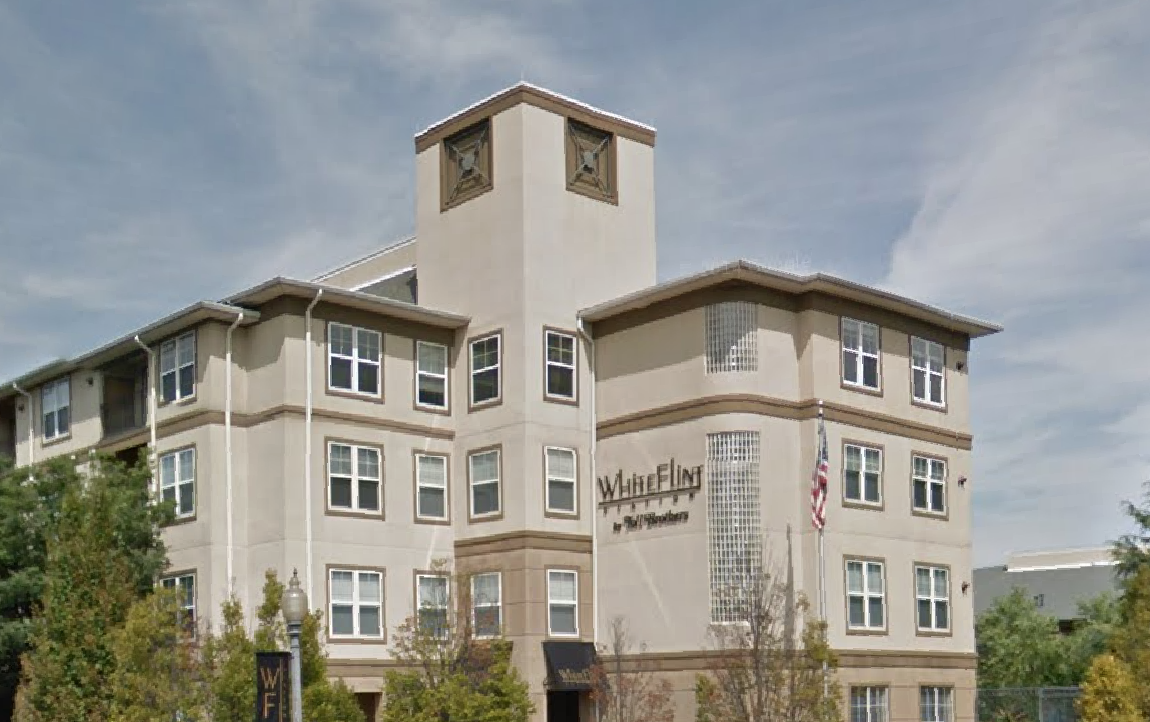 Someone (described as a "service worker" by a dispatcher) called 911 Tuesday morning at 10:11 AM to report a death at the White Flint Station condominiums in North Bethesda. Montgomery County Police officers responded to find an unidentified woman apparently stabbed to death, with "trauma to torso," according to the department's Facebook page.

Very few details about the case have been made public, but the victim's 50-year-old female roommate is being questioned by police. The roommate was in the condo when police arrived, but has not been named a suspect. There is apparently sufficient evidence for police to state that the case is "closeable." Investigators say the incident was "not a random act," and that the public should not be concerned. Detectives remained on the scene throughout the day. Stay tuned for further details.
Posted by Robert Dyer at 7:00 AM