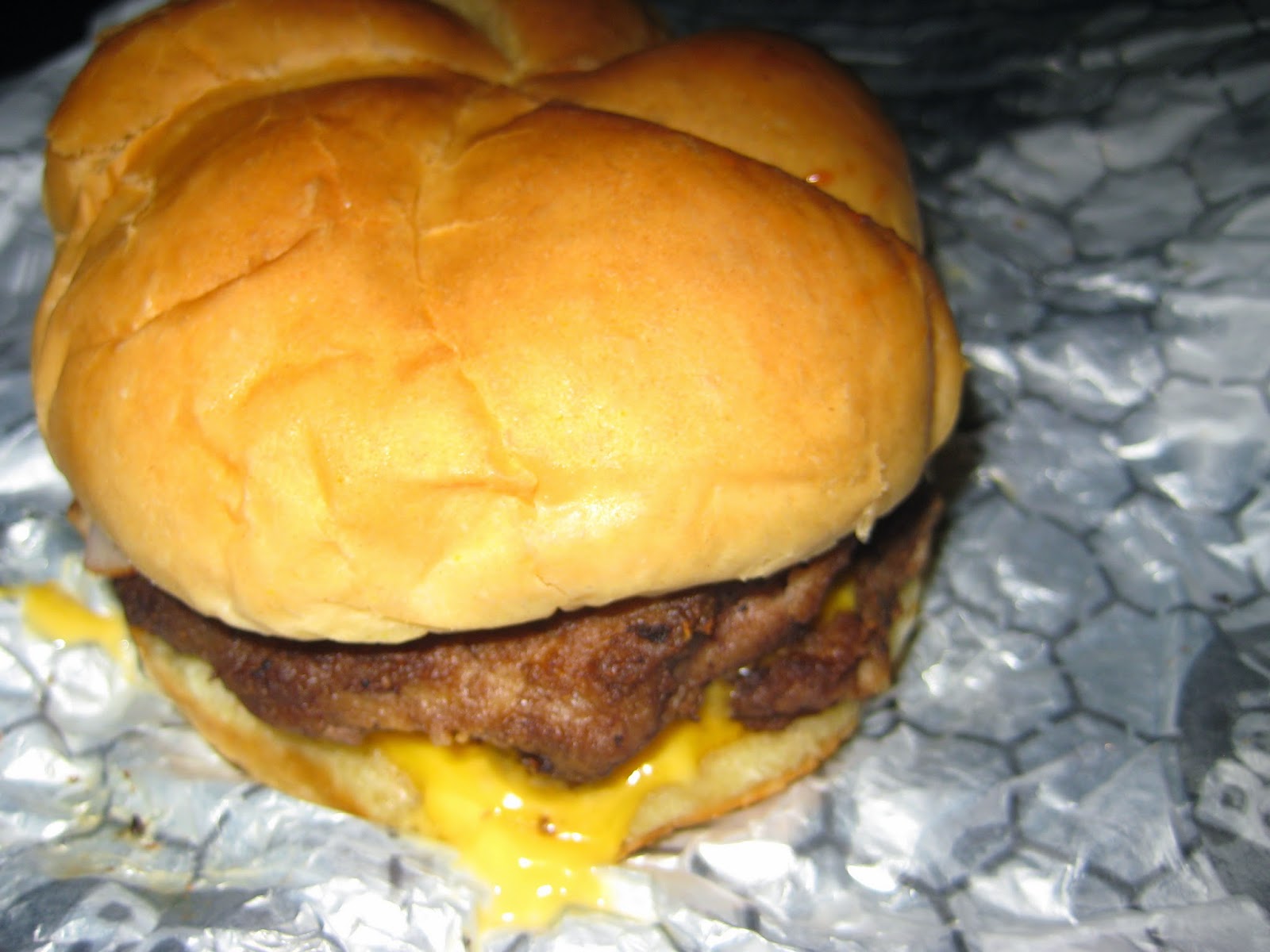 I stopped by the Grand Opening of the new Roy Rogers in Rockville yesterday, and made sure to order my childhood favorite at Roy's: the Double R Burger. The fixin's bar is back, but so are some things the old Roy Rogers in Bethesda never had, like the Coca Cola Freestyle soda fountain machines. That meant serving myself a refreshing Mello Yello. 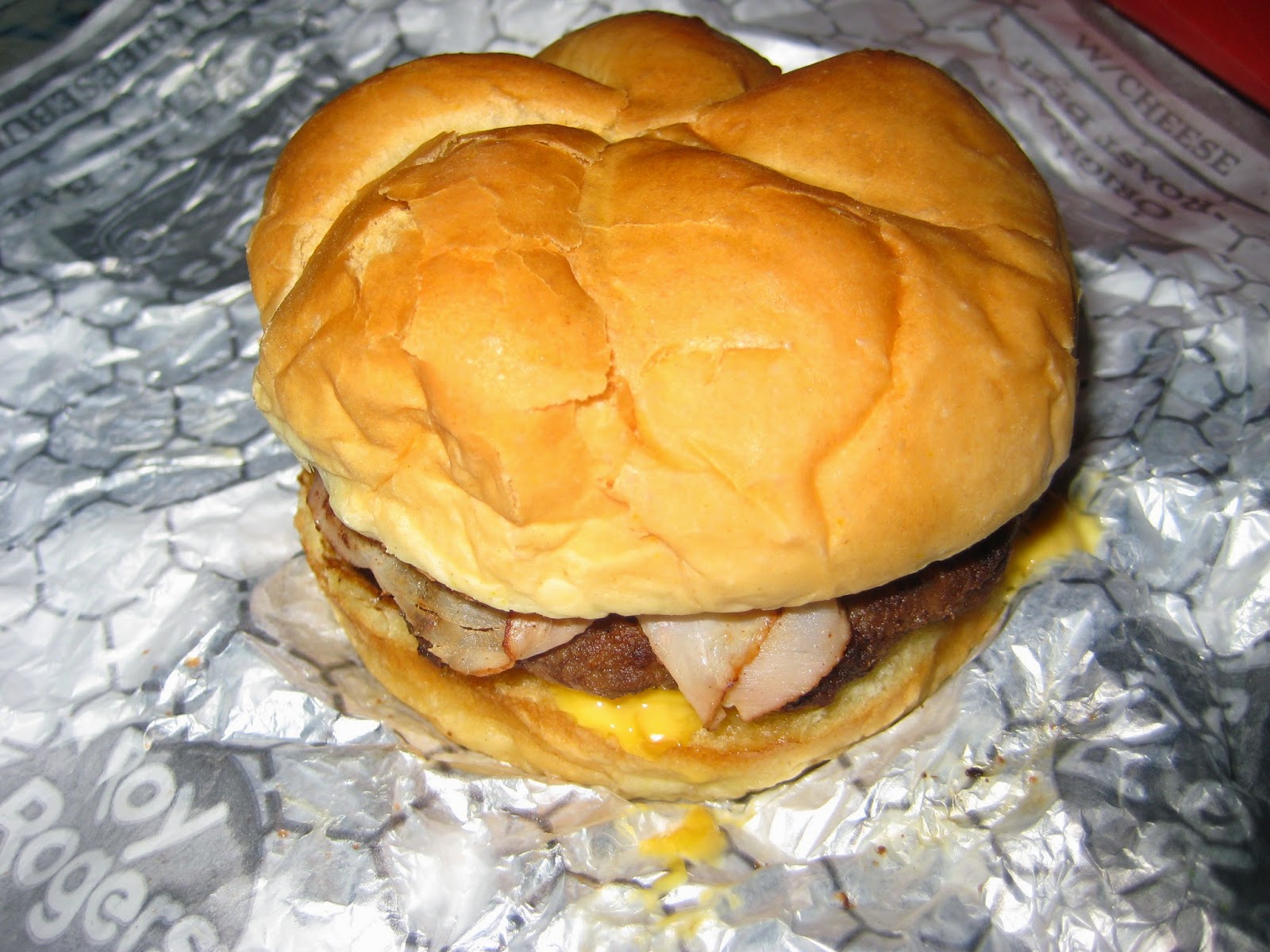 Another nice touch was the prominent image of Roy Rogers himself on the wall, with his now famous Promise to customers. Some menu items have been tweaked to be more premium, such as the use of brand-name Hormel Cure 81 ham atop the Double R burger, and Edy's ice cream in the milkshakes. The flavors of the Double R, famous Roy's fried chicken, and french fries - I ordered the Holster Fries version, of course - were reassuringly familiar and delicious. What was my verdict on the 2014 Double R Burger? Watch my review to find out, and get all the details. 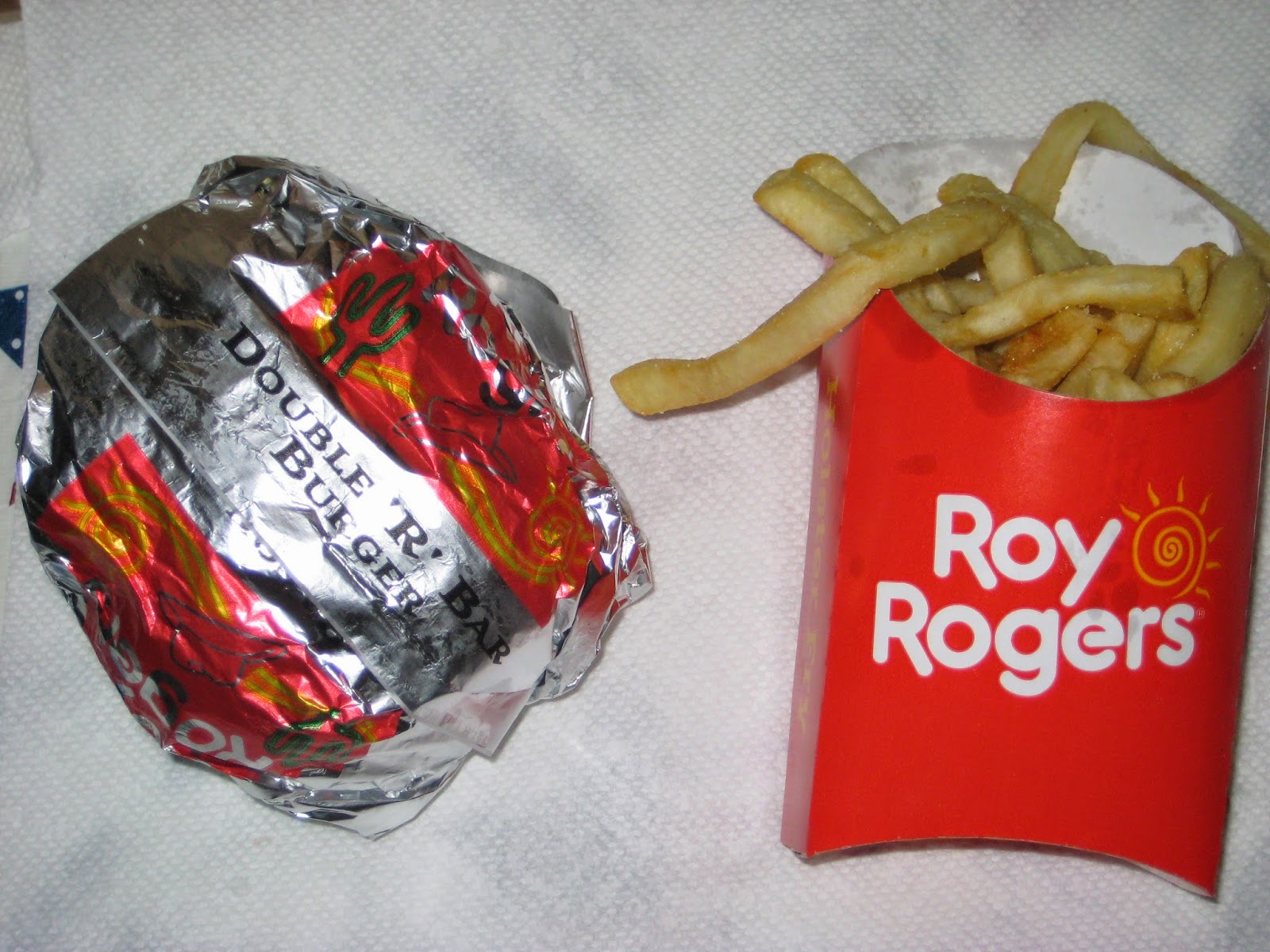 I expect to make many more stops at Roy Rogers, until we finally get a Roy's back in Bethesda. The River Road Roy Rogers wasn't just a childhood hangout for me, but also a regular stop for Chessie System train crews, who used to park their locomotive across from the side door, and get take out bags of Roy's before reboarding, and heading back to the Eckington yard.

Among famous names who frequented the River Road Roy Rogers? None other than Dick Dyszel, of Captain 20 and Count Gore de Vol fame at WDCA Channel 20 - located right behind Roy Rogers at the time.

If i see you in the street eating this I will punch you in the face and steal your fries ...

this is just embarrassing for everybody involved...

6:57PM That's what I said about MoCo Cable Access TV

Can someone clue me in on why Robert's mom keeps commenting about Moco cable access tv?

I musta missed that post. Did they not interview Robert during the election or something? I like to stay updated on all of Robert's various beefs

I think someone is stuck in the 1990s. Public Access TV was the Blogspot of that decade.

Those fries don't look very appetizing, but i hope the punch is a good one. ;)

Roys fries were always different from the typical McDonald's fry.

I'm looking forward to trying them out.

Anyone know why 2:48AM keeps commenting about Robert's mom? This anonymous guy is creepy.

Wow, it's been so long since I've eaten at a Roy rogers! The menu looks good! :-). Nice to have some new options on the Pike.

Didn't Roys use peanut oil for their fries or did they change that?