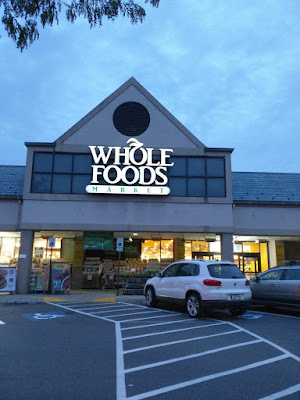 Amazon has moved quickly after purchasing the Whole Foods Market grocery chain to make its presence known in their notoriously-expensive stores. A large banner has been put up on the storefront at their River Road location in Bethesda. Inside, small signs in the produce aisle announce new savings on tomatoes, apples and more. 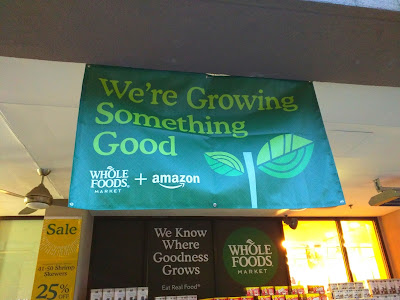 Instead of rewarding Prime subscribers or forcing Whole Foods customers to join Prime, the signs cast the deals as coming from the generosity of the internet retail giant. Missing at the Bethesda store, however, are the Amazon Alexa units patrons are finding at other Whole Foods locations. 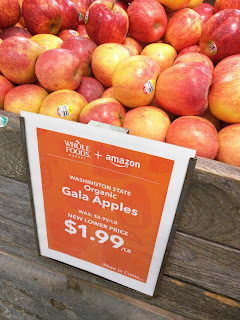 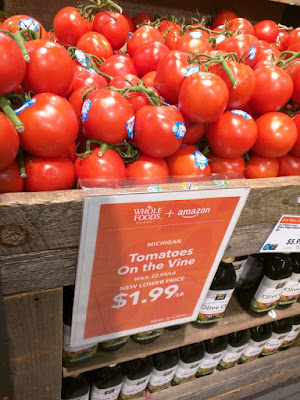 "Missing at the Westbard store, however, are the Amazon Alexa units patrons are finding at other Whole Foods locations."

Whole Foods has been nicknamed "Whole Paycheck" because of its prices.

Which presents an interesting logical challenge:

If Robert Dyer spends his Whole Paycheck at Whole Foods, will Jeff Bezos actually get more than $0 from it?

I LOL'd. Glad to see Dyer can take a joke just as he jokes about others.

As much as the trolls rip on Dyer, he seems like a great guy. Don't always agree with what he is reporting and his views as I think he has a very sheltered life, but he does from time to time make me laugh super hard. Keep up the good work!

The Echo and the Dot have shown up in stores, not Alexa. Have you see them? If not, I wonder why..... Also, Amazon is expected to provide Prime Member discounts only at Whole Foods. Of course, that is to encourage more people to join Amazon Prime. This is going to be a loooonnggg and big grocery retail battle.

Alexa is what runs the Echo and Dot. It's not a separate device.

I'm aware of that, but those devices were not at the River Road store, despite being at other Whole Foods locations. That's why I mentioned it.