Scotland townhouses to get extensive renovations 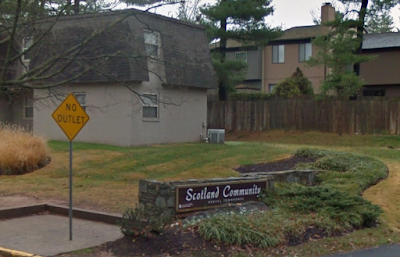 Section 8 townhouses in Montgomery County's historic Scotland community at 7838 Scotland Drive are about to get some major renovations. Operator Whetstone Company says it is investing at least $1.4 million in the upgrades, which will include new siding, new synthetic stone veneer exteriors, new shingled gable roofs, and new porches and front stoops. The community's rental office will also be updated.

In addition, four units will receive additions to make them ADA-compliant, and two homes will be outfitted for visually and hearing-impaired residents. Scotland was founded in 1880 by a freed slave named William Dove, when he purchased 36.25 acres for $210.

Scotland survived through both the initiative of many of its residents, and intervention by Montgomery County, during the 1960s. They faced the same shady real estate practices that cheated landowners in the African-American community on River Road near Westbard out of their homes in the mid-twentieth century. In both cases, what had once been undesirable land became among the most valuable in the County, attracting real estate vultures to prey on the disadvantaged homeowners.

It is interesting that the County did not similarly intervene in the erasure of the River Road community. Clearly there was a reason for the disparity, which needs to be researched and revealed.
Posted by Robert Dyer at 7:17 AM

Hey, Dyer! Do the residents of Scotland know that you get all misty-eyed over the recently deported Confederate soldier?