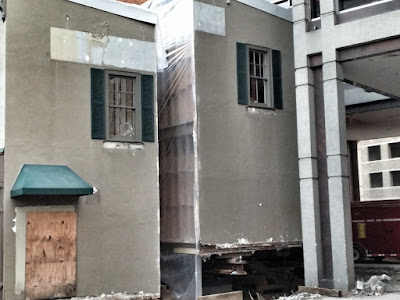 The historic Wilson Store building at 7250 Wisconsin Avenue has been chopped in half, in preparation for relocating it to a Montgomery County parking lot on Middleton Lane. That move is scheduled to take place on around August 19, according to the County. 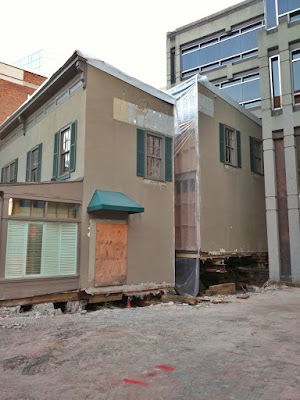 You can see that half of the building has already been raised; the structure will be moved on a motorized dolly system. A sketch of a map is posted, but it's unclear if it is related to the need to remove some obstructions along the route during the nighttime move. Perhaps one of our resident construction or engineering experts can decipher what that map is showing. 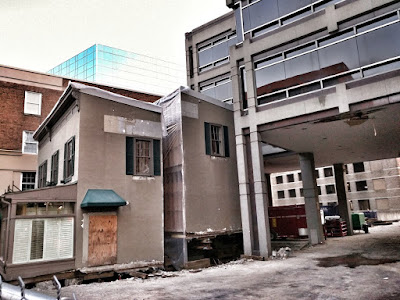 Believed to be the oldest, and only remaining 19th century, building in downtown Bethesda, the Wilson Store was later well known as Community Paint and Hardware. It was moved a short distance during the construction of the Apex Building at 7272 Wisconsin in the late 1980s. The latter building is being demolished to make way for a Carr Properties mixed-use project and Purple Line station. 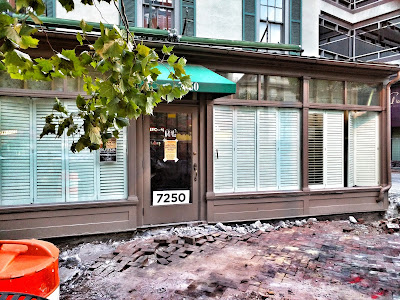 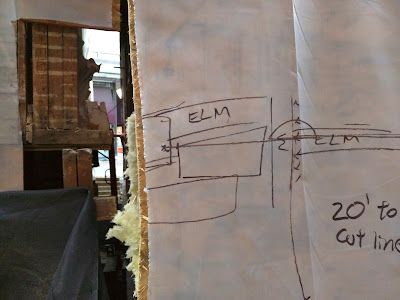 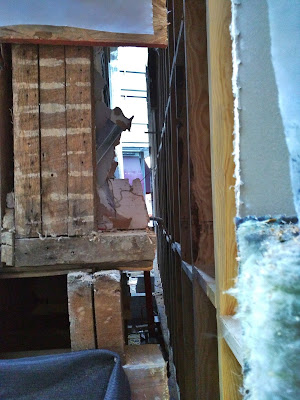 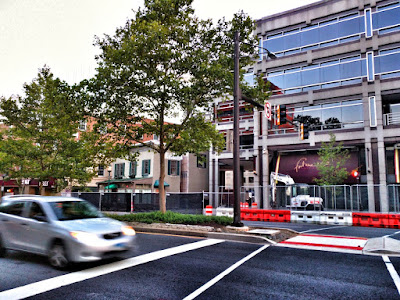 I hope they put this in the middle of the Vollmer-Schwartz Driveway.

At this point, I fail to see the money/time/effort to bother....that building so far out of context now, no one will even recognize it....

Here is what Robert Dyer didn't bother to report:

"A lawsuit involving the historic downtown Bethesda structure has been resolved"

"Chevy Chase residents Deborah Vollmer, John Fitzgerald and Gutam Prakash had challenged, in Montgomery County Circuit Court, the county’s decision to permit the move of the historic building. They argued that moving it to the parking lot would reduce the structure’s historical significance."

"Fitzgerald is also a plaintiff in a long-running Purple Line lawsuit that’s before the federal Court of Appeals in Washington, D.C."

"The court ruled Tuesday that the county’s Board of Appeals accurately ruled against Vollmer and the other plaintiffs in March after they first contested the historic work permits granted by the county to allow Carr to move the building. The board ruled that the plaintiffs lacked standing."