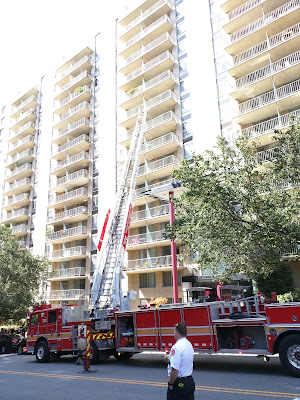 A kitchen fire on the 7th floor of the North Park Apartments at 4615 N. Park Avenue in Chevy Chase has evacuated the building. Shortly before 3:00 PM, firefighters responded to the small blaze, which was quickly extinguished but has flooded many floors of the building with smoke.

The Bethesda-Chevy Chase Rescue Squad went door to door to check for any residents who might need assistance, and to ensure everyone was out and accounted for.
Residents in the unit where the fire occurred will require emergency shelter. Fire personnel are currently assessing how many more residents - if any - will need shelter, as a number of units below the fire have sustained water damage, according to scanner reports.

Firefighters had to obtain a master key to open several units to check for injured or sheltering residents. There are no reported injuries so far. An ambulance transport was requested via radio during the incident, but that report remains unconfirmed. 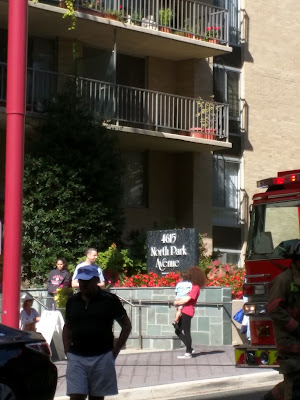 An air-conditioned Ride On bus is being summoned to provide temporary shelter from the heat outdoors to residents who are waiting outside. Ice water is also being requested for a number of elderly residents outside. Residents on floors 1-5 are just getting the go-ahead to return to their units, although elevators remain under fire control, so it's unclear how quickly they will be able to get back in.

Residents above the 5th floor must wait until firefighters can finish ventilating the upper part of the building. 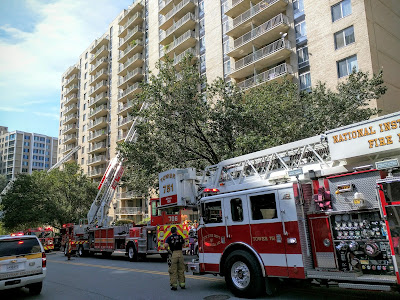 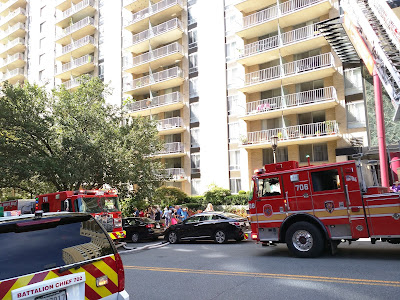 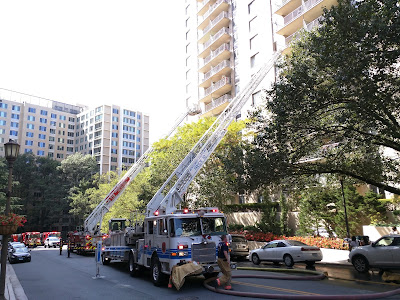 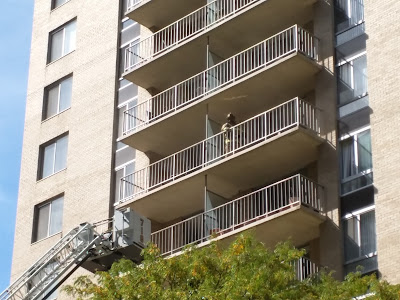 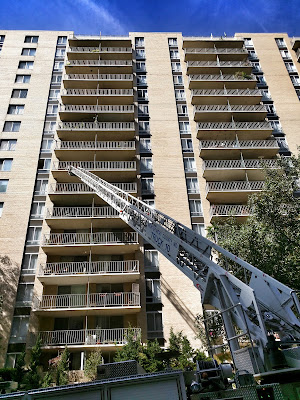 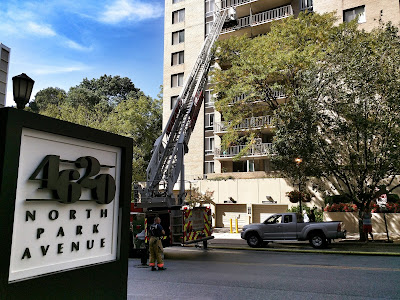 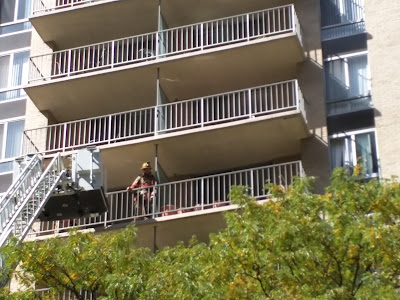 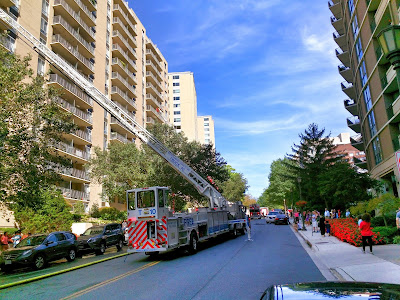 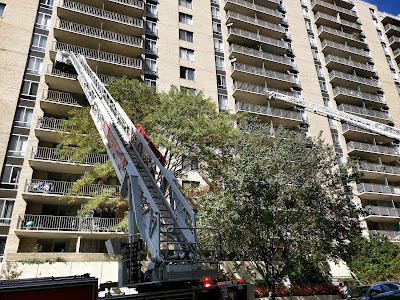 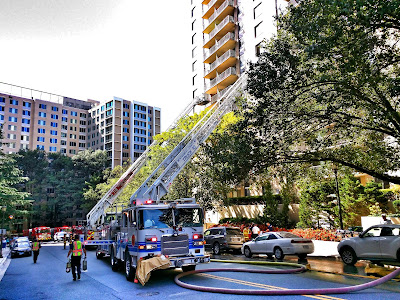 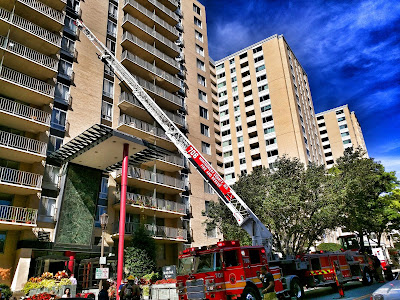 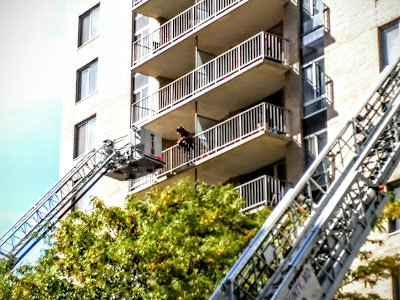 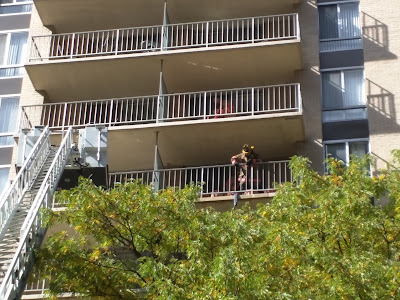 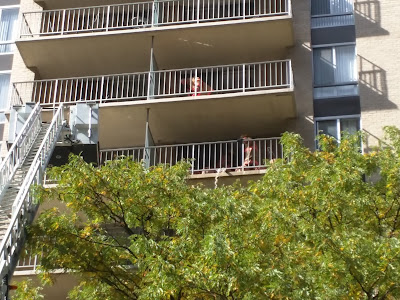 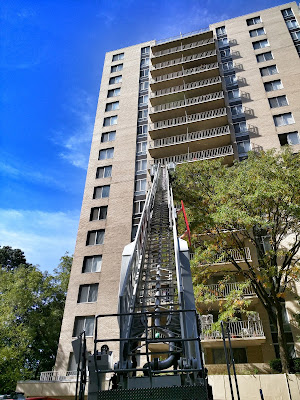 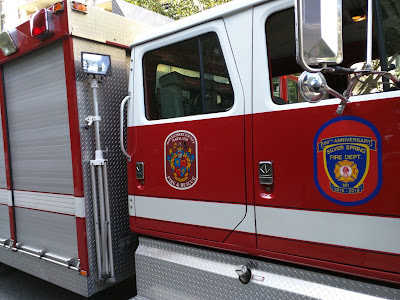 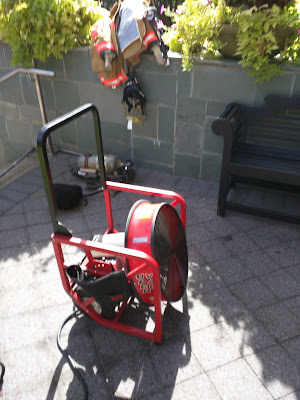 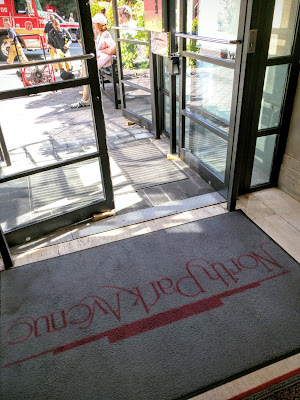 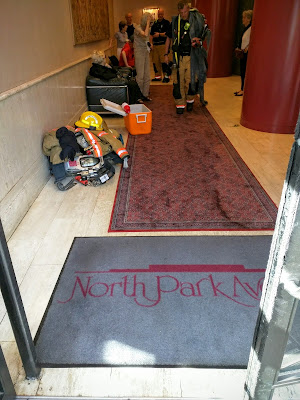 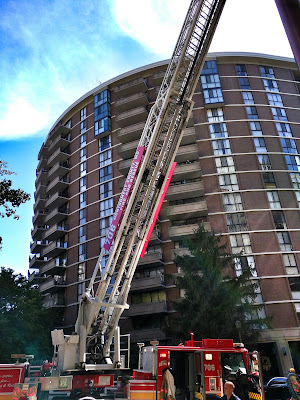 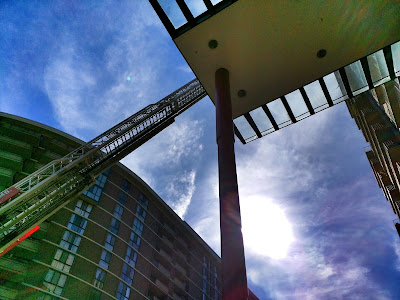 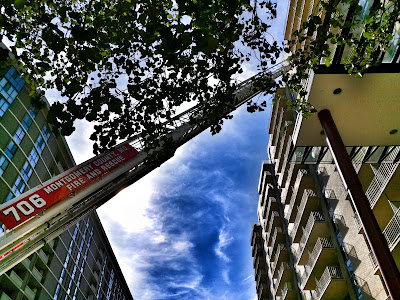