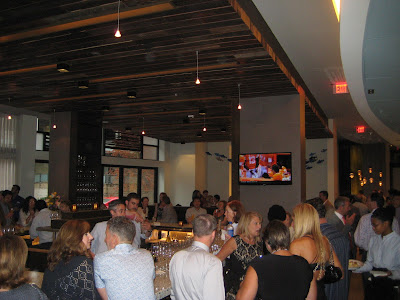 A VIP crowd got a sneak preview of PassionFish last night in Bethesda, ahead of this coming weekend's Grand Opening at 7187 Woodmont Avenue. The main dining area is dominated by the open display kitchen, where you can watch a sushi chef preparing rolls, and a large square-shaped bar. Aquatic-themed artwork lines the walls, and there are a few flatscreen TVs for sports fans at the bar. 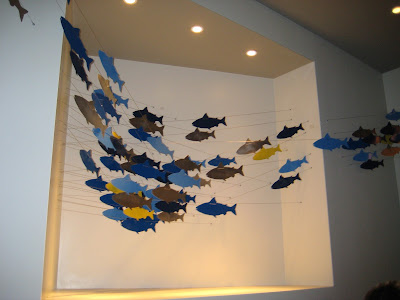 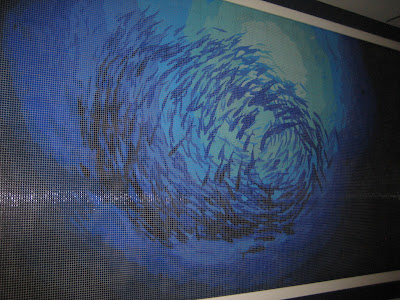 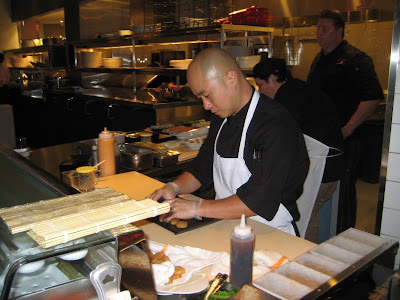 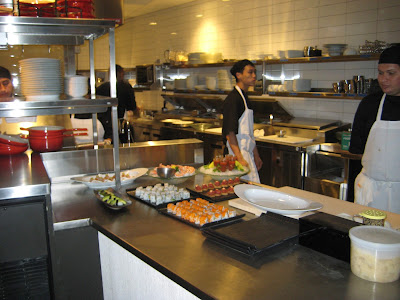 In the rear, private party room, a photo booth was set up for guests, and props also reflected the sea theme of the restaurant. Partygoers could don pirate hats or yacht caps to pose with friends, when not sampling the menu items circulating through the restaurant. Those included the expected sushi and seafood, but also sliders - not surprising when you consider the Passion Food Restaurant Group also owns the renowned Burger Tap & Shake locations in the District. 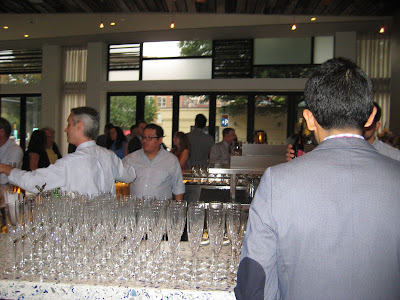 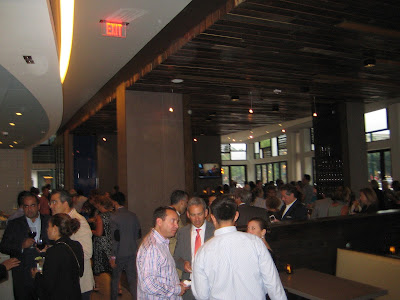 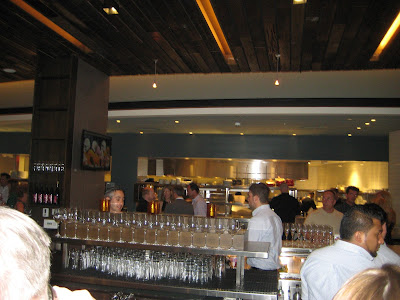 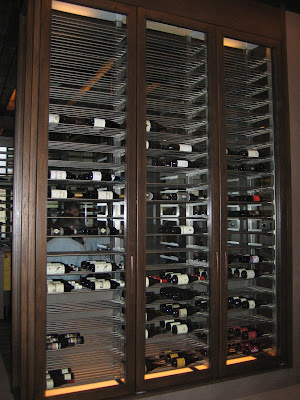 From what was on tap, I ordered a glass of Abita Purple Haze, which I rate 5 stars. Purple Haze is a wheat beer with raspberry puree added following the filtration process. It's somewhat similar to Flying Dog's Supertramp in that respect, but slightly better in my opinion.
Later in the evening, the exterior doors along Bethesda Avenue were opened onto the patio, which attracted a lot of attention from people walking past on the sidewalk.

If you are planning to go by car, park on level G3 in the Capital Crescent Garage underneath The Darcy condos, where PassionFish is on the ground floor. Use the Woodmont Avenue North elevators to exit the garage, and PassionFish will be only a few steps away to your right when you emerge from the elevator lobby onto Woodmont. 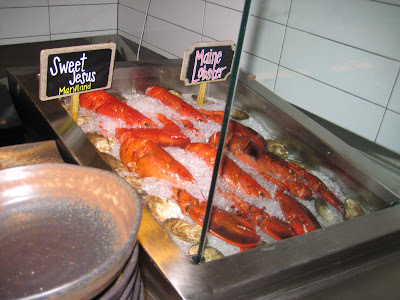 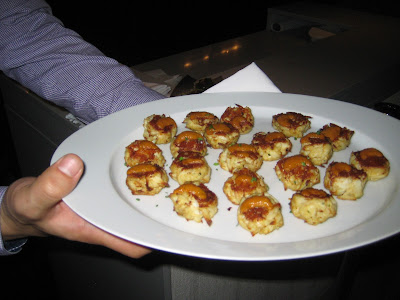 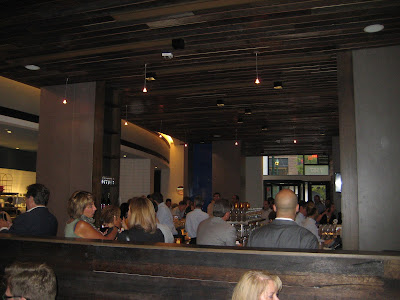 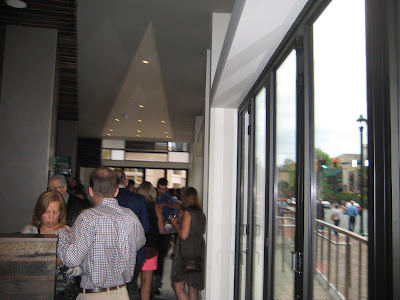 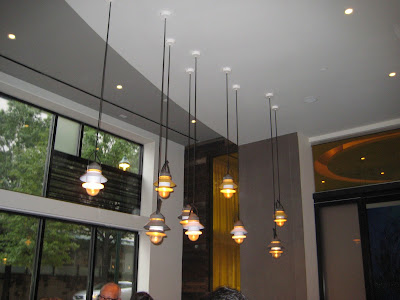 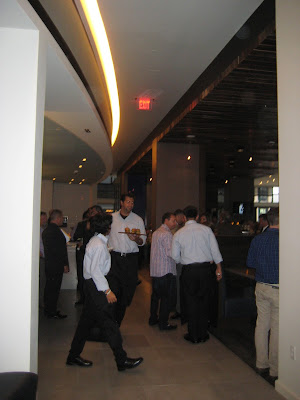 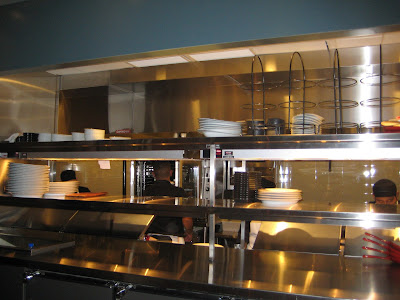 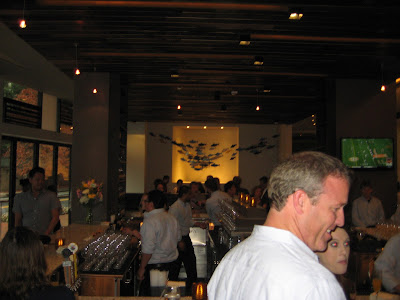 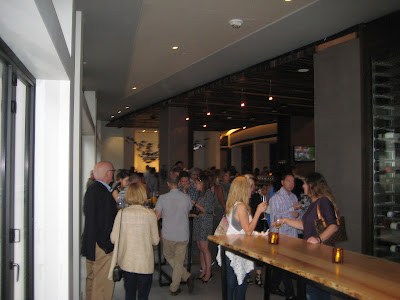 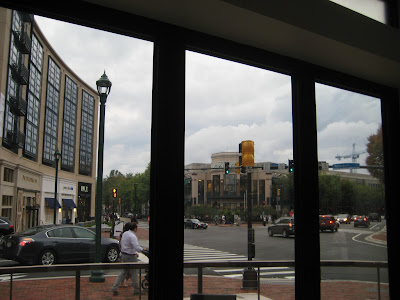 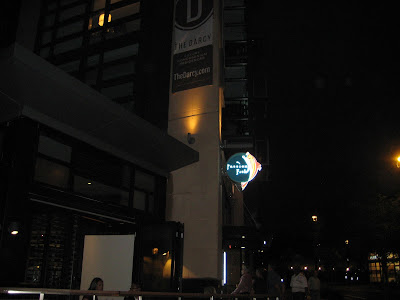 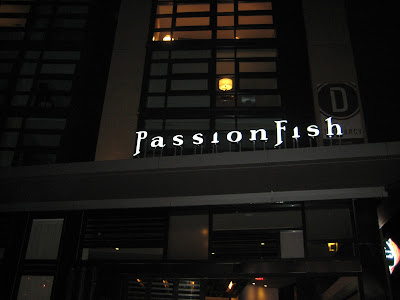 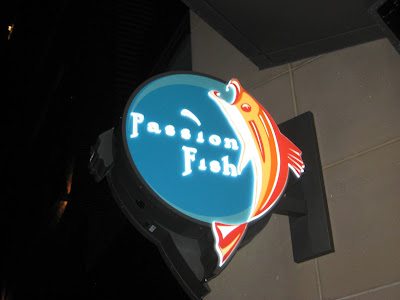 Thanks for the great pics! So glad you could join us.