The Maryland State Highway Administration took quick action Friday night to restripe the crosswalk on River Road at Landy Lane, where a woman was struck by a vehicle while crossing Tuesday morning. Police have charged the driver with failing to stop for a pedestrian in a crosswalk. The incident brought attention to the faded crosswalk there, and last night the SHA crew appeared to notice that other crosswalks along River are faded as well. 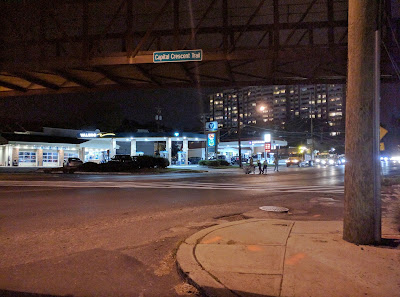 The crew also added new stop stripes on either side of the crosswalk.

Despite the new crosswalk stripes, I would personally urge anyone reading this to not cross using this crosswalk. It is well worth a few extra minutes to use the bridge above the crosswalk, or to walk up to the light at American Plant and Whole Foods. 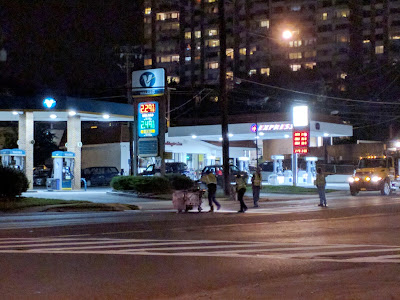 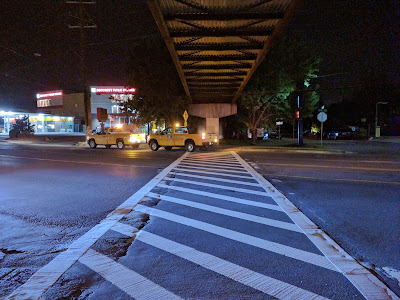 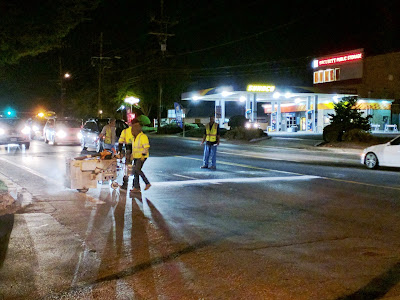 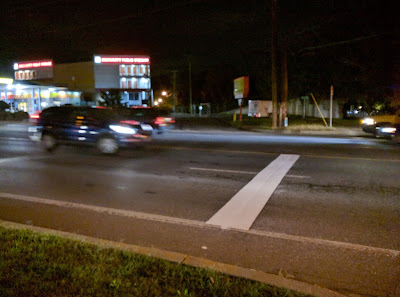 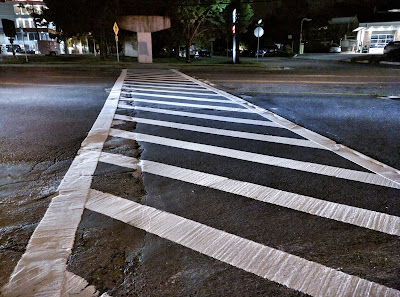 Anonymous said...
This comment has been removed by a blog administrator.
9:10 AM

This only gives pedestrians a false sense of security. This should not be a designated crosswalk. Pedestrians can walk two more minutes to a safe crosswalk.

Looking at the last photo you would be lucky not to break an ankle walking across this crosswalk? How would a disabled person negotiate those deep craters in the road? This section of River Road has been completely neglected by State Highways for 10 years.
It took a distracted walker getting run over for us to finally get some paint on the road.

"It's just the craziest system ever"
WJC

Fortunately this section of roadway will be completely rebuilt when the Purple Line is extended.

@7:37AM There has never been a burgulary in Bethesda.

What is the point of striping a crosswalk where traffic is not obligated to stop?