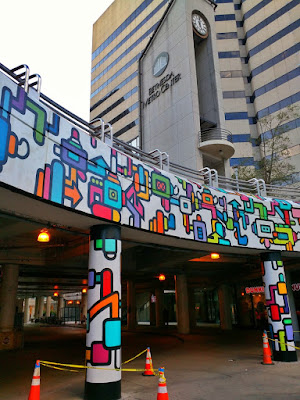 Here you can see the results of weeks of work by artist Juan Pineda, who has created the new mural above the bus bay at the Bethesda Metro Center entitled "Beth-Stela." Part of the ongoing Paint the Town initiative, this mural was co-sponsored by Bethesda Urban Partnership, development firm Brookfield, and Arts Brookfield. 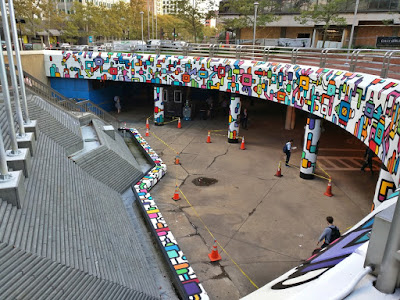 Pineda was chosen from 30 applicants from around the D.C. Metro area, and brings a fusion of Mayan hieroglyphics and high-tech shapes to this piece. If you look at his murals at Waterfront Station and in Petworth, you'll see he has a recognizable and distinctive style. For this work, Pineda first drew the shapes, and then painstakingly painted the bright colors within the lines. 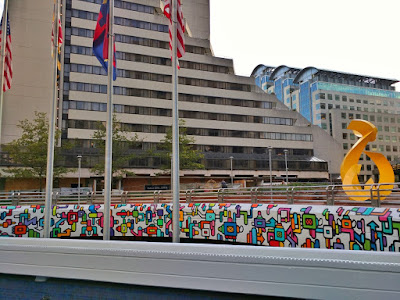 In addition to being part of Bethesda UP's effort to bring more murals to downtown Bethesda, this project is also part of Brookfield's overall plan to upgrade the Metro plaza and bus bay areas to make them more inviting. Those plans have met resistance from rival Clark Enterprises, but the development rights to the plaza currently belong to Brookfield. 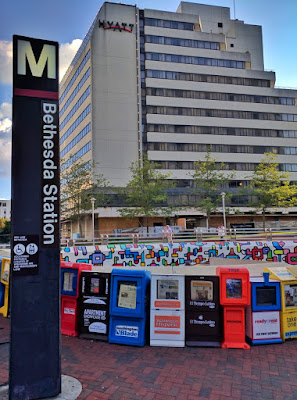 The finished mural will be officially dedicated in a ceremony on October 13 at 3 Bethesda Metro Center, at 10:30 AM. 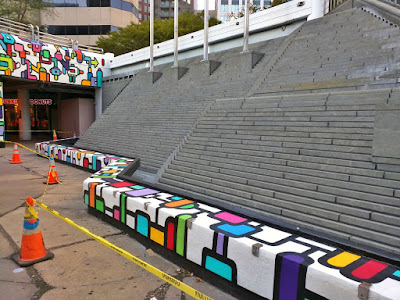 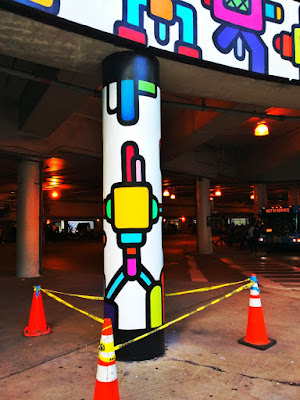 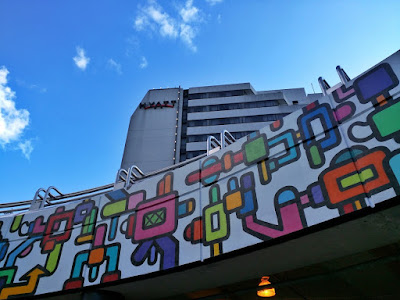 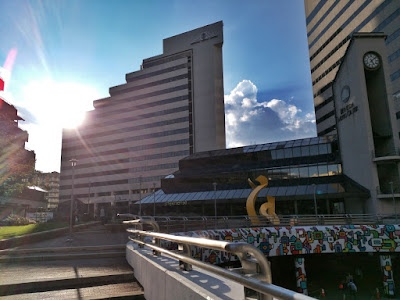 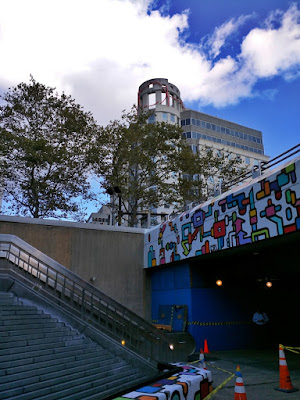 Hate to say it, but I don't like how it turned out. Good effort to improve that space though!

why dont they repair and clean the inside too

Nice work, but unfortunately it's lipstick on a pig; the station is horrible.

They shoudl have painted a big "Screw you, Clark Enterprises" on it. Clark has a promotional campaign against the space, even though they have not rights to it.

It would be like if I started a protest because my neighbor wants to renovate his kitchen. I have no rights to do so, and it's not the way to act either. It tarnishes the good name the late founder of Clark built.

3:07: Good! Now, how many Fortune 500 companies have moved to Montgomery County in the last couple of decades? ZERO. Oops.

Why is it good for NoVa to lose a Fortune 500 company headquarters? You always stress how important they are. Right?