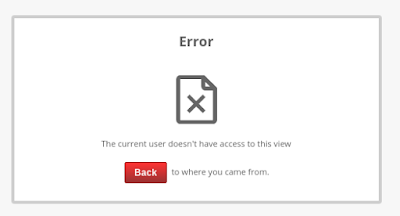 Montgomery County continues to violate its own Open Data law for a fifth day, providing no crime incident data. Not only is new crime incident data not being uploaded to the site each day, but all of the historical data has been removed. Thus there are two violations of the law. County Councilmember Hans Riemer previously violated the law by removing lists of email addresses that had been supplied in response to public information requests. He has not yet been charged with violating the law in that incident.

As I reported over the weekend, you can search Google for "Montgomery County Open Data." In the top result, you should see a sub-result labeled "Crime." Click "Crime," and instead of the usual database of 911 calls (not to be confused with other, smaller datasets on arrests and traffic tickets), you get a screen demanding you sign in. Even if you sign in, it still refuses to give you access to the crime data.

There is no "webmaster" email given, or form to report glitches on the site. Even a 1990s website had the former.

Either there is a glitch, or the County has made a political decision to remove crime incident data from the site, possibly due to the spike in gang violence or...?
Posted by Robert Dyer at 9:03 AM

Have you contacted 311 or the vendor about the issue (and I use that term VERY lightly)? The county doesn't build/manage the software databases - Socrata does. Either Socrata is already working on the fix or they don't yet know you're having trouble.

The police stopped sending the info to CrimeReports.com some time ago too. That service provided a map--a good indication of what was going on in an area.

FFS. Do you ever go the final mile in reporting? Did you call 311 and ask? Or just put this up in your never-ending anti-Reimer rants?

What did the county say when you asked them what the problem was?

Is there an update for Day 6 of the Blackout?

Did you check the 311 logs to see if anyone called about it? They're right there on datamontgomery.
Odd about the police incident logs being gone, the Fire/Rescue dataset is still there. The YouTube video explaining how to access the Crime info still says to search for "Crime" - which no longer works. I'd be interested in finding out what's changed.

Dyer, did you ask 311? In my experience, ,they're pretty good at following up on things.

So Day 7 of the Gaslighting, er Blackout is about to begin.

Have you found out anything about what's going on? Have you talked to any live people yet? Have you heard if anyone else is having this problem?

6:05: Everybody is having the problem.

What did the county say when you asked them about it?

Dyer @ 6:30 PM - Who is the "everybody" to whom you talked, who said that they were unable to access the MoCo crime stats? All one million MoCo residents?

7:22: Every real person I've talked to online and off. You're the only person in Montgomery County who is still claiming the County hasn't violated the Open Data law by removing the crime incident data from the site. It's gone. It's gone. Just the latest scandal for Helpless Hans Riemer and the MoCo political cartel.

How many real people have you talked to these past six days? How many of those spend their days looking up MoCo crime stats? And were any of these real people at the other end of the 311 line?

"Everybody is having this problem... Every real person I've talked to online and off. You're the only person in Montgomery County who is still claiming the County hasn't violated the Open Data law..."

You sound kinda crazy when you write stuff like this.

Any word from the county on the problem? What did they tell you? Thanks for investigating further into this.

I have faith in Dyer as a journalist to get to the bottom of this. He's not just reporting on the issues, he's actually investigating and getting answers. He's getting things done, not just complaint about things!

Yeah, looks like a Socrata issue. You really should let them know!

In the meantime, doesn't this link basically contain the same sort of data?

10:48AM, not really. The previous "crime" data included a daily incident dataset.

All the reports still refer to it and link to the page that now asks you to log in. The link from the Police Initiative site that I've used in the past also sends me to that page. You could zero-down the data to neighborhoods which is what I used it for.

It must be a glitch. Page 11 of the operations Manual still promotes it:

2:13, thanks for doing the research that no one else is doing. Anyone reach out to the county?

I'm assuming Dyer has since he's the one reporting it here on his site.

He doesn't seem to have called 311. At least according to their daily call log.

10:01: No, they don't. They're reprinting the heavily-edited and censored official crime report put out by the County weeks after the incidents occur, and which excludes the majority of incidents.

That's why people count on my site, for the full and timely crime reports I provide.

The crime incident data is still being hidden by Montgomery County as of today.