It's beginning to look a lot like Christmas... for the grand opening of Smashburger at the corner of Norfolk and Cordell Avenues in downtown Bethesda.

The restaurant had been scheduled to open next week, but Smashburger's Christine Ferris says the Bethesda opening has been postponed until December 2013.

I am disappointed! But patience is a virtue.

Only Bobby Flay is pleased with this turn of events. His latest Bobby's Burger Palace location is expected to open in Bethesda in the coming weeks, and - assuming it remains on schedule - will now have the burger spotlight to itself for a few months. Bobby's Burger Palace will be located in the Old Navy wing at Westfield Montgomery Mall. 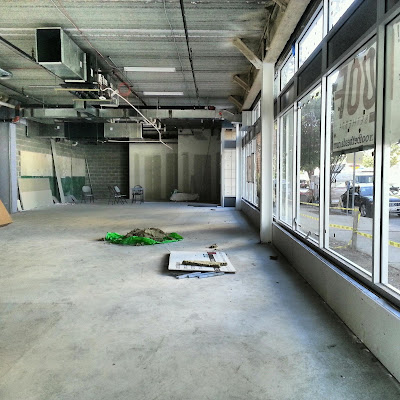