Bethesda pays tribute to its fallen on Memorial Day (Photos) 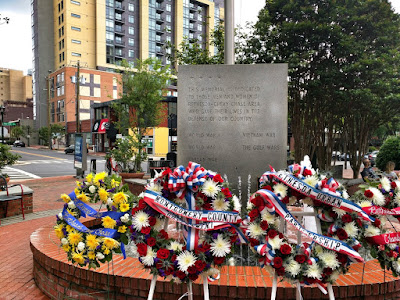 Citizens and community organizations paid tribute to Bethesda and Chevy Chase residents who lost their lives in conflicts since World War I yesterday at Veterans Park. Among those who placed wreaths at the Veterans Park memorial Monday were the Rotary Club of Bethesda-Chevy Chase, Montgomery County Government, Bethesda Urban Partnership, and the Bethesda-Chevy Chase Chamber of Commerce (now known as the Greater Bethesda Chamber of Commerce).

The memorial in Veterans Park is specific to local residents who were killed in combat. 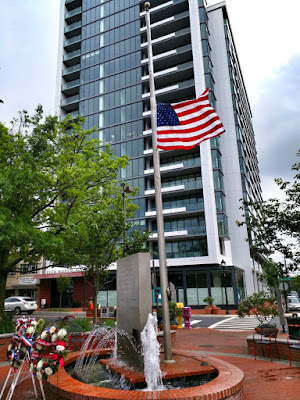 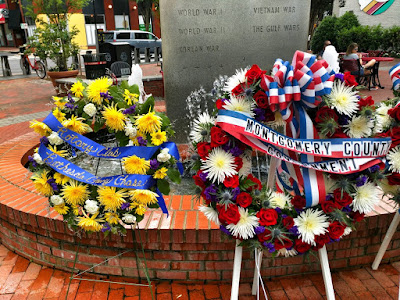 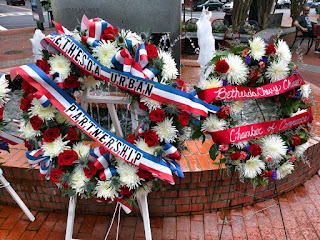