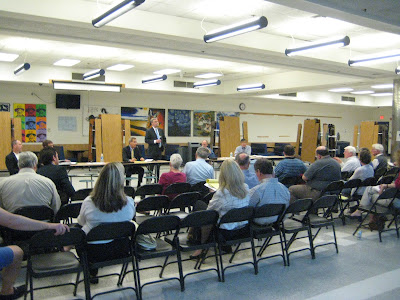 A plan to move a tributary of a notoriously flood-prone stream along Goldsboro Road 70 feet to accommodate 19 townhomes was met with skepticism by about 25 residents at a public meeting last night in Bethesda. The developer of 6789 Goldsboro Road is seeking a permit from the Maryland Department of the Environment to move the stream to the western side of the property, which currently is home to the former mansion of a Hollywood star. A required public hearing was held in the Walt Whitman High School cafeteria.

An attorney and environmental engineers representing the applicant said the move would include a naturalization of the stream, which currently runs in a concrete channel near the vacant mansion. They suggested that restoring the stream will, at best, slow stormwater runoff into the Minnehaha Branch, which routinely floods Goldsboro Road during heavy rain.

The following photos show the "before and after" of how the environmental engineering firm will change the stream (click to enlarge for greater detail; story continues below photos): 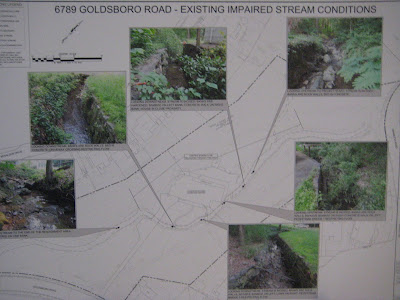 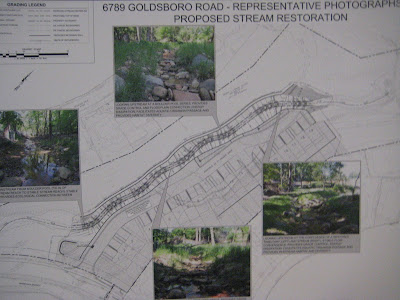 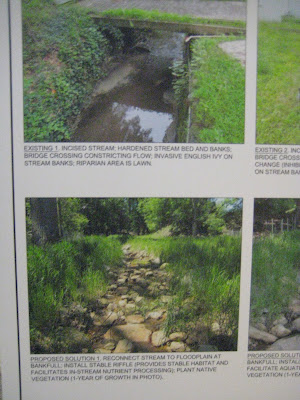 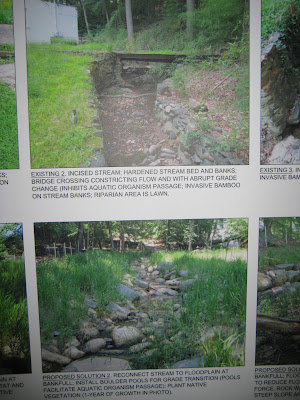 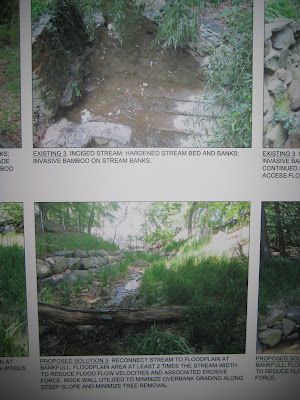 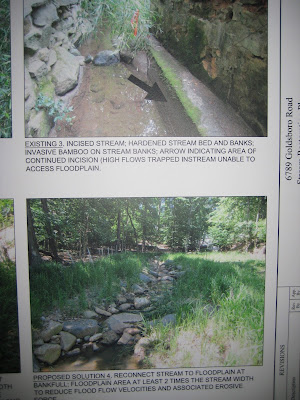 The townhouse plan is not a popular one in the community, but that proposal was outside of the scope of MDE's meeting. Regardless, still-simmering frustration about the new Westbard sector plan - passed unanimously by the Montgomery County Council this month despite overwhelming community opposition and protest - was evident throughout the meeting.
Eleni Dorian, who lives just west of the site, said the neighborhood is already facing a tripling of its current density under the Westbard plan, and "is not designed to handle that. Our whole community is being dramatically altered, and we seem to be powerless to voice our concerns."

Citizens' concerns were dismissed by the Planning Board and Council in the race to approval, while internal documents show a process driven by developers. The Planning Board chairman and representatives of Westbard developer EYA were seen shaking hands minutes after the plan was passed by the Council.

"I don't think we need more houses," another resident who lives west of the site said. "We're already overcrowded as it is."

Another concern was traffic. 19 units would generate 36 vehicles under the 2010 U.S. Census data for cars per household. Those 36 vehicles would have to enter and exit from a driveway onto often-busy Goldsboro, raising safety concerns. Two speakers referred to recent pedestrian deaths nearby.
An environmental study of the site commissioned by the developer found that the forested north end of the property is a habitat for the Appalachian Spring Snail. The snail is currently designated "S2" on the state list of "Rare, Threatened, and Endangered Animals of Maryland." That designation means it is "imperiled," and vulnerable to extinction. The snail is therefore actively tracked by the Wildlife and Heritage Service. However, the developer has promised not to disturb the snail habitat at any point.

According to the National Park Service, these snails may travel between the seeps and crevices in bedrock below the soil that they call home. The NPS also speculates that the snail communities on both sides of the Potomac may cross the river underground. Appalachian Spring Snails are only found in Maryland, Virginia, and the District.

There are currently 30 mature specimen trees on the site; 8 will be cut down for the townhomes. But adjacent residents are concerned that the addition of retaining walls for the new stream and increase in impervious surfaces on the site will lead to erosion and loss of more specimen trees over time. There is already an erosion problem on the Tulip Hill side of Goldsboro. A resident of Benalder Drive said his deck is already starting to tilt as it is. There are fears that the retaining wall and associated stormwater infrastructure be moved west will compromise the root system of the remaining mature trees. "Just because you don't take down forest doesn't mean you won't impact [the trees]," said resident Randall Ingate.

The discussion of many environmental concerns brought to light a "chicken-egg" problem with the permit request - many of the impacts of the relocated stream on species, trees and stormwater management have not been studied, and won't be known until the preliminary or site plan stage of the development application. As such, they fall outside of the scope of MDE's review for this specific permit.

An earlier environmental review of the site by the firm Ecotone had recognized a potential wetland on the north side of the property. The applicant and MDE said that particular "seep" was ultimately determined to be a stream itself, and that there are no wetlands on the site. That assertion met with skepticism by residents, as well, one of whom termed the land around the stream as "a swamp."

Many asked how potential flooding, and new runoff from the imprevious surfaces and 19 roofs, would be managed. Engineers for the applicant said native riparian plants would stablize the banks of new stream, and retaining walls would define the flood plain. They could not provide answers to resident queries about the thickness or composition of the proposed retaining walls at this point.

The stream runs 900' across the property now. Currently, 400' of that is channelized in concrete. Under the plan, 600-700' of the stream would be relocated and naturalized. The current stream functions like a log flume, attorney Jeff Knight for the applicant said. A naturalized stream would instead have more of a stepped design that would slow water.

In addition, underground chambers would hold, and then release, stormwater on a metered basis. A second outlet will be run under Goldsboro to the Minnehaha Branch. Several attendees questioned how this would not simply add more rushing water to the flood-prone Minnehaha. The applicant's response was that they have measured the velocity of stormwater in the 6789 Goldsboro stream during a typical rain event. It currently passes under Goldsboro at 10 cubic feet per second.

After the stream is relocated, it will send 8 cubic feet per second through the existing culvert under Goldsboro, and the metered stormwater system will empty at 2 cubic feet per second. This means the water will empty from the site at the same velocity as today, they promised. Some questioned if the velocity would be the same with less green space on the site to absorb rainfall. It was confirmed that the question of how much additional runoff would be created by new hardscaping is not part of this permit application. The Minnehaha Branch does not travel far from where it connects to this tributary before it empties into the Potomac (after running through Glen Echo Park). Dorian asked if the impact of the changes on this site on Glen Echo had been studied. The answer was no. A 1989 Minnehaha Branch flood destroyed the main parking lot at the former amusement park, sinking 63 cars, and washing 9 into the Potomac.

A representative for MDE said the permit it will issue does not address staging of construction, but that there will be inspections by the state. The agency will review public comment and the application, and - unless an extension is given - will issue or deny the permit on July 8, 2016.

Any person who attended the meeting and signed in, as well as the applicant, can petition for judicial review of the MDE's decision in Montgomery County Circuit Court. Dale Tibbitts, representing Councilmember Marc Elrich, counseled residents to take their non-permit-related concerns to the County planning staff, which will be reviewing the eventual plans for the townhome project. 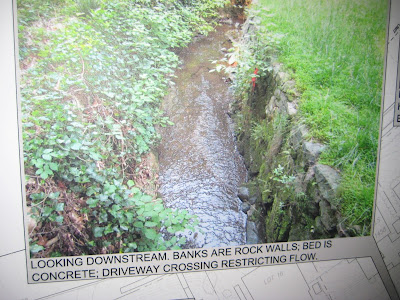 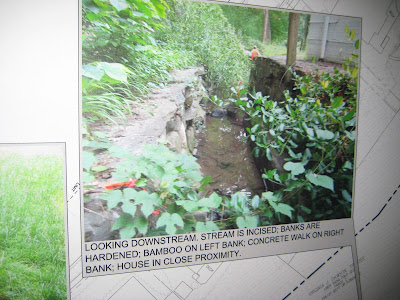 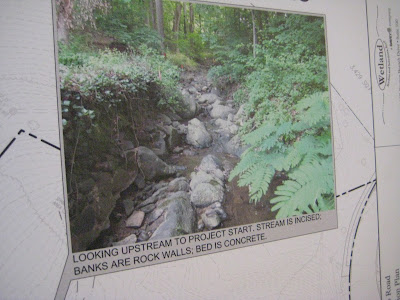 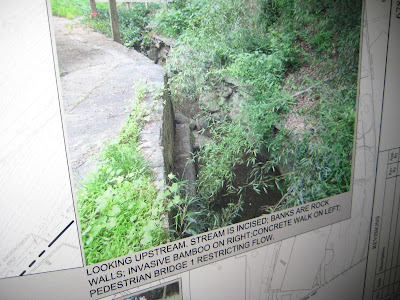 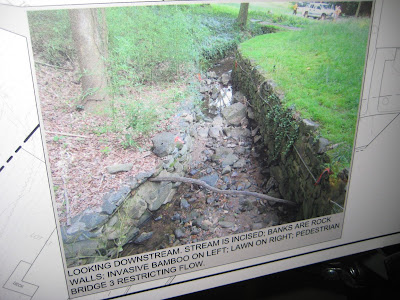 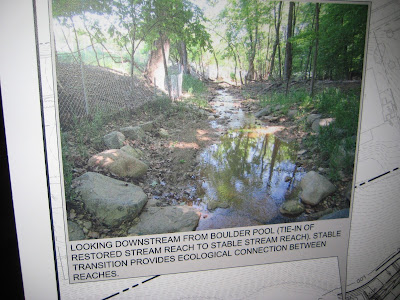 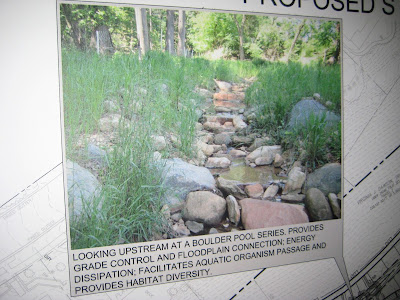 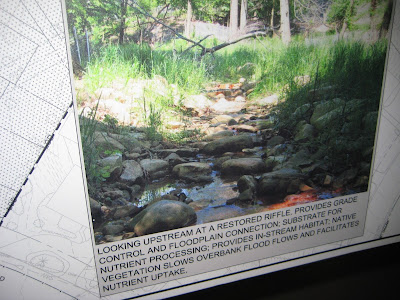 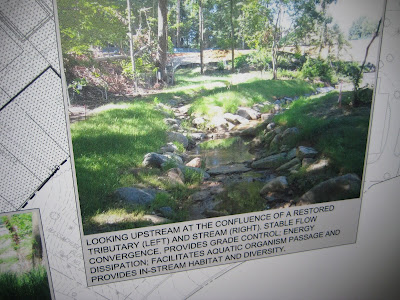 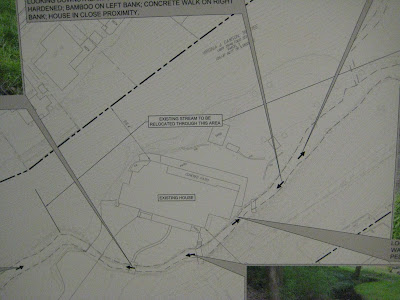 7:46 AM is sadly mentally ill. Can Mr. Leventhal connect anonymous with the proper mental health services?

He hangs out here with only hate and an obsession with Robert Dyer to get him through the day.

7:59 AM Hey anonymous, get the help you need. Seriously.
Your troll game is weak for an adult and you've got real problems. Sad!

Robert when is the next meeting? I would love to come. What site do you use to be informed about meeting locations and times, etc? Thank you.

If only Elm had said "Chump!" then we would have 100% confirmation he is Dyer

Ha yea right pussy, I'm not Dyer nor am I anybody's bitch

Elm, here's the deal. Their obsession has them convinced that comments that aren't theirs are from Dyer and that he is talking to them And they go all fanboy crazy with their "Hi, Robert!" + "notice me" antics.
Envy has to play a part too. They're out working, answering to bosses, stuck in their required schedules. Dyer is running his own life and they just can't accept that.

@818 the joke is on you if you are spending your day defending Robert you embecile.

I agree with 8:18am...the negative mentally ill anonymous guy is lonely and wants acknowledgment from Dyer. So he strikes out in childish ways here for attention, like a child.

8:22 Listen, moron. If you're going to try and insult me, at least be
grammatically correct. I'm too busy mentally correcting your errors to
be offended.
Imbecile.
Love, 8:18AM

9:11 - Aw Honey, I'm not Dyer and I'm not Elm. I'm the one who calls you fanboy. You really should get your meds adjusted, please see a Dr. I've been recommending it for a few years, maybe now is the time to do something about it.
Love, 8:18AM

Too much to handle @9:11 ? Can't take the heat, then stay out the ktichen. You and your grammer are making it hard for me to even continue trolling you.
<3 8:18AM

"[Dyer] is lonely and wants acknowledgment from [everyone]. So he strikes out in childish ways here for attention, like a child."

Fixed it for you.

Hi 10:29 AM: Nope. You are the lonely man child looking for attention from Robert Dyer.
You desperately want attention and respect from Robert.

You can get help for your issues. Please do so.

Wow. Judging from the comments on here, Dyer's mentally disturbed bff can't avoid defending him every chance he gets. That's so cute. I'm sure Dyer's very proud.

10:37 AM/10:38 AM Your unhinged posts just continue to validate my assessment of your mental health.

10:48 AM A voice of sanity then compared to this man child troll.

The stream was there first, and it is not the problem. The problem was that Goldsboro Road was built right in the floodplain.

2:19: I never said it wasn't. Many parkways in the area do have flooding issues because stream valleys were often used as transportation rights-of-way.