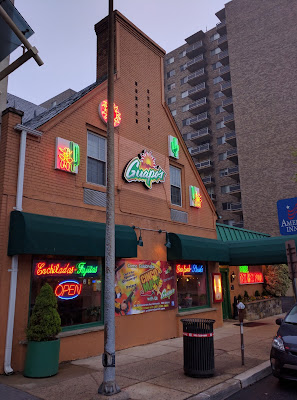 Today is Cinco de Mayo, and there are quite a few places to celebrate in Bethesda.

Longtime readers know that Guapos always goes all-out for the biggest Mexican restaurant holiday of the year, and 2016 is no exception. Their nachos were voted among America's ten best by the Wall Street Journal in 2006. Enjoy those and several chef and bar specials today, as well as giveaways and prizes. They will also have a tiki bar. They don't mention it this year, but in past years they've also had a live mariachi band. 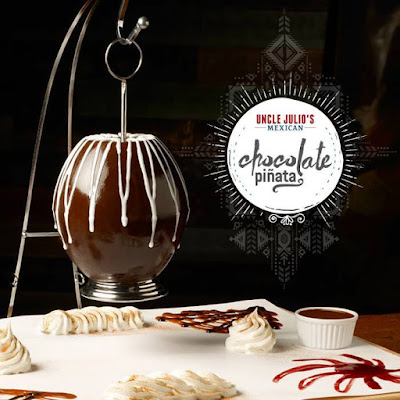 Uncle Julio's is the Mexican destination at Bethesda Row. Once again, they have not advertised any specific specials for Cinco de Mayo, but I can tell you they do have a new, must-try Chocolate Pinata dessert. A trip to Uncle Julio's is not complete without ordering their famous Swirl frozen margarita. 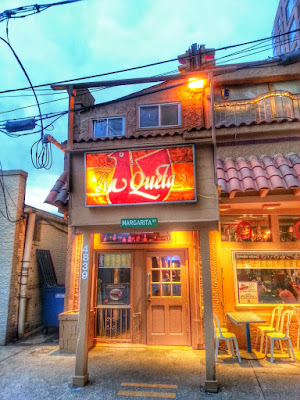 For those seeking the authentic, it doesn't get more authentic than a restaurant whose owners are actually Mexican. Tía Queta is tucked away on Del Ray Avenue, next to the Gallery Bethesda apartment tower. They've added a new soft taco menu, and will have food and drink specials all day on Cinco de Mayo.

The Mexican fast casual chain got its start in downtown Bethesda. Any purchase today will get you a coupon for a free taco, which you can redeem between May 6 and May 13.

Gringos and Mariachis is earning a regional reputation as the destination for high-end Mexican cuisine and adult beverages. Tacos + high quality tequila and whiskey = a great Cinco de Mayo in Bethesda.

Dyer which is your personal preference? I tend to frequent Guapo's more. Julio's is more convenient though. Thanks in advance for your advice!

Easily the most racist post you've ever put up Dyer

Mexican on Cinco de Mayo? What a revolutionary idea!

I'd like to know where exactly Mr. Dyer will be celebrating tonight?

Holy smokers Dyer, I thought this was gonna be your review on Grapefruit skinny margs. We all know the tortilla with rice meat beans and cheese will be fine at any of these places.

Yes Uncle Remus, I know the catfish are huge...

Kind of like those ads that used to run on Channel 20 back in the day.

"Available at all four Mortons!!!"

@716- Dyer's mom only allows him to drink egg nog at christmas time. he has no clue where to find a good marg

" They don't mention it this year, but in past years they've also had a live mariachi band."

This year they will have a DEAD MARIACHI BAND!

where will donald trump be celebrating stinko de mayo this year? how about next year as president trump?

President Trump? Who will be serving our beans and rice if he gets elected? Syrian refugees maybe??

Dyer Quit sleepin! Your mom is ready for dinner!!!

Meet me on the corner of Wisconsin and Glensboro at 5 PM - let's settle this feud once and for all.

Ha ya rite I'll be bar hopping around all of "Robert's" Cinco de Mayo suggestions. You'll have to guess which one!

Nice write-up Robert. I look forward to visiting some of these cool places soon. Lastly, I expected all these sorry ass Hands lovin trolls to disappear after the Westbard vote?

@4:05PM The sad thing is these aren't from local pre-teens like it sounds. Nope, these are adults. Makes you wonder what values they teach their children. "It's okay to say terrible things about others online, truth or lies, just stay anonymous."

They'll get tired of talking to themselves at some point.

4:53 Have their kids read their blog comments out loud!! Too funny.