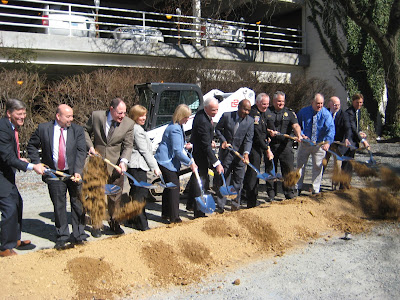 Montgomery County officials, and dozens of uniformed police officers, joined developer StonebridgeCarras and project partners to break ground on a new 2nd District police station Wednesday. The station at 4823 Rugby Avenue will replace the dilapidated downtown Bethesda headquarters, that opened when Chief Thomas Manger was in the first grade in 1961. 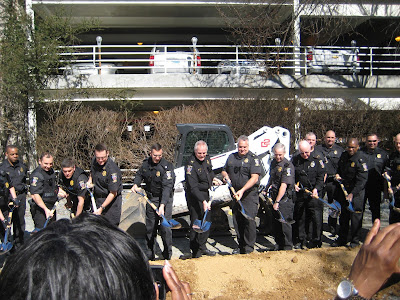 StonebridgeCarras, as part of a land swap with the County, will now be able to redevelop the prime real estate the existing station sits on at Wisconsin and Montgomery Avenues. With Douglas Development's sale of its 8008 Wisconsin property, StonebridgeCarras is establishing itself as one of the commanding players in post-recession downtown Bethesda development. StonebridgeCarras principal Douglas Firstenberg toasted the firm's second major public-private project partnership in downtown Bethesda at yesterday's ceremony.
Firstenberg predicted similar results for the coveted police station site, promising they would "take one of the great corners in Montgomery County and really bring a trophy building." "We had a challenge," Montgomery
County Executive Ike Leggett recalled. "The challenge was to find a way to convert a property the County owned in this area," and also get a replacement for the existing but crumbling police station. Leggett exhorted the crowd gathered to give police officers "a round of applause. They've done a wonderful job." Referring to StonebridgeCarras, Leggett proclaimed, "I am delighted with this partnership."
Following Leggett to the podium, Manger referred to the dough-heavy spread of food at the side of the tent and joked, "It was tough for you to not make a cop-and-donuts joke, and I thank you for that." Describing the deplorable and non-functional condition of the current 2nd District station, Manger noted that crime victims often have to talk to detectives in the public lobby of the station. "There's no place to take them to talk." The chief vowed that wouldn't be the case at the new station, which will even have meeting space for community use.

Thanking 2nd District commander Captain David Falcinelli, Manger said he also wanted to show his appreciation for "the cops who work in the Bethesda district," who've had to deal with the decrepit conditions of their current headquarters. Acknowledging the sizable police presence at the groundbreaking, Manger hinted at the many years it took the County to finally deliver this long-promised facility. "I know why they are here," Manger said. "They want to make damn sure" the station finally gets built.

StonebridgeCarras' Jane Mahaffie predicted the new station would be completed by next year. 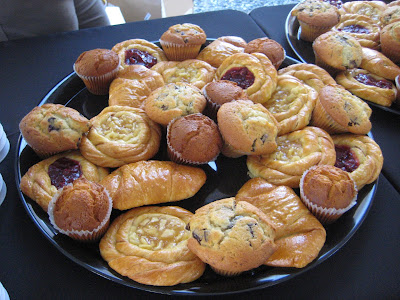 Woodmont Triangle neighbor Heckman's Delicatessen provided the food for the ceremony. Click on any photo to enlarge for greater detail: 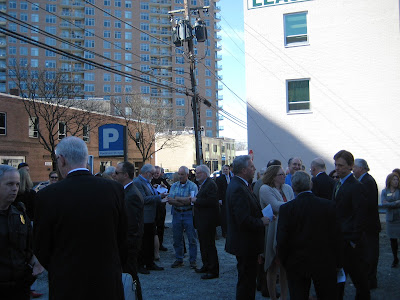 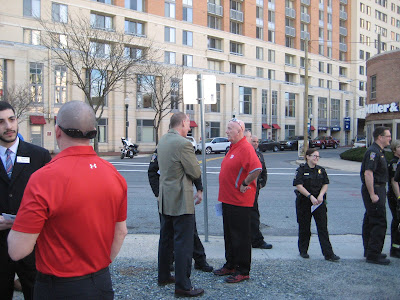 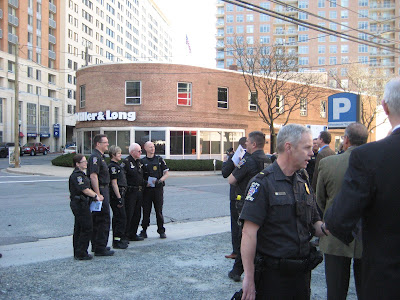 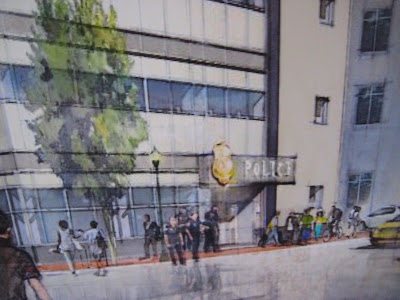 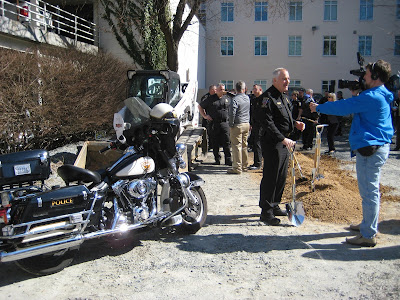 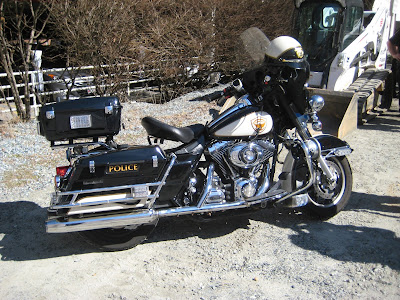 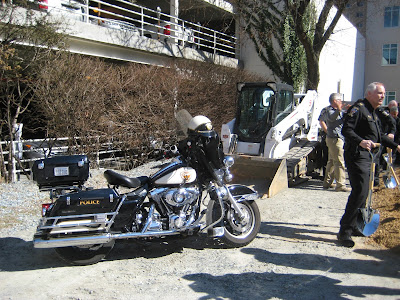 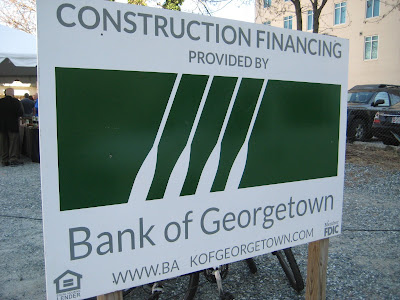 Awesome job by the county to get this public private deal to go through that makes sense for everyone.

Still hard to imagine that the leetle tiny gravel lot I parked in for 15 years is gonna be a big-ole police station. It seemed seriously small back then.

What! A tray of pastries and no DOUGHNUTS, what a cop-out.

When Dunmor's comes down, that will be the last gravel parking lot in downtown Bethesda.

The Palisades apartments land on Cordell once was a huge gravel lot.

Hopefully the existing site of the station at Wisconsin and Montgomery gets appropriate density in the new sector plan, so we can get something really tall (290') and eye-catching there.

And a huge "thanks a lot" to MoCo and the developers for the upcoming reduction of several (already limited) parking spaces in the public parking garage. Having available parking in this garage is critical to the residents in the numerous surrounding residential buildings. Unbelievable.