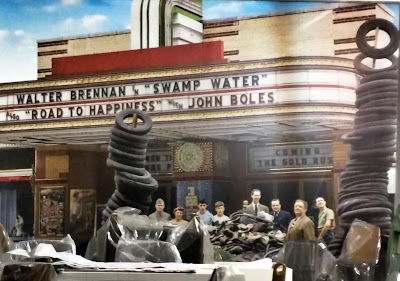 Environmentally-friendly features like a green roof and solar panels will dominate the exterior of the future TD Bank at 7628 Old Georgetown Road in downtown Bethesda. But inside, a historic downtown landmark is the central feature. 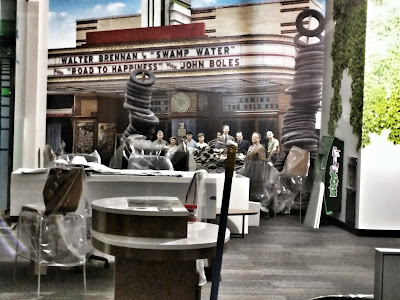 A large mural depicts the Bethesda Theatre, which opened in 1938 as The Boro. The marquee announces a 1941 film, Swamp Water, starring Walter Brennan. In between those dates, the theater was renamed the Bethesda Theatre. Now, what the stacks of tires represent, I'm not sure. There is also a group of people standing in the foreground of the image. 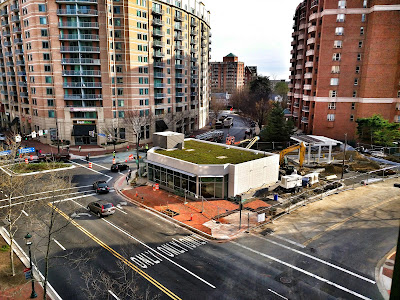 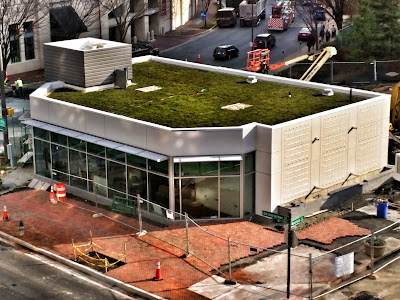 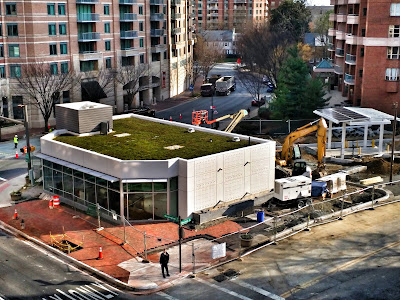 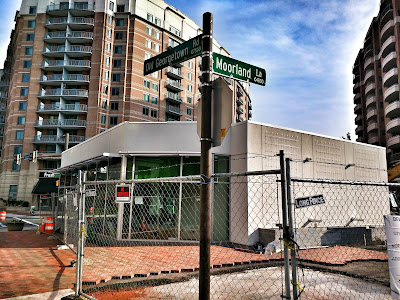 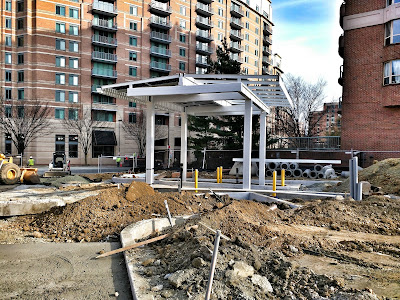 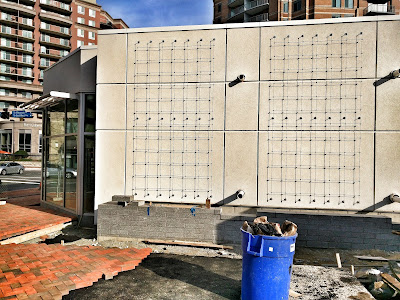 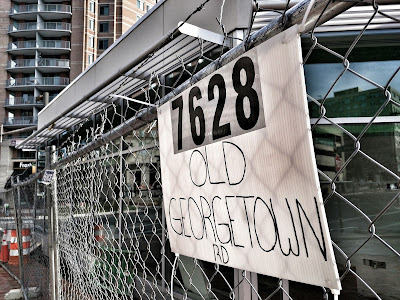 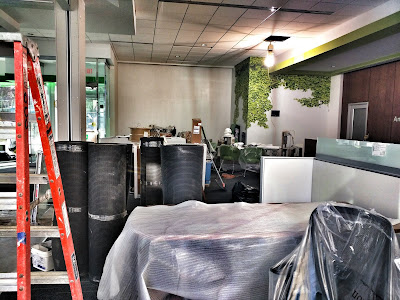 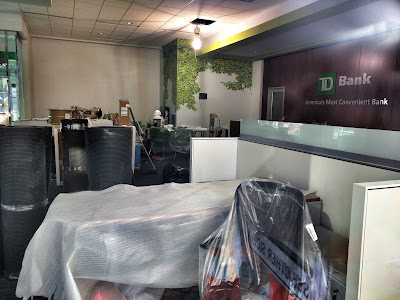 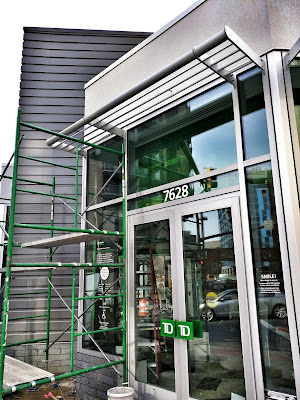 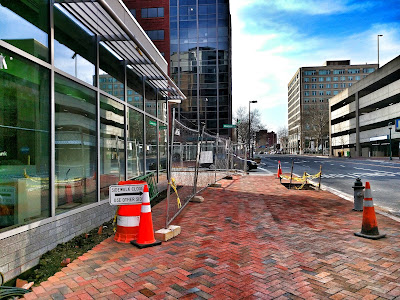 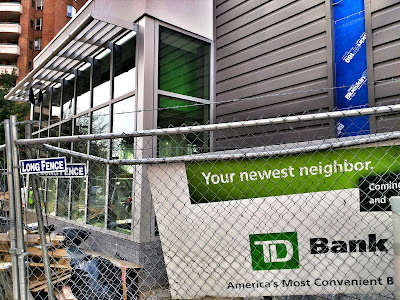 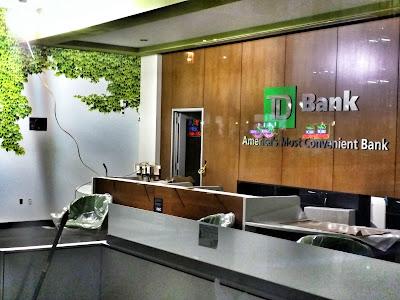 Speaking of murals, how is that Greenhill building where the homeless shelter used to be, doing now? Is it any closer to becoming...anything?

It's a Greenhill building so it's designed to stay empty.

Just think... they could have split Westbard's quota of 300 low-income apartments between this site and the other TD site on Wisconsin Avenue, and Westbarders would never have to deal with folks who don't look like them.

The stacks of tires in the mural are most likely a nod to the working class lives of TD bank customers.

That is an extremely awkward opening paragraph, "While.... But....". Style guide get lost?

Glad to see a low rise with a green roof. All these highrises are great but the views of downtown Bethesda from up high to down low is all ugly rooftops littered with venting and ducts and equipment and water.

@7:23 I agree with you whole-heartedly. My husband said that last week Netjets sent his plane on a departure route from Dulles that allowed them to get a good view of Bethesda from the air. He said the green roof looked great from the air. We need to think about the way we look from all angles in a community like Bethesda.

A 3 to 6 hole miniature golf course would be nice up there.

Or a mini-tent city to house the folks that used to live in Greenhill's vacant former homeless shelter.

The tires were old tires that were donated to help the war effort, when new rubber was in short supply.

The "progressive Bethesda family" I take it?

I hope your husband didn't have to suffer on a cramped Cessna Citation. Gulfstream V is really the only way to fly.

8:50, other inquiring minds want to know if he left the Tesla at the Netjets parking lot? If so, what will the Au Pair drive the twins around in to get them to lacrosse practice.

My husband takes his 911 when he needs to travel. That way, I am left with our more practical vehicles to keep the household functioning. When the twins go to lacrosse, it is usually in the LR4 because the Tesla does not have enough room for their gear. Our Au Pair does not like driving the LR4, but she is getting better at it. I don't believe they have them where she comes from. I have been driving the Tesla the most lately, especially with the new spring lines coming out.

My husband's company's Netjets share is definitely a Gulfstream, but I am not sure which model. I do not usually read up on that sort of thing.

"Our Au Pair does not like driving the LR4, but she is getting better at it. I don't believe they have them where she comes from."

10:01, your satire is always very well written and subtly nuanced. Either that or as 1:10pm put it "wow" indeed.

I'm not sure it's satire. Sounds like many of my Bethesda neighbors.

Yeah, I was really just joking. Self-aware is not a phrase I would use for 10:01. Still, the part with the Tesla and the spring lines cracks me up. I'm surprised she isn't complaining that Saks Jandel doesn't have valet parking. I wonder where that poor au pair is from? Probably counting down the days until she can get back there...

This building is a complete eyesore and looks incredibly cheaply made. Such a shame that the county allowed this to be built. A waste of space and having a bank does absolutely nothing for the Bethesda community. Same goes for the other TD project on Wisconsin Ave -- and to top it all off, that project has had late night, extremely noisy conduction for weeks. Do they still have a noise waiver? One night the noise was even louder than jack hammering at 3am and they was NO need to close a lane on Wisconsin -- it was simply blocked so the contractors could park their pick-up truck!

4:07: I'll have to go back and check what the end date on their waiver was.

Yeah. Another night of zero sleep. The jack-hammering started at 9:30pm tonight.

Why aren't they required to post the dates of their allowed closures? Is there a penalty for going past their allowable time?