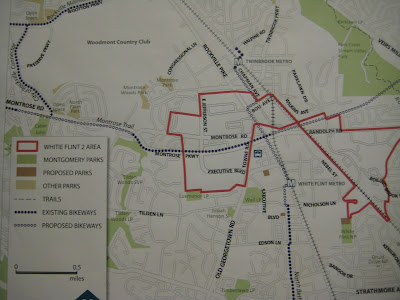 Montgomery County Planning Department staff gave attendees a chance to vote on what types of park facilities they would like to have in a redeveloped White Flint 2 sector of the Pike District last night. Old-fashioned Mother Nature's "grass and trees" and "a place to run or bike" won out over skate parks, dog parks, and places to meditate. Event spaces were a distant third choice.

Area residents and other stakeholders at last night's meeting were also encouraged to suggest their own types of parks. Their suggestions included fitness stations, a trail loop, "quiet nooks for lounging and reading," a pedestrian plaza like that outside of Barnes and Noble at Bethesda Row, an outdoor interactive fountain similar to that at Georgetown Waterfront Park, soccer fields, a bikeway connected to Rock Creek, a disc golf course, a parkour trail, and turning the Park & Ride lot at the Rockville Pike/Montrose Parkway interchange into a park. The latter would be one of the easiest ideas to execute, as Montgomery County already owns that land.

Attendees also discussed how to discourage cut-through traffic in the Randolph Hills area, ways to separate retail traffic from residential traffic on Boiling Brook Parkway, and how to locate some parks near current or future schools. 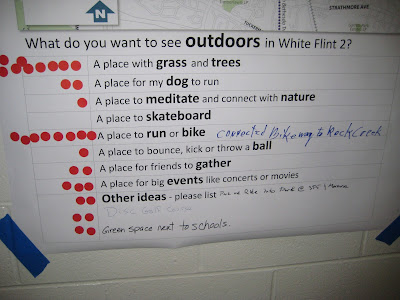 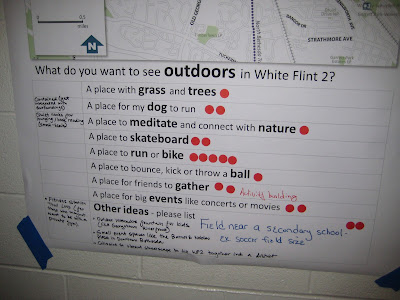 So if they get that then the developers get more density is that how it works?