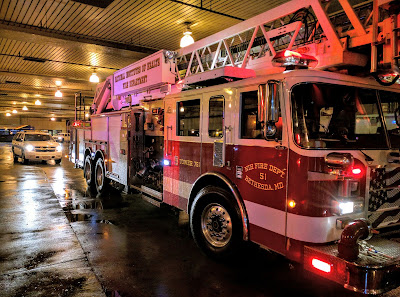 Update 8:03 PM: Trains are no longer single-tracking on the Red Line

Montgomery County Fire and Rescue personnel responded to reports of smoke coming from the tunnel at the Bethesda and Medical Center Metro stations around 6:45 PM tonight. An arcing insulator was again to blame. MCFRS spokesperson Pete Piringer says Metro maintenance crews have taken over the scene, and the situation is under control. Firefighters were seen rolling up their hoses on the surface at the station.

Both stations are open, but inbound trains are bypassing the Grosvenor, Medical Center and Bethesda stations. Meanwhile, WMATA says they are single-tracking the Red Line between Friendship Heights and Grosvenor. 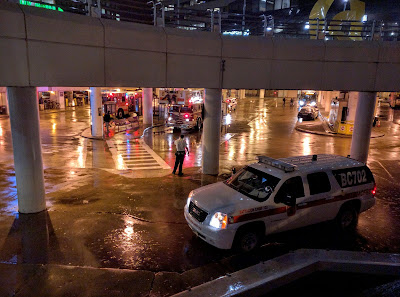 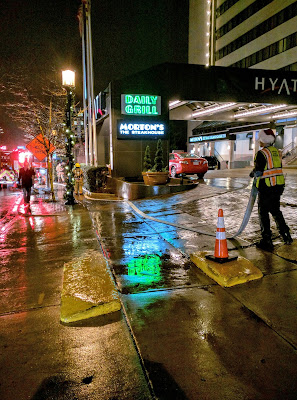 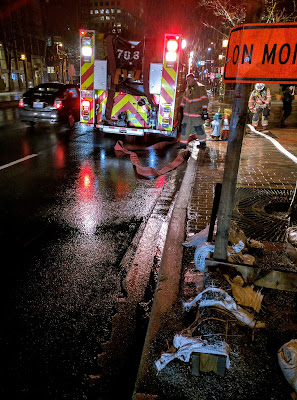 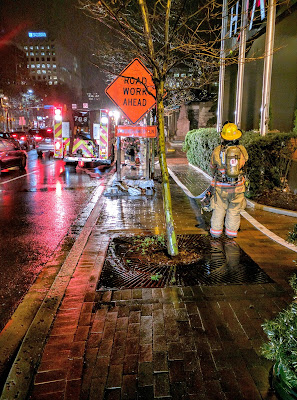 I hate the word "arcing". It really ought to be spelled "arcking" to indicate the pronunciation. Otherwise it makes one think of "arseing" which sounds gross. But perhaps it is an accurate description of what that insulator is doing to Bethesdans tonight.

Yes, let's change the spelling of a word because an individual doesn't know how to pronounce it, and thinks their mispronunciation sounds "gross". God forbid they learn to pronounce the written word properly.

The red line has been a mess this year, and the primary culprit is the "arcking" on this stretch of track. I originally thought Metro's plan to shut down the stretch entirely for repairs was crazy, but it's starting to sound like a darn good idea.