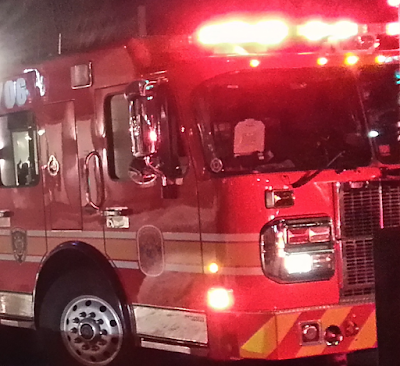 Firefighters responded to a house fire in the 6600 block of Tusculum Road in Bethesda early Saturday evening. They found an active fire in the basement laundry room, which they were able to prevent from spreading further. Montgomery County Fire and Rescue spokesperson Pete Piringer said the initial investigation suggested the dryer as the cause of the blaze.

No one was hurt in the incident, which took place in the Tusculum/Grubby Thicket neighborhood.
Posted by Robert Dyer at 5:00 AM