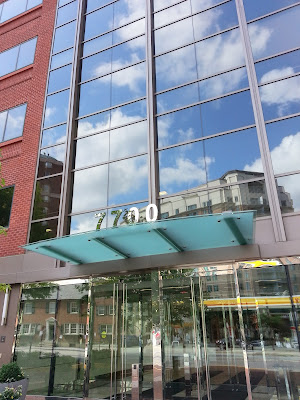 Monument Bank is in the process of moving its Crescent Building branch at 7475 Wisconsin Avenue over to 7700 Old Georgetown Road. Monument recently relocated its headquarters to Rockville, but intends to make this new Bethesda location more than just a branch.

At 7700 Old Georgetown, it also plans to open a new Bethesda Regional Banking Center, as well as house offices for several business development officers. Monument CEO H.L. Ward will have a second office here, as well as his main office in the Rockville headquarters. That is because Monument wants to continue to be an active presence and community bank in downtown Bethesda.

The bank has now posted some Coming Soon signage in the windows of its future home, which is on the ground floor of B.F. Saul's renovated Garden Plaza building. Monument Bank was founded in 2005 in downtown Bethesda, and currently employs 70 people. 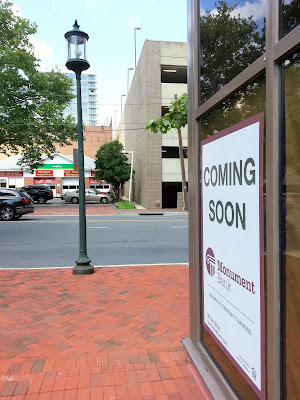 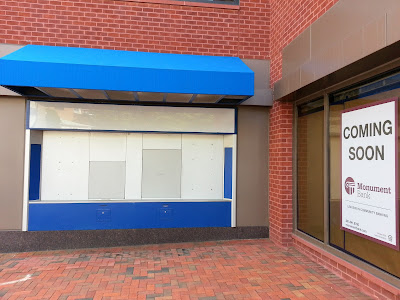 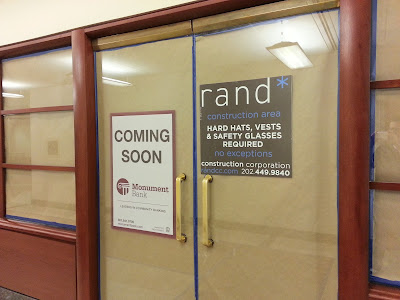 So what exactly is a "regional banking center"? What will it have other than a couple of ATMs and a lone teller for the old folks who can't or won't use ATMs?

Good thing it's just outside of the Triangle and not wasting useful space.

6:48: I think it refers to having bank executives on-site, as opposed to going into a TD Bank, SunTrust, etc., where the CEO and other top officers are in a far off city when you visit their local branches.

Why would one need a CEO on-site, to use an ATM?

On-site people who can make decisions and sign off on things... like loans, letters of credit, and banking references. Tellers can't do that.

7:20: Along the lines of what 11:13 said, that's more an asset to the business client, and they've said they want to stay active in downtown Bethesda after opening headquarters in Rockville.