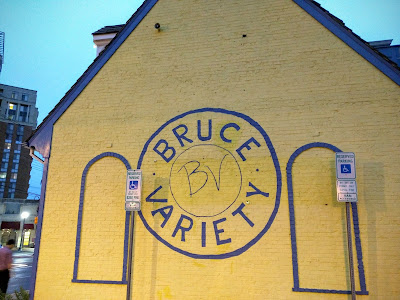 Bruce Variety has closed in Bethesda, truly the end of an era in downtown retail. The variety store has operated continuously since 1953, one of the oldest businesses still open in Bethesda. In 2013, the store moved from its legendary location in the Bradley Shopping Center to Woodmont Avenue, which had less foot traffic and required paid parking on weekdays.

That move appeared to be the death knell for the store, as there were few customers inside whenever I stopped by the new location. In contrast, the beloved original location's narrow aisles were often cramped with people. Without easy access (not to mention free parking) for Bethesda residents making their usual rounds at the Bradley Shopping Center - Strosniders Hardware, the barber shop, Bradley Care Drugs, Bradley Food & Beverage, to name a few - "Bruce" ended up being dropped from the afterschool or weekend routine by many families.

When I broke the story on May 18 that the store would be closing, the actual closing day was still undecided. Ultimately, the store's final day was Friday.

Meanwhile, "replacement" Bradley Party & Variey remains open at the Bradley Shopping Center. As I reported last week, the ownership of the shopping center is now exploring its future options for redeveloping the property, according to their attorney, Jody Kline of Miller, Miller & Canby. 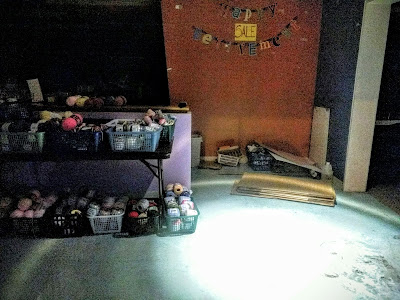 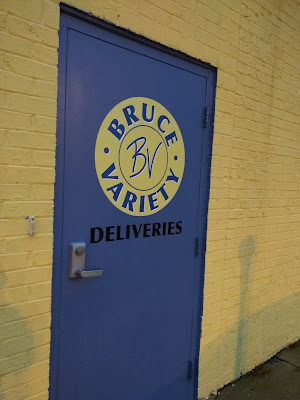 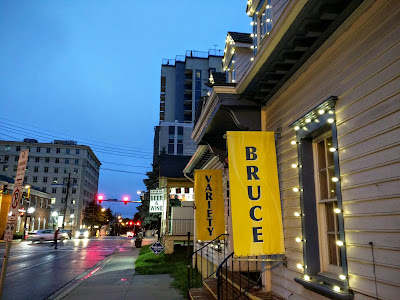 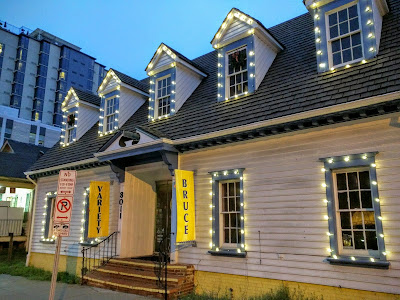 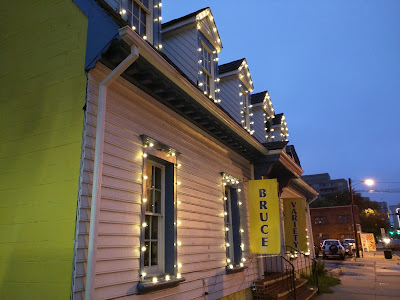 Pretty big parking lot right next door and a county garage across the street, not to mention street parking. So car access wasn't the issue. Woodmont Triangle seems to be dying for retailers and restaurants....


What's going in its place?

The parking lot is not "pretty big" and the county garage is not just "across the street" but a block away.

Bruce just wasn't viable as a stand-alone store in that area. Bruce was always the place you would go as part of a larger shopping trip.

The turnover rate for restaurants in the Triangle seems to actually be lower than for Bethesda Row, at present. Retail, except for sites threatened by new construction, is doing fine.

Bruce's failed to innovate and keep up with the times, and that's what did them in. Why were they losing customers? Poor selection, high prices, and poor management decisions.

You can be sure they wouldn't be closing if they were doing great.

I bet they'd do OK somewhere in a suburban strip center.

A lot of the trips are school related. Folks don't have time to wait to order poster board and other school project supplies online. They need it now and Bruce's had everything.

Didn't someone parking lot next door from the county? Maybe they could also buy this building and really fill out this block of Woodmont. Seems out of place and doomed to continue to fail with direction Downtown Bethesda is heading.

A block away is too far?

I grew up elsewhere, but there was a strip mall near the after-school busline with a memorably unique, non-essential store that essentially ended up a hang-out. Being in that convenient location near somewhere we had to frequent anyway made the difference. We browsed crowded inventories coming away with everything from imported gum and D&D maze maps to fountain pen ink or Far Side greeting cards.

It's funny how such a little place can have unwittingly supplied so much. The inventory became secondary to the experience and memories. Some places end up like a trusty pal. It is sad when they go. ~*~

This location that they moved to looks like it was the original Sir Walter Raleigh Inn. Used to love going there. I lived off of Bradley and Fairfax Dr. and spent a lot of time in the Bradley Shopping Center and at Bruce's.

Farewell Bruce's. Wherever school supplies or Halloween costumes are bought, the wind will whisper your name.

ohmy.. where will i buy my weird stuff that is so random that nobody needs it except once every 10 years? Sad to see it go..the name says ig all "Bruce VARIETY"-- and "variety" says it all..
I recall even more fondly --" Joe's Variety Shop" right off Wisconsin Ave. Across fro the old Sears Store.. so much stuff that ht only had 1 aisle down the center...and Joe sat in a tall chair at the end of the narrow aisle... I recall so many treasures from both stores....

ohmy.. where will i buy my weird stuff that is so random that nobody needs it except once every 10 years? Sad to see it go.."Bruce VARIETY"-- and "variety" says it all..
I recall even more fondly --" Joe's Variety Shop" right off Wisconsin Ave. Across from the old Sears Store.. so much stuff that it only had 1 aisle , which went down the center. of the tiny store.....and Joe sat in a tall chair at the end of that narrow aisle... I recall so many treasures from both stores....