The Darcy, The Flats at Bethesda Ave. celebrate their grand opening - and you are there! (Photos) 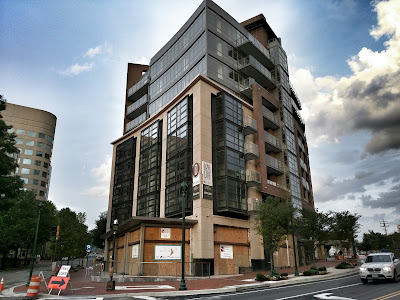 Yesterday, the 11-year Lot 31 project came to fruition in downtown Bethesda, with the Grand Opening of The Darcy condos, and The Flats at Bethesda Avenue luxury apartments. It also included a 900-space public parking garage that lies beneath both buildings. Developers StonebridgeCarras and P.N. Hoffman joined Montgomery County officials for a ribbon cutting and party, in the grand two-level club room of The Flats.
Originally planned as an outdoor event, an angry thunderstorm and a monsoon of rain caused a change in plans. In the safety of the club room, County Executive Ike Leggett promised a project like this would not take 11 years again, after the county's development process has been streamlined.

Here are pictures from the grand opening bash, which will be followed below by tours of The Darcy and The Flats: 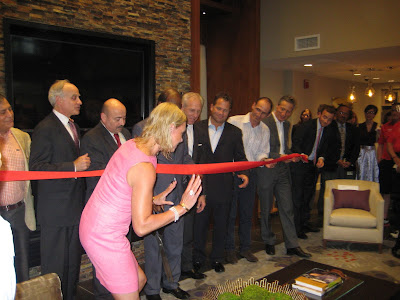 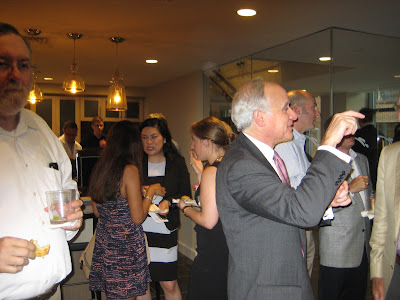 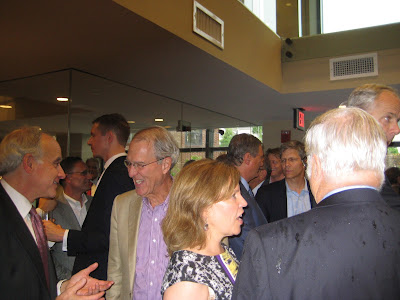 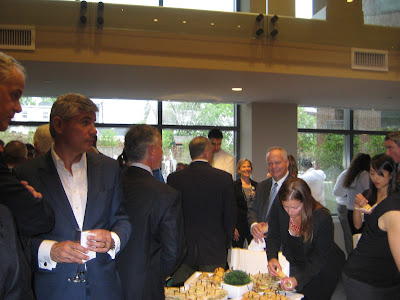 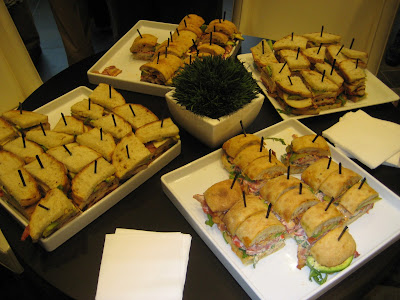 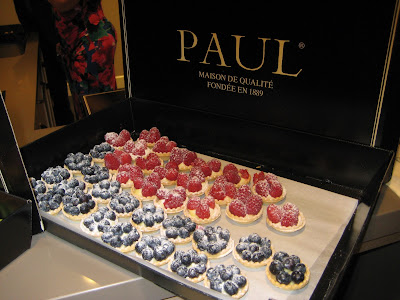 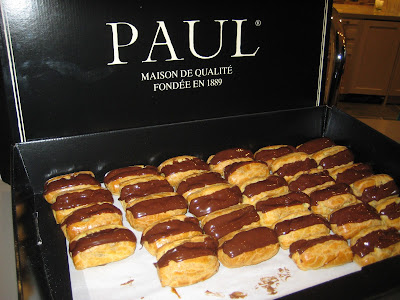 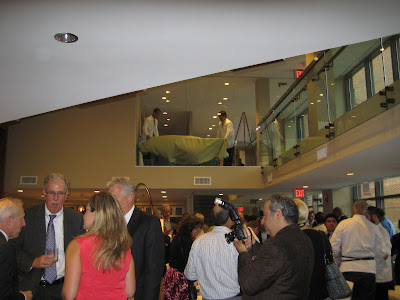 The Flats at Bethesda Avenue features 162 units, and offers 1, 2 and 3-bedroom apartments. These luxury units feature hardwood floors, elfa shelving, premium GE appliances, and - in some cases - balconies and patios. Designed by Bethesda-based SK&I Architecture, The Flats also has a fitness center, the aforementioned and pictured Club Room, and a rooftop patio complete with city lights views and a demonstration kitchen. Neither rooftop at The Flats nor The Darcy was open for tours yesterday, however. Well, let's head to the model unit. 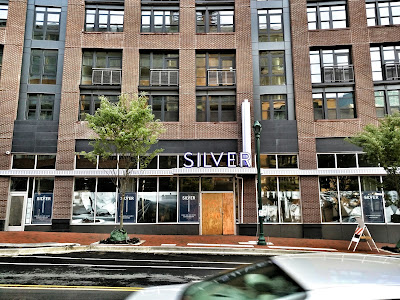 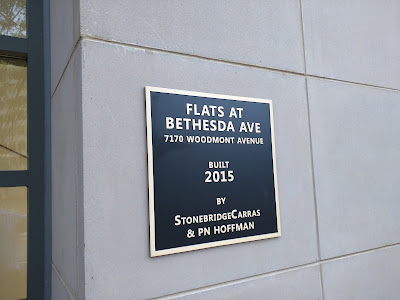 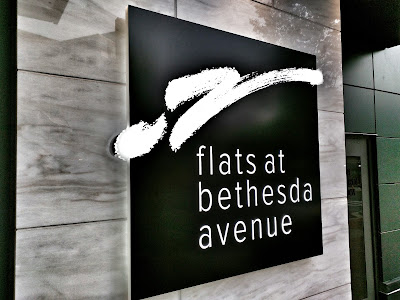 It's tough to say goodbye to The Flats, but now we're heading across the street to The Darcy condos. 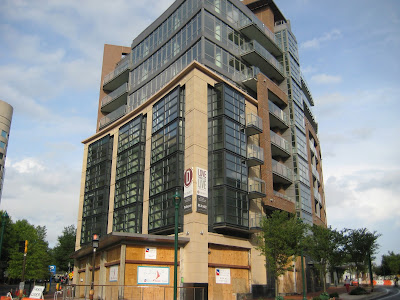 Like The Flats, The Darcy gives you a choice of 1, 2 or 3-bedroom units, but these are 88 luxury condominiums as opposed to rentals. Also designed by SK&I, these units have granite and quartz countertops, Bosch and Thermador appliances, and natural stone bathroom floors. Concierge service is another bonus, with concierges taking care of car detailing, grocery delivery, prescription pick-up, dry cleaning and housekeeping.

The Darcy is named for William E. Darcy, a founding father of what is today known as downtown Bethesda. History is a theme here, as you'll see in our tour: 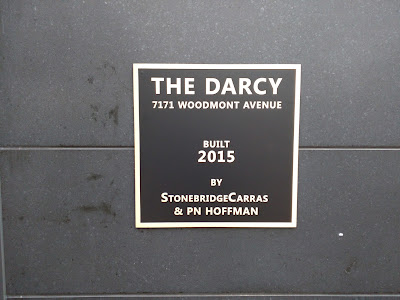 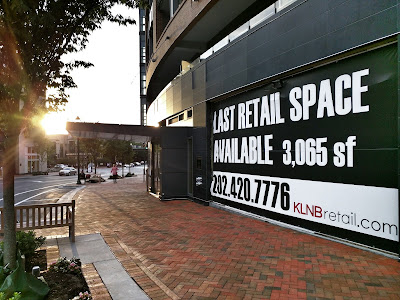 113 pictures for a single article, all posted in-line? That's insane. At least use a slideshow like you do for your mobile site.

This is great; thanks for all the info, Robert. Sorry you have a troll who can't say anything nice but still won't shut up.

As for how long it took, the very first step, a call from the county for community comments about what to do with log 31, took place in 1998. So, it's almost 20 years.

The units look nice. Any idea on pricing? Are they condos or apartments?

I'm on 3G and the photos loaded fine.
Perhaps the wifi having problems at the Bethesda Mag offices today?

Come on guys, for all the crazy things Dyer says this is actually a nice in-depth coverage of the event and space.

7:15: That's another one of your fake talking points, where you claim that because I oppose some projects that I am somehow against all development. Complete baloney. I never testified against this project, nor am I opposed to development in downtown Bethesda. On the contrary, that is where the development should be - near Metro.

"If they even know he's there." They invited me, you buffoon.

7:42: Thanks for the sideways compliment, but I don't say "crazy things". Anybody who's a regular reader doesn't have a clue what you are referring to.

6:32: I didn't hear any pricing yesterday, but the Darcy is condos and The Flats, apartments.

6:20: It was a huge project, a huge event, and it takes a lot of photos to deliver a full report. You've got a complete tour of a unit in each building here, for Pete's sake. Basically, whatever people wanted to see inside or know about these buildings and yesterday's event is here in this article. I don't see any irrelevant shots here. Ike Leggett said 11 years, so that's the figure I used, by the way. I don't dispute you are correct about 1998 in that regard.

I wonder why they didn't talk about pricing? Your photos make the buildings look very appealing, so then I wonder.. how much? I may be interested.

It would be like going to an auto show where they introduce some sleek new BMW, but never mention how much it costs. Was there no Q&A period during the presentation?

Looks great. And the photos are welcome...I felt like I was there on the tour.
Certainly better than attending an event and posting two photos.

8:36: I'll check on that. I did link to the websites in the post, assuming they would have pricing on those.

Nice pictures, good story. Could have mentioned that this is delivered more that 8 months late, and that it was a dirty construction site, with little consideration for pedestrians or trail users.

It also shows that Ike Legget is fully in the hands of the developers. We need a different council, soon.

Official towels for the Flats? WTF kind of place is this?