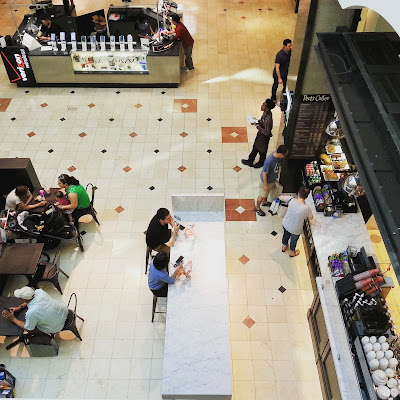 After a long delay, Peet's Coffee & Tea has opened at Westfield Montgomery Mall in Bethesda. It is located near bebe and Talbots on Level 1, in the Sears wing of the mall.

While Peet's is a kiosk, it does have seating available, as well as spots to work on your laptop - which customers were already taking advantage of on Saturday.

Not only is the kiosk new, but they are also offering two new iced coffee drinks right now, Cold Brew and The Black Tie.

This is Peet's second Bethesda location, with the other being in downtown Bethesda at Old Georgetown Road and Woodmont Avenue. Peet's took over several locations of Caribou Coffee in the area last year, after both chains were controlled by the same ownership. 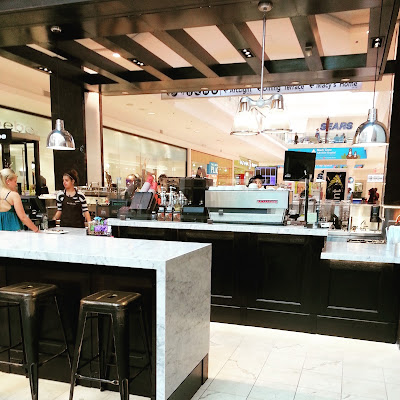 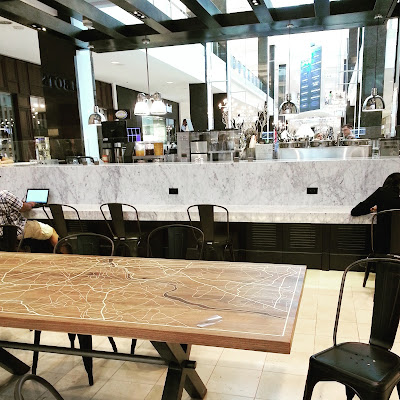 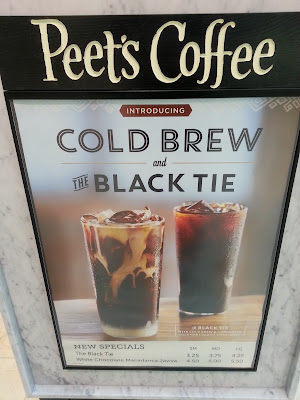 "After a long delay"

And which failed business was there previously?

Peet's Coffee was there for a long time but was removed for mall renovations. Now it's back, with what looks like a nicer kiosk and better seating.

Peet's used to have a monopoly on coffee in the mall since there wasn't a Starbucks until about a year ago. (Yes, amazing that a mall, in Bethesda of all places, didn't offer Starbucks.) Now there's Starbucks, Peet's and aroma espresso bar.

I vote for aroma.

Nice to see pork products on the menu. Caribou was halal and they didn't have any bacon, pork sausage or ham on their menu.