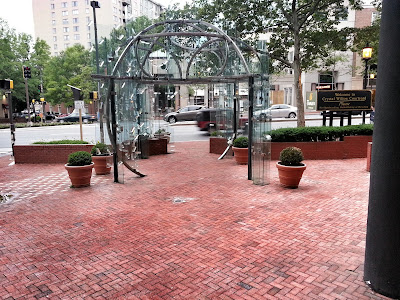 Presented by Guardian Realty in the Willow Garden Theater at the Bethesda Gateway Building at 7201 Wisconsin Avenue and Willow Lane, the series will run through Wednesday, September 16. Don't worry if you missed earlier acts The James Bazen Project and Chuggalug - they will have encore performances later in the series this September.

Cool they are doing concerts. Not sure I agree that it's a "very nice venue for an outdoor concert" - it's right next to a busy highway, has a restaurant on one side, street on the other, lots of hardscaping, a weird public art piece right in the middle blocking space...